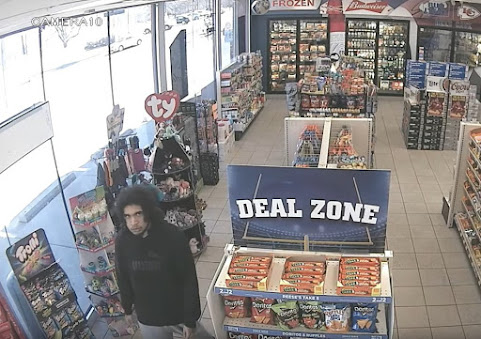 We're almost at the weekend and hoping, pray for peace during this tumultuous election year. Accordingly, in order to better inform and educate our reader community. We're sharing these links on all manner of ALLEGED local misdeeds along with security cam footage of an alleged bad hombre who is just slightly more handsome than TKC.


Man injured in shooting asks for help at 7-Eleven

KANSAS CITY, Mo. - Kansas City, Missouri, Police said a man with a gunshot wound showed up to the 7-Eleven at 2636 Van Brunt Blvd. around 2:15 a.m. Friday asking for help. The man was taken to the hospital and the status of his injuries is unknown at this time.

KANSAS CITY, Mo. - They say it has to stop. The harrowing sound of gunfire has come to one Northland neighborhood, and neighbors said video proves their streets aren't safe. One man living near N. Brighton Avenue and N.E.

KANSAS CITY, MO (KCTV) -- The Kansas City Police Department is investigating a shooting that happened on Thursday evening. The shooting happened in the area of 63rd and S. Benton around 5 p.m. According to police dispatch, at least one person sustained serious injuries. No other information is available at this time.

KANSAS CITY, Mo. - A metro family is mourning after a 34-year-old was killed outside KCPD's Central Patrol by a woman they say is the mother of two of his children. Last Friday, police said a woman shot Devon Nolan outside the police station in a car.

KANSAS CITY, Mo. - A Kansas Highway Patrol officer shot a man who fled from police during an attempted traffic stop on Thursday evening, according to the Kansas Bureau of Investigation. Around 7:45 p.m., a trooper spotted a stolen tag on a black Chevrolet pickup in Douglas County along the Kansas Turnpike.

KANSAS CITY, Mo. - Investigators and family members of a 16-year-old killed 30 years ago in her Kansas City home continue to hold out hope that the case will be solved. The murder of Fawn Cox drove her sister, Amber Gonzalez, mad for years. "I ended up in the hospital because I got so overwhelmed," [...]

KANSAS CITY, MO (KCTV) -- The Kansas City Police Department is trying to identify a suspect who robbed a gas station in early February. According to police, the armed robbery happened on Feb 2. around 2 p.m. at the Minit Mart at 11100 Holmes Road.

Slightly! Pshaw! That dude is HAWT and bold. Not a blogger CHUMP!

Yeah. That one parked the get-a-way camel outside.

Kansas city is getting very dangerous

Who would have guessed it???

It's why we pack a heater.

I thought Andre The Giant died.

If Obama and Gene Simmons had a son ...