Worthwhile local health conversation that deserves a look because it HITS EVERY COMMUNITY ACROSS THE METRO . . .

Here's the word from one of Kansas City's favorite hosts, Nick Haines, shared on his socials . . . 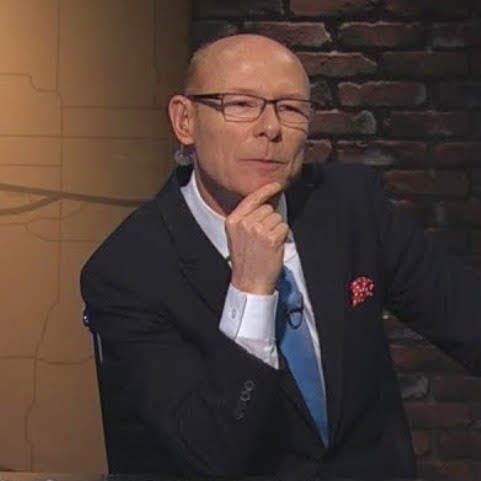 "It's not only deadly. It's one of the country's leading causes of blindness and leg amputations.

"So why isn't there a war on DIABETES?

"KCPT is partnering with PBS on its biggest ever diabetes film project. And WE want you to be a part of it.

"Join us for a pre-screening of the new documentary. And a televised conversation with experts on the frontlines of diabetes care in KC."

"It's coming,.. March 24th at the Westport Plexpod Theater.

They should have it at a fast food place or maybe a buffet just to give people a hint that they play a role in controlling the spread of this disease but don't care enough to do anything about it.

Cinnamon rolls are too good to forgo. NOTHING will change.

Will there be punch & pie?

^^^ If there is, maybe a few cots and pillows would also be appropriate as well.

Oprahs weight watchers would help many.

Keep shit like this contained to a cruise ship and keep it 2 miles off of any US coast!

Is it ok for a diabetic to eat pussy?


My sister gave her son sugar everyday. He got a box of candy every time they went to the gas station. she always put several Twinkies and ho ho's in his lunch. Never any fresh vegetables for dinner always canned or iceberg lettuce. No one on either side of the family had diabetes. At the age of 9 he developed diabetes. The whole family believes she caused this due to poor diet. I was told 90% of juvenile diabetes is caused from poor diet.

^^Wow. Thanks for that. Why don't you have any friends you can bore with that shit.