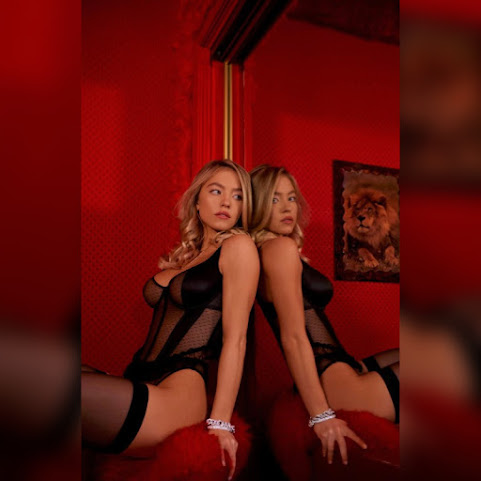 This morning hottie Sweeney inspires our 1st look at the discourse and a glimpse at pop culture, community news and other captivating items to start the day . . .


Should I stay or should I go? KC travelers weigh risks, benefits amid coronavirus concerns

KANSAS CITY, MO (KCTV) -- As new cases of the coronavirus continue to be confirmed in more states across the United States and in different countries, travel is becoming more and more unpredictable. Prices are plunging for flights, cruises and even hotels. The Centers for Disease Control and U.S.

KANSAS CITY, Mo. - From the busted-out windows to the smoke and soot residue, you could see some of the damage from Saturday night's fire at a vacant home in Kansas City's Northeast Neighborhood. "There were flames coming out of the basement windows on the east side of the house.

In conjunction with the brand's explosive growth, Rihanna's Savage x Fenty has been confirming numerous noteworthy models and entertainers as ambassadors. The latest to join the roster is Sydney Sweeney, whose ambassador status was confirmed Friday. The "Euphoria" star looks predictably fantastic in her initial lingerie shots for the brand, one of which she shared on her own Instagram account.


Are Trump's MAGA rallies a hotbed of 'hidden voters'?

It might seem like a small slice of the overall electorate, but in a 2020 race that is likely to be decided in the margins, the Trump campaign thinks it can succeed by mobilizing a few new voters and converting small pockets of traditionally Democratic voters.

KANSAS CITY, Mo. - The Kansas City, Missouri, Police Department is offering free tax help all week long. In partnership with AmeriCorps, MU Extension, and United Way the department is offering the help with no appointments necessary. Taxpayers with an Adjusted Gross Income of $60,000 or less can get free tax preparation.

Hide Transcript Show Transcript AMAZING TO SEE KANSAS CITY GOING OUT OF THEIR. NICK THE NEXT TWO TO THREE WEEKS AS WE GO THROUGH THIS COLDER SNAP WE MAY SEE AN UPTICK IN SEVERE THUNDERSTORMS ACROSS CENTRA PLAINS DOWN IN THE DEEP SOUTH AND SOUTHEAST. YOU MAKE SURE YOU'RE ARE READY FOR SEVERE WEATHER.

A$$ and political gas? interesting.

^^Thanks but we don't really listen to virgin incels because you're all creepy.

Sweeney looks great in that vintage 1970's lingerie, wish she would something designed in this Century.