Kansas City Back To The March Grind 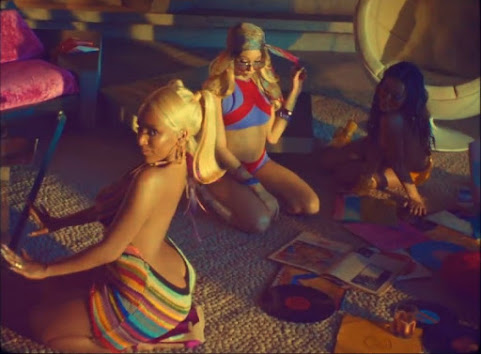 In this midday update we share generous portions of pop culture, community news along with captivating items from across the nation and around the world.


Are you ready for March Madness ... in arts, autos and (yes) sports?

Roll the highlight reel ... and start your engines... to generate some heat for March Madness n the Downtown arts, entertainment,sports and automotive scenes from Monday to Sunday, March 2-8: Bartle Hall, 301 W. 13th St.

Share The Gift Of Life With Sleaze Scummit Suburbanites

KANSAS CITY, Mo. - The city of Lee's Summit and the Community Blood Center will host a blood drive on Monday. It will be at the Lee's Summit City Hall, 220 SE Green St., from 11 a.m. to 4 p.m. Organizers say they are in need of 600 donors.

Americans are spending more time - and money - commuting than ever before. According to the U.S. Census Bureau, the average American spends 25.9 minutes a day traveling to work one way - that adds up to just over four hours every week spent in transit for work.

All About Hottie Doja Cat

Doja Cat, a rapper from Los Angeles, went viral on TikTok when her song, "Say So," was used as part of a dance challenge on the video-sharing app. The singer has now gone from internet sensation to bona fide star with a track on the Birds of Prey soundtrack, a new tour, and a performance on Jimmy Fallon's Tonight Show.

Amy Out With Biden Endorsement


Amy Klobuchar drops out of presidential race, will endorse Biden

Amy Klobuchar is dropping out of the presidential race, a campaign official confirmed on Monday. The Minnesota senator, who campaigned as a moderate Democrat who would "get things done," surprised early with a third-place finish in New Hampshire, but her campaign had sputtered in the weeks since.

Judge Judy is coming to an end after 25 seasons, host Judy Sheindlin says. At the same time, she isn't ready to hang up her gavel just yet. The syndicated court show host appears on Monday's The Ellen DeGeneres, where she told DeGeneres that the 2020-21 season of Judge Judy - the show's 25th - will also be its last.

The U.S. Supreme Court announced Monday that it will review a challenge to the Affordable Care Act's constitutionality after a group of states led by Texas claimed that there is no longer a legal justification for it.

Some celebrities took to social media on Monday to post about the unprecedented third election, but many chose not to rock the vote so much as ignore it. Among those who did acknowledge the day were actress/model Yuval Scharf, who posted a picture of herself on Instagram canoodling with her husband, musician Shlomi Shaban, next to the message, "Choose right #govote #forabettertomorrow#today."

After decades of pressure from historians and Jewish groups, the Vatican on Monday began allowing scholars access to the archives of Pope Pius XII, the controversial World War II-era pontiff. Roman Catholic Church officials have always insisted that Pius did everything possible to save Jewish lives.

Barbecue joints may be the final frontier for vegan foodies. Fortunately, from jackfruit pulled pork to tofu burnt ends, Missouri's canonically carnivorous eateries are proving that vegan barbecue dishes can be just as finger-licking good as their meaty counterparts. An all-vegan mobile food cart has taken Kansas City by storm.

KANSAS CITY, MO (KCTV) -- A Kansas City coffee shop is doing its part to reduce waste by using glass jars that customers can return each time they come back for another cup of Joe. When you go to a coffee shop, you're probably used to seeing paper or plastic to-go cups.


Spring-like weather ahead for the week

Hide Transcript Show Transcript THOSE WERE THE BIG ONES. RIGHT NOW WE ARE JUST SPRING AND WINTER, WHO IS GOING TO WIN? RACHEL: I VOTE FOR SPRING. NICK: SPRING WILL WIN OUT THIS WEEK. WE STILL HAVE WINTER TRYING TO HANG ON.