First, he joins his colleagues in the House with a strident defense of the Equal Rights Amendment. 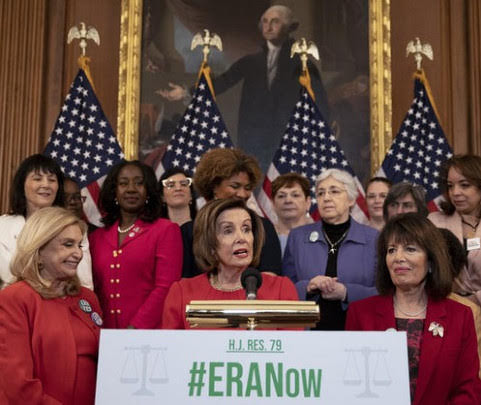 The Congressman seems to be referencing consequences and more inquiry into controversy surrounding the Roger Stone case and Prez Trump's tweets that have been called out by the Attorney General. 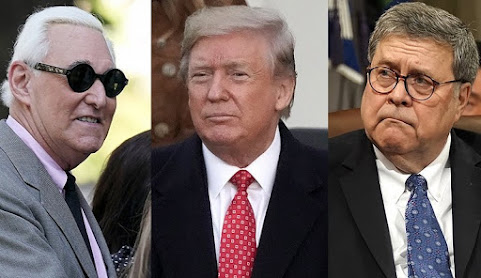 Here's the word with bold text highlights of what TKC believes is the most relevant passage:

I wanted to reach out to give you another update from your representative in Congress. First, let me start by reminding you it’s Friday, and the Chiefs are still Super Bowl champions.

Now that we have that out of the way, I wanted to update you on a couple items that are extraordinarily important for our democracy and for the rule of law in the United States. Let’s start with the good news. This week, I’m proud to say the House of Representatives passed H.J. Res. 79, a bipartisan resolution to remove an arbitrary deadline set by Congress for the States to ratify the Equal Rights Amendment.

For background, although the women’s rights movement fought to amend the Constitution 100 years ago to grant women the right to vote and participate in our democracy, many people are unaware that the Constitution still does not explicitly guarantee equality between men and women. This shameful oversight has left millions of American women to face inequality under the law and injustice in their careers, including a devastating wage gap between men and women, pregnancy discrimination, and sexual harassment in the workplace.

The Equal Rights Amendment would finally make clear to all that men and women are truly equal under the law, and I’m happy to see the House of Representatives pass a resolution with bipartisan support that could allow this constitutional amendment to move forward. As the Equal Rights Amendment continues the process of amending the constitution, you can count on me to support it.

Now, unfortunately, I have to relay some frightening news about the rule of law in America. This week, several press reports have indicated that the Attorney General of the United States—the top law enforcement officer in the country—may have improperly intervened in a criminal prosecution to protect a political ally of the President. One of the central tenants of American democracy is the idea that justice under the law be free from political interference. The principle that the Department of Justice (DOJ) be free from political intervention is critical to the rule of law in our great nation. If a President can shield himself and his allies from the law, then it won’t be long before the President begins to utilize the law to attack his political opponents. That is precisely how democracies die and banana republics are born.

While I don’t want to sound alarmist, I don’t want to understate just how serious this is for the nation. That’s why, in the coming days, I will be following up with the nonpartisan Inspector General of the DOJ to investigate these claims of political interference. It is imperative that the American people have faith in our democratic institutions, especially one as critical as the DOJ, and an investigation into these disturbing reports is that only way to ensure the Attorney General is working on behalf of the people and not simply protecting the President and his friends.

It may take weeks or months to get to the bottom of why the Attorney General intervened in the sentencing of the President’s political ally, but I will be sure to keep you abreast of the issue as it moves forward.

That’s all I have for you in this week’s report, but I hope you have a wonderful Valentine’s Day and President’s Day weekend!

Don't know if the public will tolerate another impeachment scenario. The first one led to Trump's biggest polling spike in years.

I guess they won't be calling Hillary for help with any of this.

I agree! Women must sign up for the draft now too!

The cleave with another one of his dementia filled rants, just go away already

This guy wouldn't know equal rights if it was tatooed on his forehead. I have a real problem with this guy... toxic masculinity. He is failing his own community with bullshit like MLK Blvd. He doesnt care about people's votes or rights. He is seeking re-election and he wont win.

His ass has to go this year. No More Cleaver.


Cleaver if you want to do something positive stop praising the NFL who have now entered into the political arena. They are guilty of cop hatred and racism. If you like the NFL keep it too yourself. The only alarm that needs attention is the democrats who are trying to destroy this country and also using scare tactics. We will never be together with the democrats again the country is divided. Isn't going to happen clever get over this nonpartisan crap, everything is left or right!

^^^^ Who let all the Bernie Bros loose this evening?

All the corrupt crooks running this shit hole have been using the "Chiefs Won The Superball" line as a preface to the same old bullshit they continue to dish out.

He will win with little effort. Our black constituents only look at one qualification. Cleaver is black and knows how to stick it to the Man.

^^^^No, he doesn’t. He sticks it to his own kind. He works for White liberals. He manipulates Black people. The definition of a conman.

All this anguish. Anybody going to primary him?

Some Follow Bloombergs lead of using not really liking, Obviously racist towards the Blacks and Hispanics. Tread carefully down the path of deceit by all these no moral Chosen Gods. Make the world a better place for you and me, not them.

Do that mean, he gonna pay everybody the same down at the car wash?