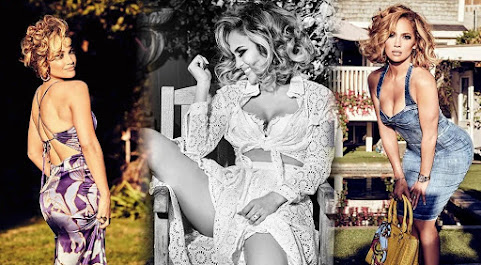 At 50-years-old JLo has been crowned the new "Guess Girl" and her enduring hotness inspires this collection of headlines regarding pop culture, community news and current events from across the nation and around the world . . .

Traffic was brought to a standstill on westbound Interstate 70 near Interstate 435 Thursday afternoon after an RV caught fire.Emergency crews were called about 3:15 p.m. to area and quickly put out the fire.All westbound lanes of the highway were closed for about a half-hour.The Kansas Highway Patrol said it does not have information on possible injuries at this time.Refresh this page for updates.

Following up on a social media post that spotlighted another mountain of trash in front of a residence in the 100 block of Cypress, city Illegal Dumping Inspector Travis Silvers paid the property a visit to determine the origin of the mountain of debris.


A Kansas City, Kansas, Ruling Allows Millions To Join A Lawsuit Over The High Cost Of EpiPens

In a major victory for consumers, a federal judge in Kansas City, Kansas, is allowing a lawsuit over EpiPen price hikes to move ahead as a nationwide class action under the federal racketeering statute. U.S. District Judge Daniel Crabtree also is allowing consumers to sue for damages under state antitrust laws.

Iconic meets iconic as GUESS? & Marciano have teamed up with J to the LO, Jennifer Lopez as the face of their newest Spring 2020 campaign. Art directed by Paul Marciano and shot through the eyes of photographer Tatiana Gerusova. The campaign features elements of classic Hollywood, think vibrancy and timeless movie star curls.

All appeared well on the field at Super Bowl 54. Until halftime. That's when some in America apparently grew offended by the booty shaking and pole dancing during the show featuring Jennifer Lopez and Shakira.

Scotland is now a big step closer to becoming the first country in the world to make tampons and pads free to anyone who needs them. The Period Products (Free Provision) (Scotland) Bill passed through the first of three stages in the Scottish Parliament on Tuesday by a vote of 112-0, with one abstention.

The U.S. stock market fell into correction territory on Thursday as investors punished equities in favor of safer assets as anxiety over the spread and potential impact of the virulent coronavirus. A correction is defined as a 10% decline in one of the major U.S.

Bull Tribute In Town Of Cucks???

Less than a month after the Kansas City Chiefs' comeback win over the San Francisco 49ers in Super Bowl LIV, Professional Bull Riders will commemorate the Chiefs' historic season and the performance of MVP-winning quarterback Patrick Mahomes by renaming a bull in Mahomes' honor.Now known as "Mahomie," the bull from Paradigm Bull Company will buck in round 2 of the PBR Unleash the Beast's Caterpillar Classic on Sunday, March 1 at the Sprint Center.

The weekend of February 29th only comes every so often. Between a lesson in beekeeping, Bar K's beer festival and Baby Shark Live, it should be a good one. 4 - 8 p.m. KC Wine Co. Vineyard and Winery, 13875 S. Gardner Road, Olathe, Kansas, is providing a little taste of summertime with this weekend's Pineapple Cider Release Party.

NFL Network is reporting that the Chiefs will franchise tag Jones.

photographs well at least and all for shaking it, overall that's a win for everybody.

How bout posting something useful.

^^^ Maybe he'll do it, right after you comment something useful!