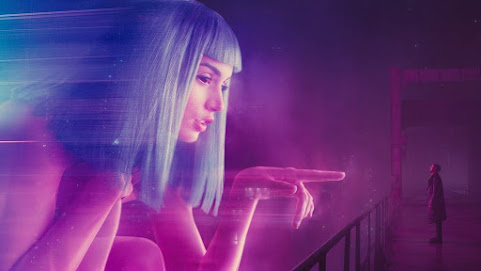 The holiday season and amazing football distracted most of Kansas City and so 12th & Oak was quick to pass controversial legislation that will fundamentally change the way this town looks at night.

To wit and because we warned about this one at the end of last year . . .

It's not quite as futuristic and beautiful as the advanced signs in Blade Runner . . . Instead, it's just a bunch of low-rent lights shining into homes creating brand awareness for low-grade merch, services and junk food.

Here's an important article on the topic from a former Council dude who knows this law better than most . . .

"KCMO’s ordinances that for years have effectively curtailed the proliferation of electronic billboards with changeable messages along interstate highways were severely weakened on December 19 by passage of a new ordinance supported by the billboard industry.

"The new ordinance allows static billboards located within 660 feet of an interstate to be converted to visually distracting but very lucrative electronic billboards with messages that can be changed as frequently as every 8 seconds as long as a much higher amount of static billboard space in the city is removed."

There's a lot of good info in the article about rules & regs that will eventually be amended again at the behest of the highest bidder.

What we know for sure is that biz has consolidated into only a few metro companies who are now fighting among each other for control of the market . . . Meanwhile, blackout curtains might be a good investment for the plebs.

Most of the companies that buy these ads don't realize it's just a sign of desperation. The brand recognition is nominal and quickly forgotten. They'd be better of focusing on improving their product or service and getting good word of mouth - That's the only form of advertising the REALLY works without having a huge budget.

Lowering prices without skimping on quality is also a good move.

Voters should get to have a say.

I bet the Fire Union had something to do with that! They need more distracted drivers to crash in order to justify their existance!!!!

^^ if you ever happen to fall & can't get up, you can wait for an ambulance to be available!

In a few years when facial recognition gets perfected the signs will change as they see you coming.

^^^ Yes, and in your case, Ana De Armas will either start laughing or throw up!