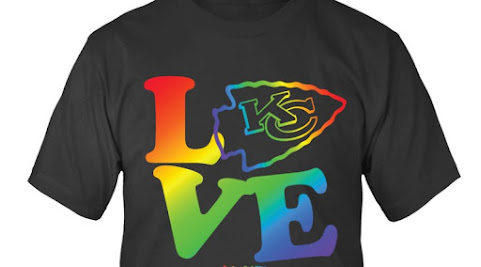 Kansas City Chiefs QB Patrick Mahomes might be one of the most beloved professional athletes in the nation right now. However, his youngest brother has a more difficult path in front of him.

One of our MOST KICK-ASS TKC READERS shares info and insight about the rising star 19-year-old social media influencer confronting online bullying.

"I like how the Mahomes family stands up for Jackson and that he's best friends with Brittany, Patrick's girlfriend."

Here's worthwhile reporting on this topic . . .

As Patrick came closer to completing his championship season, Jackson received more attention and more hateful messages started to roll in. There are multiple videos, and even compilations, dedicated to social media users making fun of Jackson and his (alleged) sexuality. Some clips even go as far as to portray Jackson and Patrick’s father seemingly disapproving of Jackson “Mahomo”

Inq: Patrick Mahomes’ Brother Responds To Anti-Gay ‘Hurtful’ Messages He Gets Online, Says He Reads Them All

The good news here is that there's a ton of support for the young man from his fam and online. Meanwhile, local media downplay his social media efforts that are quickly making him a celebrity in his own right.

Very, very rich family. He's probably not sweating it too much.

If he is a true homo, then he is a Mahomo and he'll just have to live with that. I did notice today that Price Chopper now sells Gay Pride cookies. I kid you not, they were cookies in all the gay colors and so forth. Being Gay isn't normal, and you have to take the bad along with it all when you choose to be Gay. So now I wonder, is Mahomie also a closet homo? Is he like the dude Ray in Scary Movie played by Shawn Wayans. You know the one who liked looking at other football players butts. Is Brittany just a cover up for what's really taking place? Sort of explains the shoe fetish now.

It's not gay bashing it's just that that lifestyle is not normal and it is proven to be a behavioral problem. It is a perverted lifestyle.

Being a homosexual is not near as bad as being a transgender. Is it?

Both are mental illnesses.

Mahomes is the new Social activist. Hollyqueer comes to the KCmetro. Support no more.

^^^^ please boycott. Never go outside. We'll all be much happier.

The poor KC bigots can't live with the fact the quarterback sitting to the right god isn't a bigot (and may have a gay brother). Two of the biggest groups of bigots, KC football fans and the KC black community. And the black community has a gay mayor! Hi gay Mayor Selfie.

who cares about machomes or the cheaps ?

Oh Trumpy, being a hate filled nazi scum is what's not normal.

You are a liar. You just need someone to bully.

@8:22-You do chump. You posted. You played yourself again rube.