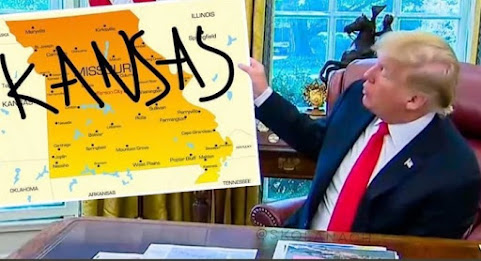 Here are more than a few news items we've been checking at the state level with a preference for issues impacting the Kansas City metro.

KANSAS CITY, MO (KCTV) - Voters in 14 states will head to the polls for Super Tuesday in just seven days, and a week later, voters in Missouri get their turn to cast their primary ballots.

KANSAS CITY, MO (KCTV) -- Democratic presidential candidate Mike Bloomberg has an unlimited war chest for his campaign. He's spent a record $400 million across the nation. The Bloomberg campaign has spent $7.8 million on radio and television ads in Missouri dominating political coverage, according to Advertising Analytics.

No Sporting Chance In Missouri

ST. LOUIS, MO (KMOV) -- A Missouri senator has introduced a proposal aimed to ban transgender student athletes in events and activities. Missouri Senator Cindy O'Laughlin (R-18) submitted a bill Wednesday that would require student athletes to participate in games in event with student's of the same biological sex.

Kansas lawmakers who want to legalize betting on sports events and allow online sales of lottery tickets are struggling to agree on the details. They also face criticism that they're too generous to companies already managing casinos for the state.

KANSAS CITY, MO (KCTV) - Next season some NFL stadiums may be allowed to have sports betting lounges. Teams could also accept sponsorship's from sportsbook operators, but it's only happening where sports betting is legal. Fourteen states meet that criteria, four of those have NFL teams. That doesn't include Missouri or Kansas.

Supporters of expanding Medicaid in Missouri argue that expansion will save the state money. There's a huge problem with that argument. Watch our latest video to see why claims of savings should be met with skepticism. Elias Tsapelas earned his Master of Arts in Economics from the University of Missouri in 2016.


Kansas Suicide Rates Are Climbing, Especially In The State's Most Rural Areas

GARDEN CITY, Kansas - The number of suicides in northwest Kansas increased by more than half in recent years. Twenty counties in the region saw suicides climb by 57% from 2014 through 2018. That jump comes in a part of the state where people already die by suicide at a higher rate than in the rest of Kansas.

As the Missouri General Assembly is poised to give voters another chance to decide how to draw state House and Senate maps, one of the lesser-discussed parts of the debate is how judges will gain expansive power if voters scrap the Clean Missouri system.

The Kansas state legislature is considering a proposal to expand its state Medicaid program, although its previous efforts to achieve this policy goal have not met with success. In 2017, then-governor Sam Brownback vetoed a bill to expand Medicaid, saying that the cost was "irresponsible and unsustainable" when the state was dealing with a budget crisis.

Public universities in Missouri haven't been able to offer in-state tuition to students living illegally in the U.S. since 2015. Some state lawmakers are now trying to make sure that doesn't change anytime soon.

(CNN) -- Missouri deer hunters donated nearly 350,000 pounds of venison to food banks and pantries across the state this season, the Missouri Department of Conservation (MDC) said in a news release. The hunters donated the meat to Missouri's Share the Harvest program, which provides "lean, healthy" venison to help feed hungry Missourians.