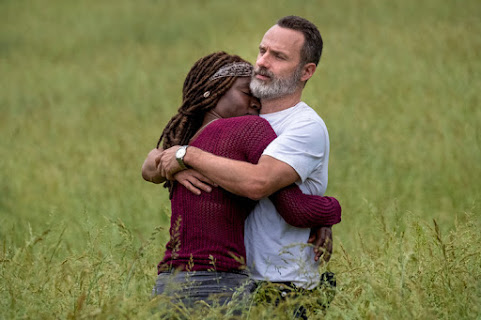 Fact is, many men and women have been unfairly pressured to change their natural hair texture in order to conform the arbitrary and discriminatory "standards" enforced mostly against ethnic and racial minorities.

This bit of info is important because it reveals that the U.S. military has led the way in working toward hairstyle inclusion that preserves uniform requirements but breaks down useless stereotypes.

Kansas City, Kan. – The Kansas Senate State and Federal Affairs committee is slated to work Senate bill 250 on Monday, February 24, 2020 in room 144 South at 10:30 a.m. The bill sponsored by Sen. Oletha Faust-Goudeau mirrors legislation passed in California, the first state to pass the CROWN Act - Creating a Respectful and Open Workplace for Natural Hair. SB 250 would amend the definition of race in Kansas state law to cover “hair texture and protective hairstyles.”

The bill was given a hearing in the Kansas Senate State and Federal Affairs Committee on January 28, 2020. Supporting testimony was provided from a number of individuals and organizations including the Kansas Chapter of the American Academy of Pediatrics, YWCA of Northeast Kansas and Shirley’s Kitchen Cabinet. Although an initial hearing on the bill was held over three weeks ago, the bill has not yet moved out of committee.

The Kansas Chamber of Commerce, in written testimony submitted to the committee, said that such a law could affect an employer’s ability to enforce a dress code or even comply with some safety standards. Similar concerns regarding the CROWN Act bill passed in July of 2019 in California – Senate bill 188 – were voiced. California Governor Gavin Newsome noted in a press release “Employers would still be able to make and enforce certain policies, so long as they are valid and non-discriminatory, and have no disparate impact.” Jonathan A. Siegel, Founding Principal at Jackson Lewis P.C. and attorney who practices before the National Labor Relations Board, assessed the potential impact of the SB 188 on employers. When writing for the National Law Review Siegel says, “Employers can still generally maintain dress and grooming policies which require employees to secure their hair for safety and hygienic reasons in accordance with the law.”

The U.S. Marines, Army, Coast Guard and Air Force have all lifted bans on protected hairstyles such as locs, braids and twists. However, service members are still expected to comply with grooming policies when wearing natural styles.

There are highly publicized cases of discrimination based on hairstyles in Kansas City and nationwide. This legislation will ensure protection against discrimination in the workplace based on hairstyles by prohibiting employers from enforcing purportedly “race neutral” grooming policies that disproportionately impact Black people. If SB 250 is passed out of committee on Monday, it will be sent to the full Senate for debate.

As of now, 22 states have introduced or are considering the CROWN Act including Missouri, Nebraska and Illinois. CROWN Act legislation in West Virginia has been introduced but appears to be stalled in committee. Three states in the Midwest – Minnesota, Wisconsin and Colorado – have passed CROWN Act bills through committees, and House and Senate chambers.

sooner or later, bio tech will come along requiring everyone to be bald. Then we'll all be equal chrome domes.

We certainly don't want anyone "standing on that wall" to feel like their "Identity" has been compromised.

Pretty soon, when the United States Armed Forces deploy, they can even allow "Furries" to march into conflict with recalcitrant 3rd world countries who won't acquiesce to our superior culture of "Diversity".

Yeah..., "Furries" on the front lines, that should scare the fuck out of not only the enemy, but the folks here at home who wonder just what in the fuck is going on.

We could have a "Ru Paul" division to, filled with intrepid, courageous trannies whose dedication and commitment to battle can only be realized in a sequin dress with 6" heels.

Progressives could fuck up ashphalt.

Every pothole should have a sign next to it reading "Repair of this pothole is postponed due to underfunding of the streetcar and jazz district."

This Strip of Potholes sponsored by "Open Spaces" KC.

"Protected hairstyles"... No surprise, I guess, we live in a world of perpetual offence, and the natural progression of that offence is that anything that someone wants but is frowned upon in any environment (including employment and military service) must be "protected".

Tempest in a teapot.

Snowflakes wasting their carbon credits on complaining or in other words the free shit army wanting your money.

Someone wanna explain to me how a braid, cornrow or dreadlock is a natural hairstyle?

What's laughable about this is Kansas is still an at-will employment state where I can fire you without giving reason. As long as I don't tell you I don't like your hair your nasty dreadlocked ass is gone!

All that I see in that pic is some white guy trying to pull away from that lice-ridden mop that Sha-nay-nay is wearing on her head.

Directions for using the WhoopieMop (not available in stores): Turn the Whoopie upside down, dip mop head in bucket of soapy water or other cleaning solution, then use a sweeping back and forth movement to clean floor. Repeat until rinse water remains clean. A percent of the proceeds will go to buying Behar a brain.

Any hairstyle is permissible in the workforce it's when you don't properly care for that hairstyle is when the proverbial shit hits the fan. It has nothing to do with the look it's all about the personal hygiene of the person. Blacks like dreadlocks and cornrows mainly because they are to lazy to wash and care for their hair properly. The Kansas Chamber of Commerce appears to have the real voice of reason on the issue.

Oh yeah, like I'm gonna believe that a picture like that ever existed anywhere? A better title would be "a man and his monkey"..

Only not many Negroes sport an actual ethnical mouton head. It's all of modern design and been worn by many other cultures besides black. Fake hair has been done by damn near every society, From the Brits, French to KISS.


Nothing but another AOC type activist in office, waging a battle that is already covered under law.....but, not enough, everyone must have a law to "protect" them...total b.s and another politician wasting time and money when not needed

What about ROCK STAR HAIR .AND the sign said long hair freaky people need not apply.

Alrighty then. How 'bout the non-black jarheads, squids & grunts start sporting DaVinci shoulder-length waves, or Sitting Bull leather-laced braids down to their ass cracks...'cuz PC freakies demand the right to their CLOWN act!!! Gotta be fair and allow all races to go NATURAL!!!

As a black man who likes to straighten my afro and wear a Southern Joe Dirt-style mullet at work, I was called into Human Resources on Thursday and told that I was culturally misappropriating white culture and told to not return to work until I had gotten a real afro-centric haircut and watched the blaxploitation film "I'm Gonna Git You Sucka" 10 times in a row to get my mind right.

You fucked up asphalt by trying to spell it, chuck.

Sorry, but negro hair is a distraction, especially the way it smells. Braids, dreads and fros should continue to be banned where necessary.

black people are always scared your dog is not going to like the smell of them. LOL

some kids in the post ferguson orb of glory were all fine walking up real close to your car, like to play game to see if you going to lock your doors or roll up your windows, until your dog pokes his head out.