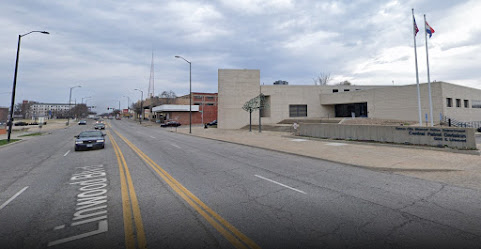 The weekend has arrived and here's a very scary testament to the war of the sexes in the urban core . . .

Update: This is homicide #24 so far in KCMO.

Man dies after woman shot him in a car outside KCPD station with 3 kids present, police say

KANSAS CITY, Mo. - A woman shot a man Friday afternoon in the parking lot of the Kansas City, Missouri, Police Department's Central Patrol Division, according to police. The victim was found near an SUV in the parking lot entrance of the police station at 1200 Linwood Blvd.

KANSAS CITY, MO. (KCTV) - Police are investigating a life-threatening shooting near the Kansas City Police Central Patrol Division at 1200 Linwood Blvd. The shooting left one victim with life-threatening injuries. It happened just before 4 p.m. on Friday afternoon. Police believe they know who the suspect is, but the suspect is not in custody at this time.

Kansas City police are investigating after a man was shot inside an SUV outside the police department's Central Patrol Division.The shooting was reported about 3:45 p.m. in the 1200 block of Linwood Boulevard.Authorities said a woman shot the man and left in an unknown direction.The man was taken to a hospital with serious injuries.Two young children in the SUV were not hurt.

The weekend has arrived and rising local gun violence erupts at the doorstep of police and community.

But, but., but police stations are a deterrent to crime. - the dumbfucks of Kansas City and John Modest Miles, dumberfuck of Arkansas

Gun violence.. aka Crazy Blacks. can't say that however.

Kc economic development has always been a scam but the East patrol was one of the worst lies.

But Jermaine Reed wanted the East Patrol and Modest Miles had to make money off the condemned houses!

I bet their response time was still 20 minutes.