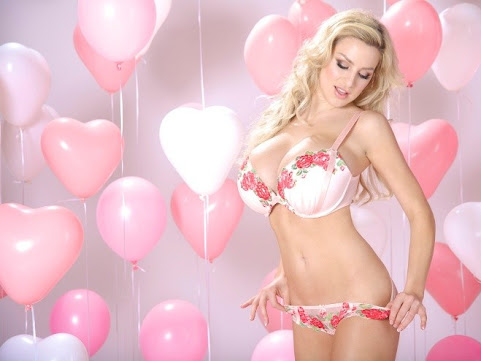 With respect to hottie Jordan and her body of work we share this gathering of pop culture, community news and items from around the nation and the world . . .

Chiefs fans won't let anything stand in their way when it comes to watching a game at Arrowhead Stadium, but as the number of people who want a seat on game day goes up so does the price for tickets. It's a trade off some season ticket members understand.


83 families in need of moving help from south KC apartments

Eighty-three families are in the process of an emergency move from the Nob Hill apartment complex in south Kanas City after the Housing Authority of Kansas City, Missouri, has withdrawn federal housing payments for the owners of the property, an affiliate of T.E.H. Realty. T.E.H.

NORTH KANSAS CITY, MO (KCTV) -- One of the largest non-profit health systems in the nation is cutting ties with Cerner. AdventHealth tells KCTV5 News that they have made the business decision to transition over the next few years management of its electronic health records and revenue cycle management system to another supplier, Epic.


Opinion: Support the DDD-cup: End the stigma of large breasts

Small breasts are not sexy, right? With an A-cup, there is nothing to look at, nothing to hold. Large breasts are where the sex appeal is, right? That is why, in 2018, the American Society of Plastic Surgeons reported 313,735 breast augmentations in the U.S. in a plastic surgery statistics study, right?

Andrew Yang suspended his political campaign on Tuesday in New Hampshire, ending the upstart run that vaulted the businessman from complete obscurity to a Democratic contender backed by a devoted following known as the Yang Gang.


Trump says he'd rather run against Bloomberg than Sanders

"Frankly, I would rather run against Bloomberg than Bernie Sanders," he told reporters, "because Sanders has real followers, whether you like them or not, whether you agree with them or not - I happen to think it's terrible what [Sanders] says." He added: "Bloomberg is just buying his way in."

Bernie Sanders leads Tuesday's Democratic primary in New Hampshire, though the race is too early to call, according to NBC News. The Vermont senator had an edge over former South Bend, Ind. Mayor Pete Buttigieg and Sen. Amy Klobuchar of Minnesota as of 8:30 p.m. ET.

New figures report 95 deaths on Tuesday, a drop of 22% on the previous day, as WHO chief warns threat is greater than terrorism. Follow all the developments here

MISSION, Kan. - A family from Centerville was hoping to have fun at a Mission, Kansas, indoor playground Sunday. Instead, it ended in tears -- and the business apologizing. SuperKidz Club is said to be a place where all kids are able to play and feel like super heroes.

SHAWNEE, Kan. - People with electronic bicycles are one step closer to being able to use those bikes on paved trails at parks operated by the Johnson County, Kansas, Parks and Recreation District. Monday night, a committee of parks board members endorsed a plan allowing Class 1 and 3 e-bikes on the county's trails.

KANSAS CITY, MO (KCTV) - When runners take to the course for the Kansas City Marathon this fall, the race will be under a new name. Race organizers said Tuesday that Olathe-based Garmin International, Inc. secured the naming rights and title sponsorship of the race.

EXCLUSIVE LIVE RADAR AND NINE-DAY FORECAST SO YOU'LL KNOW FIRST, THIS IS FIRST ALERT WEATHER. BRYA HERE'S YOUR CHECKLIST, CLOUDS, YES, RAIN, NO, SNOW, NO. WINTER WEATHER ADVISORY IN EFFECT, NO BUT IT WILLTOMORROW MORNING AS THINGS WILL FEEL LIKE WINTER. LOW HUMIDITY 36%, NO RAIN OR SNOW TO BE REPORTED.

Fake monster tits are not sexy. Give me a 34C anyday!

Andrew Yang heard Byron was going to vote for him and the thought of him being a supporter of him was the reason he withdrew from the race. To bad Byrons dad didn't pull out when he should have.

Just because Byron is a retard doesn’t mean everyone should make fun of him all the time.

On another note have to feel sorry for the kid in the wheelchair but you just can't take a wheelchair everywhere and there are many reasons why you can't in some places. It's for the safety of all and if a mom can't understand that then she is failing as a mom. WTF has happened to common sense. Channel 4 is assholes for even airing the story and showing a mom acting all butthurt. Life isn't always fair for everyone. I wish it was but it isn't and that's life.

Yang is done, never stood a chance, Biden is done becuse he is as dumb as Obama, Warren is a grandma with mental issues, In the butt Mayor (Buttigieg) rainbow cocksucker stands no chance, and at the end of the day the Demofucks have Mr Socialism Bernie Sanders who by the way escaped the nursing home, as the Democratic candidate to go up against Trump in 2020, All I can say is you IAFF pole smokers better get back to starting Arson fires to make the rest of the country still think you have a purpose based on how you suck the tax payers dry!!

^^^ True shit right there, Unions vote Democrate, Union members are told who to vote for - all self serving motives!! I know because I was a IAFF union member for 10 years, I voted opposite of their corrupt greedy agenda! I vote for who I want to vote for NOT who I am told to vote for, but hey the IAFF is the reps of the the fire service, cant wait to see fire trucks painted in the rainbow gay ass colors they earn!!