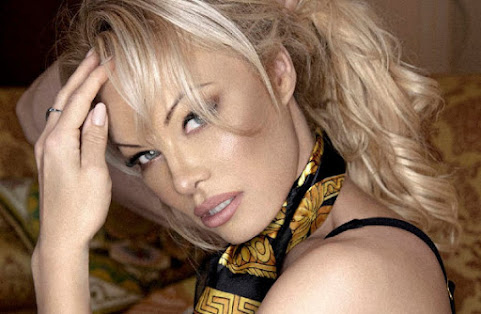 A quick compilation of educational items concerning pop culture, community news and info from across the nation and around the world . . .

If your weekend travel plans typically include I-70 in Independence, you'll want to find an alternate route this weekend. That's because the Missouri Department of Transporation is shutting down a seven-mile stretch of one of the metro's busiest roadways to make way for a major construction project where I-70 meets I-435 near the Truman Sports Complex.

When the Macy's in #PrairieVillage shuts its doors in the coming months, it's not clear what could or would replace the longtime retailer, which is an anchor tenant at Village Shops. #Macys announced in early January that it would close the location.

KANSAS CITY, Mo. - If it seems like more people have been calling out sick at work, or more kids are staying home from school with a fever than usual - you're not imagining it. A doctor 41 Action News spoke to said while some cold and flu seasons are worse than others, this season has been particularly bad.


KDOT reverses course, saying it will no longer sue family involved in deadly I-435 crash for damages

OVERLAND PARK, Kan. - The Kansas Department of Transportation has reversed its decision to sue parents who lost two children in an I-435 crash two years ago. The state filed a lawsuit Tuesday for the cost of repairing a highway barrier damaged in the wreck.

Jon Peters, 74, is engaged to Julia Bernheim, just three weeks after his split from Pamela Anderson, according to UsWeekly The news comes mere weeks after his infamous 12 day marriage to the 52-year-old Baywatch star Peters was already engaged to another woman when Pamela texted him to ask him

February 20, 2020 by Issam Ahmed The idea that animals can experience love was once anathema to the psychologists who studied them, seen as a case of putting sentimentality before scientific rigor.

President Donald Trump said his former adviser Roger Stone has "a very good chance of exoneration," hours after the GOP operative was sentenced to 40 months behind bars for obstructing a congressional investigation of Russia's 2016 presidential election meddling.

The tone-deaf president of Princess Cruises greeted people disembarking from the coronavirus-stricken ship off the coast of Japan - making a heart gesture and blowing kisses - the same day it emerged that two passengers died of the disease.

Respect: Inventor Made TKC & All Of Social Media Possible

Larry Tesler, an icon of early computing, has died at the age of 74. Mr Tesler started working in Silicon Valley in the early 1960s, at a time when computers were inaccessible to the vast majority of people.

Lawmakers in Kansas and Missouri are trying to do something to protect referees and umpires at sporting events.Attacks and threats are increasing from players and parents. Sportsmanship seems to be fading.

KANSAS CITY, Mo. - Several restaurants are looking to hire employees in the Kansas City area. Atomic Cowboy, Denver Biscuit Company, Fat Sully's Pizza and Frozen Gold are all hiring. They're looking to hire a combined total of 125 employees, and hope to do so through a series of job fairs.


Friday will be sunny, high in low 40s

Hide Transcript Show Transcript IN MOST AREAS. THE TEMPERATURES WILL DROP OFF. 28 DEGREES AND THEN 23 DEGREES AT 9:00. WE WILL CONTINUE TO FALL EVEN BEYOND THAT. THE WIND FLOW WILL STAY PRIMARILY OUT OF THE NORTH EARLY EVENING AND THEN TO THE SOUTH AND SOUTHWEST.

Even soft focus shows the bad surgery and age.

I'd still drink her bathwater and rob a bank for a week with her. Just sayin'

Anybody have an update on the Hallmark layoffs? I heard they were targeting this week to notify people whether they would be shown the door. Maybe some Hallmark employees can post here anonymously.

What I don't understand about the KDOT story is this. Didn't the mother drive without a license? Did she have insurance? Why did she stop in the middle of a highway?

I'm sorry her children are gone but it was her fault.

^^Hey rube. You don't really have anything to add to this story, so why don't you keep your ignorant mouth shut? Nobody really wants to hear your opinion on this. It's not warranted and not welcome. it's a tragedy so just leave it at that. The world has too many ignorant, judgemental pricks like you in it already. We don't need any more. Keep your ignorant mouth shut.