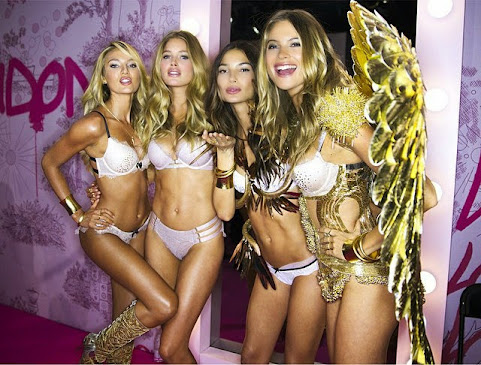 Lots of captivating tidbits to cover for the midday as we consider pop culture, community news and info from across the nation and around the world . . .

Look At Those Puppers!!!

KANSAS CITY, Mo. - The first three dogs to tag along with officers during the Kansas City, Missouri, Police Department's new P.A.W. Patrol program found a new home. Sgt. Jake Becchina said a family adopted one dog and the two others moved out of the KC Pet Project shelter into foster homes.

Chuck Poduska, who built a 38-year career with Meredith Corp., is retiring from his vice president and general manager role at KCTV and KSMO in Kansas City. His last day with the CBS- and MyNetworkTV-affiliated stations is March 31. Poduska previously was vice president of finance for Meredith's Local Media Group, which includes 17 TV stations that reach 30 million viewers.


Victoria's Secret to be sold for $525 million, CEO will Les Wexner will step down

Following a dip in sales and criticism about its billionaire founder, Victoria's Secret will be sold and have its founder step down as it seeks to move forward and find profit. The company's owner, L Brands, confirmed to Fox News that the private-equity firm Sycamore Brands will buy 55 percent of Victoria's Secret for about $525 million.


Judge takes firm approach toward Roger Stone ahead of sentencing

The judge in the case of longtime Trump adviser Roger Stone appeared to take a firm stance toward the Republican operative ahead of deciding how severe Stone's punishment should be for making false statements to investigators during the Trump-Russia probe.


Coronavirus cases outside China remain low, but WHO chief warns 'that may not stay the same for long'

World health officials said Thursday that the new coronavirus has not yet spread widely around the world, but emphasized that the virus could break out globally at any time.


To tip or not to tip? Experts share the dos and don'ts of leaving that extra dollar

KANSAS CITY, Mo. - The tipping equation is more complicated than ever. "It can be really confusing, especially going from Panera to coffee shops to a restaurant," Rachel Bahner, a shopper on the Plaza, said, "Where do you draw the line of not to tip and when to tip?"

Hide Transcript Show Transcript CODY: WONDERFUL EXPERIENCE FOR THEM. NICK: IT IS A BLAST. ALL OF THE KIDS HAVE HAD A DECENT WINTER FOR SLED RIDING AND THAT TYPE OF THING. WE MIGHT EVEN GET ONE MORE SNOWFALL BEFORE IT'S ALL SAID AND DONE.

will the angles go nude now? Hope so.

I'm not against tipping but I am against places that makes their help depend on tipping saying how much you should tip. What and who I tip in my business. If I am done with my dinner and the service has been horrible how at that time is a manager going to make it better or fix it? A manager's job is to be on the floor watching his staff and seeing who is and who isn't doing the job that restaurant wants done. As a rule if the food and service is avg I'll tip 25% unless it's a buffet type place and all they do is refill my water glass. They I leave a buck or two at the most. As for fast food forget it, 10 to 30% of the time they can't get the order right and those places for sure never tip down so not going to hand the person running the cash register anything. They're so stupid most of the time they'd think it was to pay for my purchase.

The tipping system rewards attention to detail and persona. If you can't make money in the service industry, its not for you.

Hundreds of Roger Stone's have come out of the woodwork Showing the Corruption of the Deep State and the Democrats and Some Republicans .They can't put all of them in jail .And Mueller found no Russian involvement With TRUMP. This was a political hit job.

^^^ But Mueller found plenty of involvement between Trump's Campaign Staff and the Russians, didn't he Rocker?

But just MAYBE, in a complete reversal of Trump's personality, egoism and "management style" before and after the Election, JUST MAYBE, Donald Trump didn't know a damn thing about what his Staff was doing, right?

22 Indictments, 8 convictions (so far), and the open question to the Attorney General as to whether a Sitting President could be charged with Criminal Activity that occurred before he took Office!
That is what Mueller's investigation resulted in - in the Real World.

Why are we still on a waitress tipping system in this country?

There should be a solid movement to educate about today's percentage of tipping. In MO, servers are no longer receiving $2.13 per hour. They have received a 122% raise on their base salary so far and will soon be making $6 per hour before their tip in 2022. So, if you tip 14% on a $100 check, they server just made $20 in one hour on just your table alone.