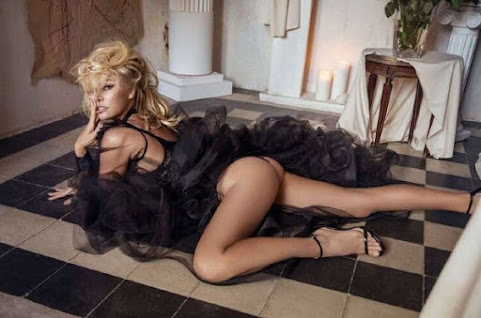 One day before Valentine's goodness, we share a peek at Pammy classico and her enduring hotness along with pop culture, community news and info from across the nation and around the world.

It is the coldest day of the year so far, and crews in Kansas City were dealing with a water main break early Thursday morning.


Need work done on your teeth, but for free? UMKC dental school is looking for you

The School of Dentistry at the University of Missouri-Kansas City needs a few good - or not so good - mouths. Seniors at the school need patients for their clinical exams in March, preferably people who may not have been to the dentist in a while.

KANSAS CITY, MO (KCTV) - We rely on people to keep us safe and we hope the people who make our phones are following regulations, and those screening us before our flights are diligently doing their job. A new report from the Inspector General says the FAA and Southwest aren't doing theirs.

The Pamela Anderson-Jon Peters quickie marriage and split is getting nasty fast. The Hollywood producer was annoyed by a Page Six item that said he proposed to the former Baywatch star and that she dumped him because he was too controlling.

The war of words between President Trump and fellow New York billionaire Michael Bloomberg reached a new level of nastiness on Thursday as the two traded deeply personal insults on Twitter. "Mini Mike is a 5'4" mass of dead energy who does not want to be on the debate stage with these professional politicians," Trump tweeted Thursday morning.


Sanders Joins Trump in Telling the Media to Go to Hell

The narrow question is whether the public needs to see full health records of a 78-year-old man who recently suffered a heart attack and now hopes to be commander in chief, or whether his physicians' letters of reassurance (not accompanied by a news conference or interviews) that he is in satisfactory health are sufficient.

All times below are in Beijing time. China's Hubei province reported an additional 242 deaths and 14,840 new cases as of Feb. 12. Singapore's health ministry said as of Feb. 12, noon, the total number of confirmed infection cases hit 50, with three additional ones reported.


A new literary prize will award over $100,000 to a North American writer. The only criteria? No men

The Carol Shields Prize in Fiction will award over $100,000 to a North American woman or nonbinary author beginning in 2022. That's substantially more than most other major literary prizes, which are largely awarded to men.

America's favorite guessing game is going on the road! The Masked Singer has announced a nationwide tour this summer with a stop at Kansas City's Uptown Theater. The wildly popular singing competition, which airs 7 p.m. Wednesday's on FOX4, is hitting the road beginning May 28 in Detroit.

You've likely heard the story of the Negro Leagues. Established in Kansas City in 1920, some of the best baseball players in the game got their start in the league. What you may not have heard though, is the story of J.L.


Dangerous below-zero windchill for most of Thursday

Hide Transcript Show Transcript IT WARMS ME UP JUST THINKING ABOUT IT. CODY: NEED SOMETHING TO DO ABOUT IT. NICK: IT IS A ONE-TWO PUNCH FOR THIS MORNING. THE COLD AND WIND AND THEN THE THREAT OF BLACK ICE, ESPECIALLY NEIGHBORHOOD STREETS, SIDEWALKS, AND PARKING LOT.

courtesy of my uncle mudderfudders