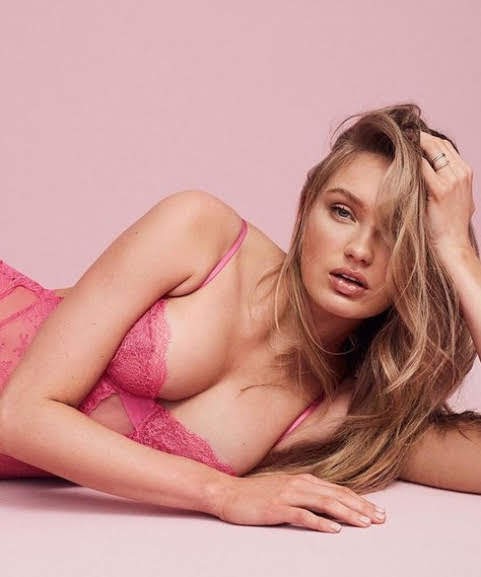 We start Saturday morning with hottie Romee who inspires this peek at pop culture, community news, and info from around the nation and the world.

KANSAS CITY, Mo. -- Valentine's Day is one week away. A local church will celebrate by offering free weddings all day. This will be the 20th year that Unity Temple on the Country Club Plaza has offered free weddings, vow renewals and holy unions.

A jury on Friday awarded a former Kansas City electrician nearly $800,000 after it found the city discriminated against the worker, who is black, and retaliated against him after he complained. The jury awarded Ronald Williams $160,000 on the retaliation claim, $126,000 on a hostile work environment claim and another $504,000 in punitive damages.

KANSAS CITY, Mo. (AP) - A sister and brother were sentenced Friday for their roles in a marijuana distribution ring that involved mailing marijuana from Colorado to Missouri. Natalie McNeil, 34, of Lee's Summit, Missouri, and Tanner McNeil, 30, of Denver, were in federal court in Missouri.

A Platte County jury convicted a woman Thursday for killing her ex-husband 12 years ago. Letti Strait, 59, was accused of shooting Charles Cammisano, with whom she had four children. Before the murder, Strait had improperly claimed she had custody of the kids so she could collect food stamps, Platte County Prosecutor Eric Zahnd said in a release.

More than 100 models, including Christy Turlington and Iskra Lawrence, have signed an open letter to Victoria's Secret Chief Executive Officer John Mehas this week asking him to take steps to end alleged abuse at the company. "We write today because ...

Hong Kong has begun a mandatory quarantine of two weeks for anyone arriving from mainland China, in fresh efforts to contain the new coronavirus. Visitors must isolate themselves in hotel rooms or go to government-run centres, while returning Hong Kong residents must stay inside their homes.

Elizabeth Smart, who was kidnapped and sexually assaulted when she was 14 years old, was allegedly sexually assaulted again last summer. The harrowing experience, which allegedly happened on an airplane, inspired her to launch Smart Defense, a program to teach women and girls the skills and confidence they need to protect themselves.

Freed from the yoke of impeachment, President Donald Trump did what he does best on Friday night: Exacted revenge on his enemies.

Former Mayor Pete Buttigieg Peter (Pete) Paul Buttigieg Buttigieg surges in poll ahead of New Hampshire primary Buttigieg: It was 'disgraceful' to hear Trump's attacks on Romney Sanders and Buttigieg in dead heat with 100 percent of Iowa caucus results in MORE 's campaign was mocked Friday for editing a clip from a CNN town hall that included inserting fake applause after a remark made by the 38-year-old presidential candidate.

The chairman, CEO, and co-owner of the Kansas City Chiefs told Fox News about his faith, family, and football after winning Super Bowl LIV. Sunday's win hit especially close to home for Clark Hunt, whose father, Lamar, won the Chiefs' first Super Bowl title 50 years ago and who is credited with coming up with the term "Super Bowl," and whose mom is the only woman who has attended every single Super Bowl game.


Saturday will be sunny with highs in low 40s

Hide Transcript Show Transcript TRENTON SO DEFINITELY LAYER UP FOR A WHILE LONGER YOUR OVERNIGHT FORECAST AND EVEN FOR THIS EVENING, I'M THINKING IF YOU'RE HEADING OUT THOSE LAYERS AROUND FOR FIRST FRIDAYS BY TOMORROW MORNING WILL BE DOWN TO 20 DEGREES SATURDAY. WEAN, OUR WINDS WILL BE BETWEEN 10 AND 15 MILES AN HOUR.

Whats the matter with Elizabeth Smart she wasn't getting enough attention? Free advertising is the best advertising there is. Allegedly happened on an airplane last year but she waited till later to tell Delta through an online complaint what happened. What bullshit. Hey I'm sorry she was kidnapped but this story is bullshit.


Might buy an overpriced season ticket if you can promise to regularly show what a class act Kansas City is by having a Chief hold his crotch and/or piss like a dog in front of thousands. Makes me proud. Who cares about potholes when we have this level of fine entertainment?

I would never use false audio, video, or fake invading immigrants in a TV commercial. Sad.