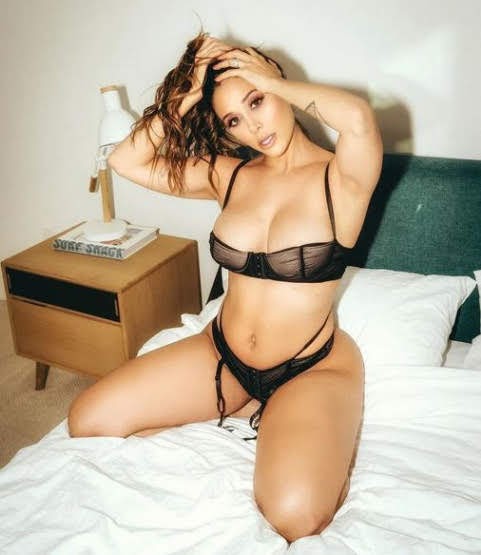 A quick peek at pop culture, community news and some of the better news links from across the nation and around the world:

Even in its early stages, the legal fight between the heirs of famed Kansas City artist Thomas Hart Benton and UMB Bank is shaping up as a battle royal.

Instagram bombshell Tianna Gregory looks like she belongs on the beach in her latest social media update - which came as a bit of a sneak peek for her 2020 calendar. The model has also been known to promote Bang Energy Drinks like her fellow Instagram sensation Lindsey Pelas, but it's her sexy ensembles that seem to keep her fans coming back to her page.

subscribe to The NPR Politics Podcast podcast The key question of President Trump's impeachment trial was answered Friday evening: There will be no new witness testimony, including from former national security adviser John Bolton. That leaves very little left for senators to discuss, as the third impeachment trial in U.S.

By Jessie Yeung and Steve George, CNN Updated 8:51 p.m. ET, January 31, 2020 The latest: The coronavirus outbreak has killed at least 259 people and infected close to 12,000 people globally, as it continues to spread beyond China.

Bloomberg On The Rise


Democracy 2020 Digest: Bloomberg, who gave big to DNC, gets controversial boost from party

The move by the DNC to pave the way for Mike Bloomberg to make the debate stage comes two months after Bloomberg contributed more than $300,000 the DNC. Federal Election Commission records indicate that Bloomberg made three separate donations of $106,500 to the national party committee on Nov.


Increasing sunshine for your Saturday

Hide Transcript Show Transcript A FURRY CRITTER THERE. LOOK OW CU -- LOOK HOW CUTE IT IS. THEIR SHADOW. WE'RE IN THE PROCESS OF CLEARING OUT SKIES. IT IS STILL CLOUDY BUT BY NOON WE SHOULD BE INTO SUNSHINE. IT WILL BE WORKING ITS WAY FROM WEST TO EAST.

Your Feruzza tome is just a lot of words saying "I can't get laid."

The Hand of Almighty God has smashed the enemies of President Trump.
God has scattered these demonic agents in their conceit. They shake their fists at the sky and scream in frustration, running back to their lair. David has conquered Goliath.
God bless President Trump and God bless the U.S.A. !

Tianna planned to make big money over SuperBowl weekend betting with her spread!!!

@8:56 if you honestly believe one word of what you posted you will burn in hell!

If big G had wanted Trump to be president, she would have given him a popular majority that would not have required help from the godless commies.

10:04, What Democrats call nuanced, most people refer to as stupidity.

Once again UMB Bank and the "Almighty Kempers" step in a pile of their own crap!

Last year it was the result of a Zona Rosa Center Bond Offering UMB "managed" that failed to get the guarantees from Platte County that UMB advertised to potential investors, leaving the Bond Holders swinging in the wind when the "retail apocalypse" sent Zona Rosa into bankruptcy.

Now the truth about their mishandling and theft of Benton artworks becomes public, as they desperately try to drag out the Legal Process until the primary Litigant passes away.