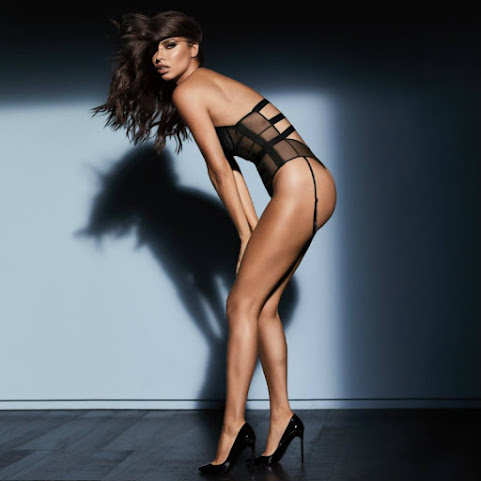 Hottie Adriana is 38-years-old and her modeling hotness endures long after she retired from Victoria's Secret and as her younger colleagues have suffered fading careers. Right now she inspires our #TBT morning blast and more info regarding pop culture, community news and human events across the nation and around the world . . .


Tanker fire shuts down I-35 in Olathe

Southbound lanes of Interstate 35 are closed at Old Highway 56 in Olathe while crews clean up the aftermath of a semi fire.Police said the rear axle of a tractor trailer caught fire while driving on Interstate 35 at 1:15 a.m.Olathe firefighters were able to put out the fire but the cleanup is expected to last for several hours while crews drain diesel fuel from inside the tanker.Police warn drivers could be impacted on the morning commute.

KANSAS CITY, Mo. - A Kansas City man is facing charges after he allegedly fired shots into a car with three young children inside. Duan Bryant, 20, is charged with three counts of child endangerment in Jackson County court. According to court documents, on Feb.


Preparing for a major healthcare crisis: FOX4 investigates the impact of vaping on teens

KANSAS CITY, Mo. - As lawmakers on Capitol Hill prepare to vote on a bill to ban all e-flavored cigarettes, Kansas and 38 other states announced they're investigating Juul for its marketing tactics toward kids. FOX4 is hosting a town hall on vaping Thursday, February 27, and set out to look closer at how vaping [...]


Despite coronavirus fears, local school trips to Italy are still on, for now

MISSION, Kan. -- With Italy now on the list of nations with elevated concern over coronavirus, local travel agents are beginning to hear from a large cross-section of their clientele. "We're hearing everything from soup-to-nuts," said Kathy Sudeikis, vice president of vacation travel with Acendas in Mission.


How Adriana Lima Packs for a Transcontinental Trip

As a globetrotting supermodel, Adriana Lima knows a thing or two about packing a suitcase. Rule number one: always try to fit everything in one bag. Even if you are going on a multi-city journey with wildly different climates-like, say, Los Angeles to Qatar to London.

Bibi Backs Down Against Bernie


Israel's Netanyahu pulls his punches after Sanders calls him a racist

JERUSALEM (Reuters) - Israeli Prime Minister Benjamin Netanyahu said on Wednesday Bernie Sanders was wrong to call him a racist during a debate among contenders for the U.S. Democratic presidential nomination, but shied away from attacking the senator in return. "I am not intervening in the U.S.

Realistically, Everybody Probably Should Support Tax Crackdown On Billionaires

Around two-thirds of Americans say they support a "wealth tax" on billionaires in an effort to close the wealth gap in the country, according to a new Hill-HarrisX poll. Sixty-seven percent of registered voters surveyed in the poll released Wednesday said billionaires should be targeted and have to pay a wealth tax to cut down on inequality, while 33 percent opposed such an effort.

The longest economic expansion in American history has survived an unprecedented trade war, a catastrophic tsunami in Japan and a severe crash in oil prices. The fast-moving coronavirus poses yet another grave test.

KANSAS CITY, Mo. - Two years after Missouri voters overwhelmingly approved a medical marijuana initiative, NORML KC and other cannabis supporters hope to give voters a chance to take it a step farther this November.

TOPEKA, Kan. (AP) - Kansas legislators aren't ready to declare that marijuana possession never should be a felony, rejecting proposals Monday to lower penalties for third-time offenders and to release others from prison. The House Corrections and Juvenile Justice Committee voted 7-4 against a bill that would make possessing marijuana a misdemeanor, no matter how many times someone was convicted.

KANSAS CITY, Mo. (KMOX) - As the St. Louis Blues look for a new city to host their top minor-league affiliate, hockey fans in Kansas City are hoping they're looking their way. Related: Blues begin search for new AHL affiliate after Rampage sold to Vegas The man known as Mr. Hockey in Kansas City believes there's a chance it could happen.

SURPRISE, Ariz. - It's day two of Royals Spring Training. Coaches and players are starting to settle in and focus on their main goal - becoming a championship club once again. But there also are individual goals. For Royals outfielder Bubba Starling, it's staying in the majors.

The final few hours of this latest wave of cold air is still clinging to our area. Skies will stay clear this evening while that chilly northwest wind eases in at less than 10 mph. Temperatures will fall off quickly this evening and through the overnight sending temperatures by daybreak into the mid-20s.

Kathy sudeikis is full of crap, she’s lying through her greedy big mouth, high school’s and colleges are all cancelling trips to Europe because of coronavirus. She’d lie and send her own family to Europe for any amount of money.

Poor people always think rich people should pay more taxes. As for what we pay in taxes it's is easy to deal with it's just that nobody wants to do it that way.

^^^^ I can tell from your writing style that you're not rich. Please stop defending your bosses.