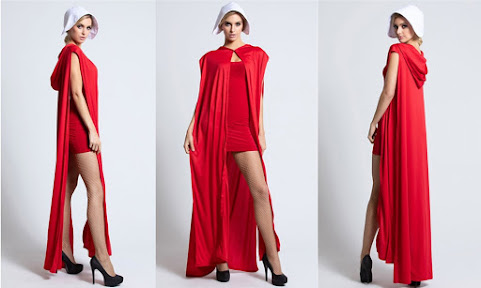 Just to keep ahead of the other columnists who are enjoying meaningful family lives, we share this collection of pop culture, community news and info from across the nation and around the world . . .

Roll the highlight reel to generate some heat in the Downtown arts and entertainment scene from Monday to Sunday, Feb. 24-March 1: The City Market, 20 E. 5th St. This week, explore Kansas City's original marketplace connecting local businesses and regional growers to the community.

A Kansas City, Missouri Police Officer is honoring his wife's memory in a unique way. KMBC 9 met up with him at the World of Wheels car show to see how he's continuing her legacy."As you can tell by the display, I gave her the best seat in the house," said Gil Carter, pointing to the empty chair sitting in front of a black Dodge Charger.


A Lifetime Collection of Jewish Artifacts Finds a Home

While working on this column, I discovered that a surprising number of my non-Jewish friends have no idea what the term "Judaica" means. It's time they learned - and now there's a great way to do that at a Kansas City area synagogue.

Love it or hate it, fast food is an American tradition and custom. When Clemson won the national championship in football, that's exactly what they were served at the White House and it has some football fans wondering - will President Donald Trump serve Wendy's, McDonald's, and Burger King to the Super Bowl winners, the Kansas City Chiefs?

Cruise Thru This Exhibit


'Ford v Ferrari' Movie Cars Will Be On Display In Detroit

Some of the actual cars used to film the movie 'Ford v Ferrari' will be on display in Detroit as part of a three-city tour that kicks off in Kansas City. The Kansas City leg kicks off this weekend, and then the cars will head to Detroit before heading to Chicago for the last city on the tour.


Elisabeth Moss: 'The Handmaid's Tale hasn't taken a toll, it has helped me'

Elisabeth Moss, 37, has been nicknamed "the Queen of Peak TV" for her award-winning roles in several of the 21st century's most acclaimed dramas. She played the president's daughter Zoey Bartlet in The West Wing, secretary turned copywriter Peggy Olson in Mad Men and detective Robin Griffin in Top of the Lake.

The Israeli military says it has launched air strikes against a Palestinian militant group in Gaza and Syria in response to rocket fire. Israel's military said it had struck Islamic Jihad targets in southern Damascus and the Gaza Strip on Sunday.


9-year-old boy asks Pete Buttigieg for advice on coming out: 'I want to be brave like you'

Before several thousand people at the Crowne Plaza Denver Airport Convention Center, a 9-year-old boy proclaimed he wanted to be "brave" like Presidential candidate Pete Buttigieg. "Would you help me tell the world I'm gay too?" 9-year-old Zachary Ro wrote, submitting a question to the Democrat during a rally on Saturday, according to CNN.


'I have never seen him eat a vegetable:' Trump braces for a beef-free menu in India

When President Donald Trump travels abroad -- be it to Saudi Arabia or Singapore -- his hosts usually try make him feel at home with his favorite meal: steak with miniature bottles of ketchup on the side. But what's a beef-lover to do in India?

Photos courtesy of the restaurants' Facebook pages Sweet Combforts & Wingman Kitchen Chicken and waffles strike again-this time with two different concepts combining. Sweet Combforts puts Belgian waffles on a stick, drizzles them with any combination of candy toppings and markets these sugar bombs to every influencer within flash range.

In yesterday's XFL meeting between the Dallas Renegades and the Seattle Dragons, fans saw one of their new rules in action for a second time. Renegades QB Landry Jones threw a pass and saw it batted right back into his hands.


Rain increases from south to north after 4-5 PM

Lots of bull in Kansas City this week. Sorry.

No. He's not that classy. It will most likely be microwaved White Castle burgers straight from the White House freezer.

So, pervy Pete is hitting on nine year old's now.

So Modi will not serve meat at Trump's dinner. When in India, do as the Indians. Should Modi visit America, Trump should insist on serving him a ribeye steak. Because when in America, do as the Americans.

He won't let Trump walk on the sidewalks in India.
That's where everyone takes a shit in that shithole country.

Indian food is disgusting, prepare for days full of shitting yourself after eating that stuff.

^^^^ Trump is so full of shit that might be a good thing!

Trump is going to make the Chiefs wait outside to eat and drink as the whole world has seen how they drink and act like the members of Animal House. Clemson players know how to behave in public. The name Chiefs is very fitting for this team as they acted like a bunch of drunken wildass Indians at the parade.

When out of the country Trump eats whatever his teams provide him with. You really think they let some Indian chef cook his meal?

He can take a few bags of his fave to India too. USA fast food doesn't degrade at all over just a few days at 100 degrees.

Could you possibly be a bigger shithole?

Reading lips, Pete asked him for a "date."

What trade deal is Trump making with India?

Issuing more visa to more Indians so they can come over and take high paying tech jobs from Americans? What the hell happened to America first?