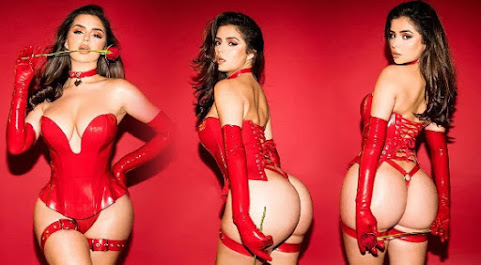 Tonight WE GRAB SOME MEATY NEWS HEADLINES for the love of pop culture, community news and captivating content across the nation and around the world.


Nick's Picks: Your Outlook for the Coming Week

Life is complicated. It moves fast. And we're here to help. Here's a quick checklist of what's happening in the Kansas City area this week. Almost anything to do with government is closed today. If you planned to head to the post office or renew your driver's license, you picked a really bad day.


You can now wear Kim Kardashian's booty, thanks to these Swedish artists

The passengers are among the more than 300 people removed from the ship, which is docked off the Japanese port city of Yokohama, and flown to military bases in the United States.

President Trump fired back Monday after former President Barack Obama, in a subtle swipe at the commander in chief, claimed credit for the economic gains in both their terms. Obama tweeted Monday morning to note the anniversary of his signing the 2009 economic stimulus package.

KANSAS CITY, Mo. - The Kansas City Zoo welcomed a white-cheeked gibbon on Saturday. Designated as "critically endangered," a "species survival plan" paired 24-year-old Smithers and 15-year-old Kit, according to a news release, and the two are "doing a wonderful job caring for their tiny baby."

Good Cause Walks Thru Town

Local man hiking Appalachian Trail to raise awareness, funds for special needs community Inspired by his brother, Eliot Huffman started "A Walk for Sam" to promote to support the special needs community OUT ON A 2,000 MILE LONG JOURNEY TO HELP HIS BROTHER AND OTHER PEOPLE LIVING WITH SPECIAL NEEDS IN KANSAS CITY IS JOURNEY IS CALLED A WALK FOR SAM AND JOINING ME THIS MORNING IS ELLIOT HUFFMAN ELLIOT.


An open letter to Steve Spagnuolo

Dear Coach Spags, When you were hired just over a year ago, you were put into an unenviable position: turning around an undisciplined, struggling Kansas City Chiefs defense. I'll be honest: to most fans, you weren't the sexiest choice on the market. But since then, you've completely revamped the Chiefs defense.

Maybe
All women
Should be
Treated with
Understanding and
Respect
By
All men
Throughout the world
Every day!

Why are we bringing those disease ridden China lovers back here? They wanted to be all gaga over the murderous Commie State. LET EM STAY THERE AND EXPERIENCE GLORIOUS CHINESE HEALTH CARE!

If that gale's ass was any fatter she'd need a zip code for each cheek.

^^Come back when your limp cock works geezer, then you can talk.