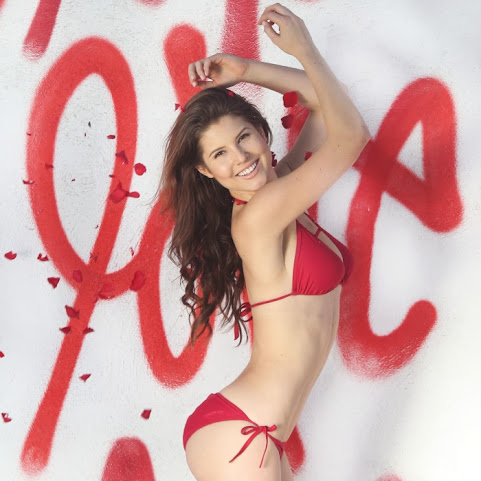 We hope in vain that locals are interested in something besides (in addition to) football and so we share this quick glimpse at pop culture, community news and interesting items from across the nation and the world . . .

Public Art at KCI: Information & Opportunities February 2020: RFQ (Request for Qualifications) for Project Advisory Artists. Note: this role is advisory and selected artists will not be eligible to apply for One Percent for Art projects at KCI. For eligibility and requirements visit http://city.kcmo.org/kc/Ads/Default.aspx In the AD CATEGORY pull-down menu, go to "Art RFQ/Ps,"...

KANSAS CITY, KS (KCTV) - Man in custody after early Monday morning standoff. Kansas City, Kansas, police were called to North 41st Street just south of Parallel Parkway around 1:30 for a domestic disturbance. When they arrived on the scene, they learned that following the disturbance, the suspect fired a weapon inside of the house which traveled outside and struck an occupied residence next door.

FEB 3, 2020 - A half-day's drive will get you to one of America's great cities - and ancient Egypt and Mongolia in the Middle Ages. Kansas City is perfect for those who are looking for getaway that offers great food, a variety of accommodations, plenty of arts and entertainment and great museums. That's where these far-flung places come in.

Amanda Cerny kicked off her week with a sizzling new set of pics shared to Instagram, and the images are proving hard to ignore. The upload shared on Monday included a total of four photos, all quickly becoming instant hits with the YouTube star's 26.3 million Instagram followers.

Dow Jones futures rose modestly Sunday, along with S&P 500 futures and Nasdaq futures, even as China coronavirus cases and deaths continue to swell. More airlines and countries are cutting off China travel. Apple ( AAPL) has closed all its stores in the country.


Biden to NBC's Guthrie on his son: 'You don't know what you're talking about'

Joe Biden snapped at NBC's Savannah Guthrie in a Monday interview, saying she didn't know what she was talking about after Guthrie asked the former vice president if his son Hunter Biden was hired by a Ukrainian energy company to gain access to th

DES MOINES, Iowa - Former Secretary of State John Kerry - one of Joe Biden's highest-profile endorsers - was overheard Sunday on the phone at a Des Moines hotel explaining what he would have to do to enter the presidential race amid "the possibility of Bernie Sanders taking down the Democratic Party- down whole."

Some three days after Brexit, British Prime Minister Boris Johnson scolded "America bashers" and claimed there was "no need" for the United Kingdom to agree to European Union sanctions in order to deliver a free trade deal with the bloc.


'We've built a brotherhood': Patrick Mahomes said he wants to be around his teammates every single day

MIAMI -- Super Bowl Champion and MVP Patrick Mahomes continued to brag on his teammates Monday during a news conference. Mahomes told reporters that he wants to spend every day with his teammates. "We've built a brotherhood with this team, I think that's the biggest thing," Mahomes said.

MIAMI (AP) - It took the Chiefs five full decades to bring the Lombardi Trophy back to Kansas City. They don't intend to wait that long again. With confetti still swirling and their thrilling Super Bowl triumph over the San Francisco 49ers mere minutes old, most of the Chiefs were already talking about next season.


The Roasterie releases 'KC Victory Blend' in honor of Chiefs

KANSAS CITY, Mo. - After all-night celebrations following the Kansas City Chiefs' Super Bowl victory, many fans may be in need of a caffeine fix on Monday. Beginning at 5 p.m., all Roasterie stores in the Kansas City metro will be selling the limited-edition "KC Victory Blend," a light roast coffee with notes of citrus.

Hide Transcript Show Transcript WE'RE GOING TO CHECK THE FORECAST WITH NICK. NICK: WATCHING A LOT OF BLUE HERE NORTH OF KANSAS CITY ACROSS NORTHERN MISSOURI. THAT'S THE COLD AIR, WHICH IS GOING TO LURK THERE THE REST OF THE MORNING BEFORE IT SURGES SOUTH OVER INTERSTATE 70, THEN BLASTS SOUTH LATER THIS EVENING.

Why should Democrats listen to Kerry or Hilary? Neither won when they ran for president.


I know this Mahomes character loves his teammates and that's good but it sounds like he's putting them over every other person in his life. His girlfriend should be offended by that after all she puts up with a life style that isn't easy being with him. He could have at least mentioned her support of him. I would love to see her dump him she deserves better. Then he could be with his teammates every day. Poor girl.

^^Really? Come on dude, quit reading into shit. Quit being a hater. Grow up. Worry about your own failed life first. Now scram.

^^^Nahomes is just showing his true colors and it's all about him and nobody else. Typical jock no doubt. He's the type who would shove your kid out of the way if he was late getting somewhere and sure as hell isn't going to be picking up any tabs for peoples pizza.

^^You mad bruh?? Jealousy is no way to live rube. Maybe if you work on yourself, people might like you. Doubtful, but you should try it.

1:15 is more dead on the money than you ill informed haters will admit to.

The ideal art for the new airport terminal would be larger-than-life statues of Sly and Justus made out of Crisco.
Outside.
So in the summer heat they would gradually disappear.
Unfrosty!

Chimpy is having a monkey stroke! Lol

Since KCMO is now hiring artists for the new airport the KCMO powers to be needs to hire the losing San Franciscans who shit in stores and on sidewalks and claim it is art. These people would do a nice job decorating the new airport. At the very least they would see what it is like to be in a winning town.