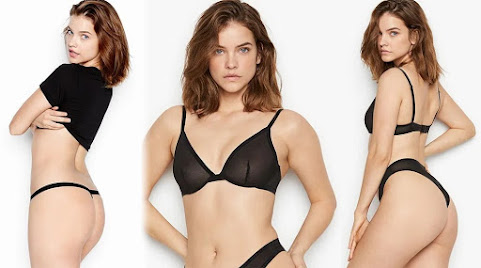 Tonight we share this intimate collection featuring Babs & her amazing body of work along with items pertaining to pop culture, community news and so much more . . .


Police warn drivers about most crash-prone locations in Kansas City

The Kansas City Board of Public Utilities turned off power to most of the 98 units at the Colony Woods apartments this week after the apartment's owner, an affiliate of TEH Realty, did not pay a $31,423.32 utility bill.The company is three months behind on payment, according to a BPU spokesman, David Mehlhaff.Residents at the apartments have started wondering if someone with TEH Realty stole utility money they paid directly to company along with their rent."I bet you they go home with their lights on," said Ronnie Hardman, a Colony Woods resident.

KANSAS CITY, MO (KCTV) -- Boulevard Brewing Company landed a spot on the top 100 breweries in the world by the website RateBeer. The Kansas City-area brewery came in at No. 53. "We are all really honored to be on this list. For us, we appreciate the great beer, and ultimately, the consumer has placed at No.

President Donald Trump is expected to name US Ambassador to Germany Richard Grenell as the next acting director of national intelligence, according to two sources familiar with the decision.

And Justice For All

WASHINGTON-It started, like most of the political firestorms before it, with a tweet. Unhappy with federal prosecutors' stiff sentencing recommendation for longtime Republican political operative Roger Stone, President Donald Trump took aim at his own Justice Department. Soon after, the DOJ backtracked.

A London court on Wednesday heard claims from Julian Assange's lawyer that President Trump offered to pardon the WikiLeaks founder if he said Russia was not behind the massive leak of Democratic party emails during the 2016 presidential campaign. Assange's lawyer, Edward Fitzgerald, made the claims during a preliminary hearing at Westminster Magistrates' Court ahead of an extradition hearing next week.

When was the last time you visited the dentist? For those who have not had their teeth checked in a while, UMKC's School of Dentistry may be the place to go. UMKC students qualify for a free checkup along with other discounts at the dental school, where students practice their skills on patients from around the community.

KANSAS CITY, Mo. - Local artist Megh Knappenberger had a vision for a piece of art as she watched confetti rain down on the Hard Rock Stadium field after the Chiefs won Super Bowl LIV. She grabbed a pen and sketched the idea onto a grocery list with the hopes of getting her hands on the confetti needed to bring it to life.

One More Winter Dust Up


Dusting of snow possible tonight; Thursday will be cold

Hide Transcript Show Transcript WICHITA. THIS WILL CONTINUE TO BUILD EAST. I THINK LATER THIS EVENING WE WILL AT LEAST SEE A FEW FLURRIES AROUND THE METRO. THAT ARE CHANCES FOR LIGHT SNOW TO THE NORTH OF THE METRO AND THE SOUTH. EVENING PLANNER, CLOUDY, CHILLY, FLURRIES LATE THIS EVENING.

Butts of the joke?

Even Jesus is embarrased said...

The most CRASH locations are the potholes that the city wont fix that ruin TAX PAYER vehicles, this city is such a democratic joke!!!