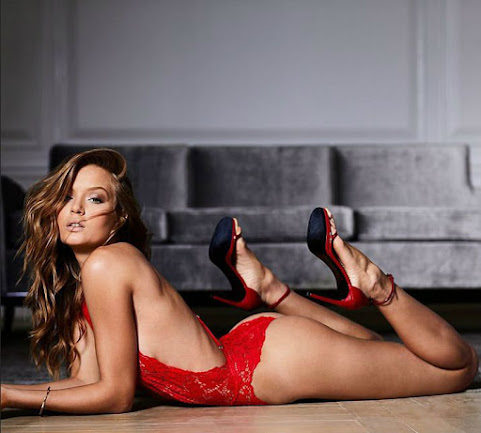 With tribute to hottie Josie who was also on the rise this Super Bowl, we check pop culture, community news and just a few more tidbits from across the nation.

Kansas City firefighters battled an apartment fire Tuesday night in the Northland. Fire crews were called just before 10 p.m. to the 6800 block of Northwest 81st Street and found fire showing from the second floor of the building.No injuries were reported.The cause of the fire is under investigation.

A shocking exposé details the reportedly toxic culture within the Victoria's Secret organization, including accusations against a top executive for allegedly harassing supermodel Bella Hadid and countless others. The New York Times interviewed more than 30 current and former executives, employees, contractors and models who have worked with L Brands, Victoria's Secret parent company, in recent years for an exposé about its cultural practices.


Lessons Learned From The Iowa Caucuses, And Danger Signs Ahead

subscribe to The NPR Politics Podcast podcast If the Iowa caucuses were a pop quiz on how well the nation is prepared for the 2020 elections, it looks like almost everyone failed. Or at least that they need to do a lot more remedial work. The meltdown was extensive.


Trump's acquittal may have profound impact on presidential power

Trump's acquittal, which is expected to take place on Wednesday, was largely preordained. A GOP-majority Senate was never likely to convict a Republican president, particularly one with Trump's influence over his party.

On social media this week the insults were flying thick and fast, some tinged with racism, but all with a common theme: how the World Health Organization, and its head, Dr Tedros Adhanom Ghebreyesus, was effectively doing the bidding of the Chinese government in the midst of the Wuhan coronavirus outbreak.

Hide Transcript Show Transcript REPRESENTATIVE OF WHAT WE HAVE TO DEAL WITH TOMORROW. A LOOK AT FIRST ALERT CLOUDS AND RADAR. IT LOOKED LIKE THERE WASN'T GOING TO BE MUCH REDEVELOPMENT. ALL OF A SUDDEN, WE ARE SEEING SOME OF THAT SNOW TART -- START TO POP UP AGAIN.


Trump is guilty??? How funny did these f**Ktards read the transcripts? did they research anything? NO! But they don't get what was going on and that was corruption. You saw what the idiots did last night at the SOTU they supported Hitler with their nazi sign and their chanting they supported the death of a mans brother who was killed by an illegal who had convictions they supported higher costs for meds among other hideous things. Oh and they supported Christians being shut down. Here's the funny part they supported the killings of terrorists but then supported ISIS. What was that????

^^Yes Trump is guilty. The transcript is doctored while the original has been looked in a top secret file. Maybe watch something other than Faux News dolt. You're missing the whole thing. Educate yourself.