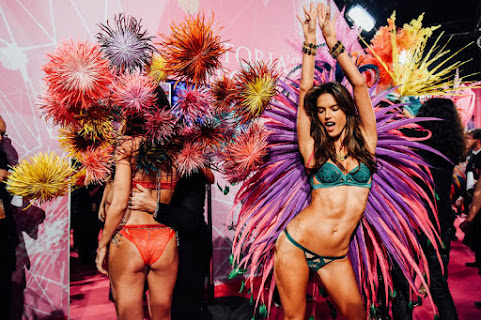 One this morning of Catholic approved celebration we round-up important news items on the top of panties and so much more for our community of early birds and hit some of the more important topics for right now . . .

Missouri Democratic Party leaked this one for the late night as the topic of rising socialism has many mainstream establishment denizens of the party a bit worried about the future. Here's the word . . . KCTV5: Kansas City to host presidential forum two days before Missouri primary "The forum will be held at 2 p.m.


'No time to panic': Local analyst tamps down recession fears due to coronavirus

OVERLAND PARK, Kan. - One woman has been critically injured Monday night in a fire at an Overland Park apartment complex. The fire happened just before 9 p.m. at the Four Seasons Apartments near 87th and Grant streets. Overland Park and Lenexa fire crews were called to the scene.


Alessandra Ambrosio stuns in a glowing bra as she celebrates Carnival

Alessandra Ambrosio showed off another eye-catching look as she continued to party the night away for Carnival. The Brazilian beauty put her stunning figure on display in a rhinestone-studded bra and matching cut-out bottoms that glowed in the night.

During the most recent presidential primary debate in Las Vegas, Sen. Bernie Sanders (I-VT) suggested that critiques of some of his most antagonistic online supporters are largely unfounded and unfair, proposing that some of the worst offenders might actually be Russian trolls on a mission to sow disunity in the field.

President Trump on Monday night called for Supreme Court justices Sonia Sotomayor and Ruth Bader Ginsburg to recuse themselves from any cases involving his administration after a recent stinging dissent by Sotomayor. Trump was responding to a statement from Fox News host Laura Ingraham, who said Sotomayor accused "GOP appointed Justices of being biased" in favor of the president.

Virus Around The World

Multiple outbreaks of the novel coronavirus outside of mainland China have continued to worsen, as experts warn we may be approaching pandemic levels.


White House seeks $2.5B for coronavirus, but Pelosi says that's not enough

The White House is asking Congress for $2.5 billion to respond to the coronavirus illness known as COVID-19 that has killed more than 2,600 people in mainland China, but House Speaker Nancy Pelosi called the request inadequate.

I can't remember ever having left an exhibition of paintings and subsequently thinking much about how they were created. The "Summer Wheat: Blood, Sweat, and Tears" exhibit of 17 paintings and drawings from 2017- 2019 at Kemper Museum of Contemporary has changed all that.

Now It's Time For Pancakes


Need an excuse to chow down on pancakes? Try Fat Tuesday

Everybody knows about Mardi Gras in New Orleans, but not everybody observes Fat Tuesday in the same way. There are other terms for the day before Ash Wednesday, the beginning of Lent, when Christians cinch up their belts and live more simply. In some denominations, including the Anglican and Episcopal churches, it's called Shrove Tuesday.

last party before the pandemic. Kinda morbid but I get it. Also Alessandra is still amazing.

Feels like a Poe Masque of the Red Death type of deal.


Bernie Sanders is a dead beat dad. He has a kid by some women and never paid child support. His own kid was raised on welfare assistance while he was out buying mansions to live in. Child support is a judgement that never goes away until it's satisfied, so how come commie Bernie isn't being pursued by the state he lives in for back support?

Keeping in mind the KC pothole situation, our Mardi Gras motto is...

Stay home all or ya catch the virus.

Sotomayor and Ginsburg call for Trump to go fuck himself.

Right like we need weather anchors to figure this stuff out.

Bland, dry, tasteless. Can I meet the chef please?

Bernie Sanders bought property in Vermont on 1964 and settled there full-time in 1968. A year later, his first child, Levi Sanders, was born to his then-girlfriend, Susan Campbell Mott. Although the elder Sanders had worked as a carpenter and a writer after he graduated college, his quickly found his true profession: perpetually running for office. n 1971, Vermont was debating a tenant's rights bill. One of the testimonials to Vermont's State Senate Judiciary Committee came from one Susan Mott of Burlington, who said the legislation did not go far enough in prohibiting discrimination against single mothers and recipients of welfare benefits. Mott had one child and was on welfare. That one child, introduced earlier in this essay, was Levi Sanders, Bernie Sanders' son. Which begs the question, why did Bernie Sanders' (former?) girlfriend and his son have to be on welfare? Where was the University of Chicago graduate's considerable marketable skills? What was 5-year-old Levi's father doing that he couldn't afford to support his own child? It turns out he was too busy coming in third with single digit votes. And so, his own child ended up on welfare because his father could not - no, would not - support his child despite having a college degree, which, at that time, was fairly rare.
That makes Bernie Sanders a deadbeat dad. Bernie Sanders' infatuation with his own political ambition kept him from supporting his own child. For all his browbeating about "the establishment", Bernie Sanders is a professional politician. He's been running for office - instead of taking care of his child - since he was 30 years old. He's been running for office or been in office for nearly 60 years. That is all he has ever done. And he didn't let anything - even a duty to his child - get in the way of his political ambition.

Bernie Sanders is a professional politician and a deadbeat dad.

public health needs to be invested in at all times because it is important at all times. disease-specific fundings like the thing mentioned by pelosi for the coronavirus - very well-intentioned no doubt - but can skew the efforts of public health officials, e.g. the ebola money sloshes around while other needs aren't met, so officials have to get kind of creative to "tie it in" to ebola to use the money to help meet other more basic needs, health measures that just in general promote health and prevent disease or are disease investigation and communicable disease treatment strategies that provide benefits other than just fighting the one specific disease.

you can't do better with investing public dollars than investing it in the public health system. maybe roads and bridges is a close second. absolutely last in terms of getting anything at all from the money spent is our ridiculous $700 Billion military each year, wasted wasted wasted on nothing but stupid wars we start and lose. -radish

No one knew deadbeat dad Bernie Sanders had a son while he traveled Vermont like a vagabond preaching Marxism from a tattered copy of The Communist Manifesto.

Mott said the legislation did not go far enough in prohibiting discrimination against single mothers. Especially, recipients of welfare benefits. Mott had one child and was on welfare.

That one child was Bernie Sanders’ son Levi Sanders.

Why did Bernie Sanders’ baby mama and his son have to be on welfare? What was 5-year-old Levi’s father doing that he couldn’t afford to support his own child?

It turns out, he was too busy preaching the wonders of Marxism to the trees on Mount Abraham.

New York Democratic Party activist M. Mendoza Ferrer post this on Twitter: In 1974, Levi Sanders' mother, Susan Mott, is quoted in Burlington Free Press saying, "she is refused apartments because she is on welfare and has one child. @SenSanders, with a UChicago degree, isn't working but running for VT Senator where he wins 4% of the vote as a socialist.

Democratic Frontrunner Bernie Sanders Releases Plan for Guaranteed 'Child Care and Pre-K for All'
"We know that the first four years of a child's life are the most important years of human development, so it is unconscionable that in the wealthiest country in the world, we do not properly invest in early childhood education."

Bold words from an asshole who wouldn't try to support his own kid.

Sotomayor is a horrible justice. Unlike the other liberals on the court, she doesn't even try to interpret and apply existing law, she just uses her position as a justice to advance her own personal views.

She is only there because she checks a box.


the Mardi Gras babes and Allesandra help cancel out the nauseating pics of Democrat appointees RBG and Sotomayor.

9:16, it was obvious when during her confirmation hearing she described herself as a "wise Latina" that she would consider cases based on her own predilections and biases rather than precedent and logic. But the Republican senators were too wimpy to oppose her. Now they pay the price. As one Ivy League law professor said (I don't remember who), Sotomayor thinks she's a lot smarter than she really is.

Sources? We don't got to show you no steenking Sources!

@9:16, yes, she was simply anointed to the court to fulfill the diversity is our strength affirmative action desires of the progressive party. She really is an embarrassment to the high court. This is how the progs fight, hopefully the silent majority can now see with their own eyes what they've willfully ignored for so long. That the conservative fight of law, order, and constitutionality will not win against the prog plotting, cunning, and subterfuge of the rule of law running deep through bureaucracy throughout the country.

Oh, Chimpy Chump/8:13, you certainly know all about ramming bananas up your stinky monkey butt.

Aaww, Chimpenstein/9:40, you had to ride the short bus to the Democrim-run KCPS prison pipeline, obviously. You want to be spoon-fed only Alinskyite commie crap. Grab your welfare bananas for your free breakfast and lunch, while the substitute teachers do your laundry.

Summer Wheat's exhibition at the Kemper Museum Of Contemporary Art is a perfect example of the blatant poverty of talent in the art community at the present. Subsidized shit is no substitute for that which enhances our lives. Feminized Picasso (wanna be) shit.

@11:11 did you hide your sources for the claims you made against Sanders somewhere in that incoherent ramble?

Or is this some more "irrefutable" horsecrap from the Tinfoil Hat Brigade being spread around that net because
TRUMP IS SCARED SHITLESS OF BERNIE?

It won't take a scandal to sink Bernie. Watch what happens at the debate tonight. His fellow Democrats are going to beat him into the ground over any number of problems; his reverence for dictators, his extravagant empty promises, his embrace of socialism when that word is box office poison in the rust belt, his desire to completely nationalize healthcare, it goes on and on. They might even use the good old Russia smears against him, since that seems to be the only page in the DNC playbook.

He is by far the most electable Democrat. This is not good enough.