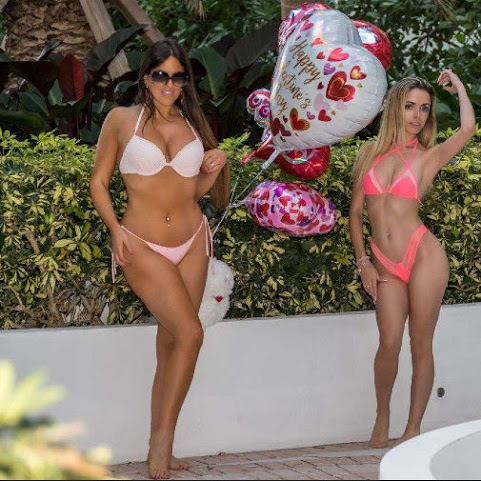 For our fellow clock watchers we compile a quick list of news from the world pop culture, community news and information across the nation and around the world.


Unusual Ending To Search For Missing Boy In Kansas City

(AP) - Authorities in Kansas City searched in freezing weather for a missing 6-year-old boy for hours before discovering he had been in his home the entire time. Police initially said that the child was last seen on video captured by a doorbell camera leaving the home on foot just before 9 p.m.

BLUE SPRINGS, Mo. - A vehicle struck a student walking to school Friday, Blue Springs police told FOX4 in a news release. The incident happened around 7:07 a.m. along Northwest Ashton Drive. Police said the female student, who is a senior, was not in the crosswalk when the vehicle struck her.


Who Should Pay For Dates? How Chivalry Contributes To The Gender Pay Gap

Valentine's Day is just around the corner, and it's estimated that 42% of singles will be dining out to celebrate. For straight couples heading out for a romantic evening, it's still the men that typically foot the bill. Although, that might sound like a good deal for their female companions, it's not.

Valentine's Day. A day of romance; a chance for men to shower their women with love and treat them like princesses. Sounds nice, doesn't it? But 14th February is a classic example of what people who study such things call "benevolent sexism."

Fight For Life Across Globe


More Than 1,700 Health Workers In China Have Been Infected With New Coronavirus

More than 1,700 health workers in China have been infected with the new coronavirus, according to Chinese officials. Zeng Yixin, vice minister of the country's National Health Commission, announced Friday that at least 1,716 health workers had confirmed cases - and that six have died from the disease now known as COVID-19.

The Justice Department has decided to abandon its efforts to seek criminal charges against former FBI Deputy Director Andrew McCabe, according to his attorneys. McCabe's lawyers were told last September that McCabe should expect to be indicted on charges stemming from inaccurate statements he made to FBI investigators about his actions around the time of the 2016 election.

WASHINGTON (AP) - President Donald Trump on Friday ignored his attorney general's public request to stop tweeting about the Justice Department, saying he had the legal right to ask the agency to intervene in a criminal case but so far has "chosen not to."

Welcome back to the Kings of Kauffman 2020 KC Royals Preseason Player Previews. Our writers are breaking down 30 players; we'll analyze how each fared last season, discuss projections for 2020 and offer commentary about both. Up for today is outfielder Bubba Starling.

CRAIG, Mo. - As snow piles up on the sides of the road from this week's winter storm, concern for spring flooding is growing. The National Weather Service says Kansas and Missouri face above-average flood risk this spring because soil is still saturated from last spring's flooding .

Hide Transcript Show Transcript GET OUT OF THE COLD. CODY: IT WILL BE A LITTLE COLDER DOWN BY THE ICE BUT YOU WILL BE FINE. NICK: TEMPERATURE REALLY CLOSE TO ZERO. WE MAY SEE KCI TAKE MEASUREMENTS. FLUCTUATE, GO QUICKLY TO NEGATIVE ONE AND GO BACK UP.

Double the fun with Claudia for Valentines?

Eff that thin blue line horseshit, or "professional courtesy" between law enforcement. Whether its judges siding with officers in plain traffic court regardless of evidence, to cops letting one another go despite egregious speeding, to the DOJ dropping all pursuit of that swamp troll McCabe; that shit has to end. Equal under the law. I don't even necessarily think that McCabe was left off the hook despite blatant violations as part of a partisan effort. Although Dems have been stocking the swamp pond of fed law enforcement agencies for decades as protection of their power while Reps have had their heads in the sand when they come into power pretending those officials are completely unbiased. Guess its becoming very clear now. Maybe some Dem voters not too far into the koolaid will wake up? Not gonna hold my breath.

The Economic Development Corp. of Kansas City has created a 350-acre area plan within the southeast portion of the city that will aid in redevelopment efforts.

Why can't a flood flush KC down the river?

Wonder how the opponents of "Benevolent Sexism" feel about the concept of "Equal Work For Equal Pay"?

With the EDC's latest "development plan" coming on the heels of the "surprise" that KCMO taxpayers have to make up a shortfall for the new convention hotel, you have to hope that the pothole filling starts quickly and can get at least a little something done before all the general fund money is gone.
Again.
KCMO city hall is little more than an ATM for developers and grifters.
Dig deep, KCMO taxpayers!