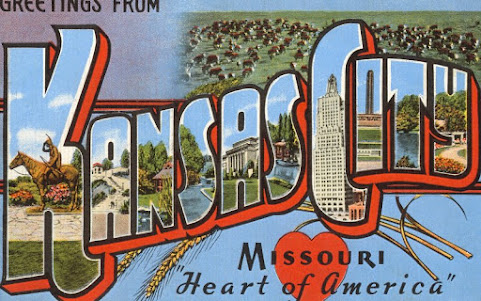 For the late night we share just a few links that might be worth a look for our most dedicated readers and denizens. Thanks for stopping by and checking a few important, nicer and bittersweet local news we stumbled upon today.


Man's apartment flooded as he waits for new place to live

Will Shireman has walked through two inches of standing water in his apartment for the past week. His toilet is overflowing. A sewage pipe in his apartment building is clogged, according to the manager.Shireman said his landlords with TEH Realty have stopped responding to his maintenance requests at the Nob Hill Apartments at 9422 Cleveland Ave.

INDEPENDENCE, MO (KCTV) -- Thieves torched and cut their way inside a VFW post, now veterans hope you will help police track down who stole thousands from them. The three thieves are lucky their tactics didn't start a fire inside this the Independence VFW Post off U.S. 24 Highway.

An ode to a witty and charming food critic that we'll dearly miss. Kansas City journalist and bon vivant Charles Ferruzza, who was a longtime food critic on Central Standard, died early Tuesday. He was only 62.

KANSAS CITY, Mo. -- Jakob Watson died of injuries in a conveyor belt accident at the UPS facility at Gardner Avenue and Century Drive on Tuesday, Feb. 11. He was a son, brother, uncle and friend. The people around him were his most precious blessing.

EFFINGHAM, Kan. - A snow shower on February 12 has resulted in a rare and strange weather phenomenon: wind-rolled snowballs. Viewer Lou Helmick sent in photos of the bizarre scene, a snow-covered field speckled with clumpy snowballs. In an email, Helmick said one of the snowballs measured 12 inches in diameter.


TRAFFIC ALERT: Both directions of I-70 closed at I-435 next week in Kansas City

KANSAS CITY, MO (KCTV) -- The Missouri Department of Transportation is warning motorists of an upcoming, complete closure of a portion of Interstate 70 in both directions in Kansas City. This closure will begin at 10 p.m. on Feb. 21 until about 5 a.m. Feb.

KANSAS CITY, Mo. -- Very few people can say they have been married as long as one couple from south Kansas City. Russel and Carol Brandsma first met in 1941. Carol was headed to a roller derby with a girlfriend when Russell just couldn't resist. "She was a real beauty," he said.


Breaking down the difficulty of the 2020 Chiefs schedule

Once the 2019 NFL regular season concluded on December 29, the NFL could announce each team's opponents for the upcoming season. Most of this is determined years in advance.

Future Of The Home Team Considered


What will the 2020 decade look like for the Kansas City Royals?

We're wrapping up the first month of the 2020s decade and we've seen the Royals continue down this path of rebuilding while trying to contend by adding some new faces along with some old friends. My feelings about this strategy (worried) is for another day.

Nearly three decades ago, Royals star George Brett raced out of the visiting dugout at Yankee Stadium and got in the face of rookie umpire Tim McClelland, instantly transforming what had been a run-of-the-mill regular-season game in mid-July into an iconic moment in baseball history.It became known as "The Pine Tar Game."

Mostly sunny skies will be with us Friday. It will not be as cold.