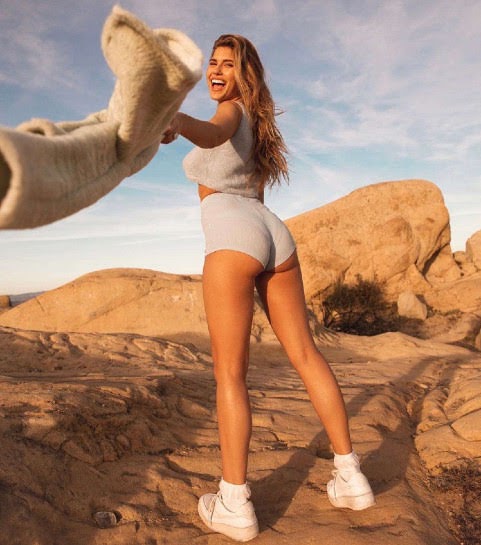 For our fellow clock watchers we share this quickie collection of pop culture, community news and just a bit of info from across the nation and around the world.

by: FOX 4 Newsroom Posted: / Updated: KANSAS CITY, Mo. - It's not every day that a police officer comes knocking, only to give you $5,700. Yet, that's what happened to Jimmie Charlene Herbst on February 27. In 2016, Officer Erik Winters found Herbst living alone in a home that he described as uninhabitable, according to a statement from KCPD.

KANSAS CITY, Mo. - Conflict resolution will be the theme for a program focused on ending gun violence. Friday, Feb. 28, is U-ROC Against Gun Violence Conflict Resolution Day. U-ROC stands for "Uniting and Reclaiming Our Community." The intent of the conflict resolution event is to rebuild relationships with family and friends and get people talking in their communities.

KANSAS CITY, Mo. - More than 800 law enforcement agencies across the country have inked agreements with Ring, the video doorbell company now owned by Amazon. That includes more than a dozen departments around the metro, who were drawn to Ring's mission to "Make Neighborhoods Safer."

After tenants at 100 Cypress were evicted, a mountain of the tenants' property was piled up on the curb, completely covering the sidewalk. Travis Silvers, Illegal Dumping Inspector in the Northeast community, gave the property owner and property management company a 24-hour notice on Thursday, Feb.

End Of The Week Witnessed


Yes, Hillary Clinton will soon have a podcast, too

Former US Secretary of State Hillary Clinton is ready to get her voice to the masses again, and in the most 2020 way of doing so, she's looking to podcasts. Her still-untitled show will be co-produced by iHeartMedia, a radio station conglomerate that has leaned heavily into podcasts, and it will be released this spring.

A federal appeals court has blocked the Trump administration's "Remain in Mexico" policy that requires asylum seekers who attempt to cross the U.S.-Mexico border to wait in Mexico while their cases are processed in the U.S. The unanimous ruling from a three-judge panel of the 9th U.S.

Rep. John Garamendi, D-Calif., appeared to threaten Donald Trump Jr., the president's son, on Friday, warning that they better not be in close quarters or they could have a "serious altercation." He made those comments on MSNBC while discussing the coronavirus.

The family of a fallen crossing guard has established a new way to honor him - by helping others.Bob Nill, 88, was killed while trying to save two children at the intersection of 54th Street and Leavenworth Road near Christ the King Parish School in Kansas City, Kansas.His family is now creating a scholarship fund to help kids attend Christ The King and to support educational materials at the school.If you would like to help, a GoFundMe page to support the scholarship fund has been set up.

ST. JOSEPH, MO (AP) -- The St. Joseph News-Press plans to reduce the number of days it prints and distributes a newspaper from seven days to four. Newspaper executives told employees Friday it will continue to publish an online newspaper seven days a week. The days the paper will be printed have not been determined.

Hide Transcript Show Transcript WE SAW ALL THE OUTDOOR ACTIVITIES, IT IS GOING TO BE SO GREAT. NICK: LOTS OF OUTDOOR STUFF SATURDAY AND SUNDAY. BOTH OF DAYS WILL BE WONDERFUL. 60'S WITH SOME CLOUDS. 60'S TO FINISH FEBRUARY AND START MARCH, THAT IS A GIFT. WE SEE LITTLE ON THE FIRST ALERT RADAR.

Three-judge panel of the 9th U.S.