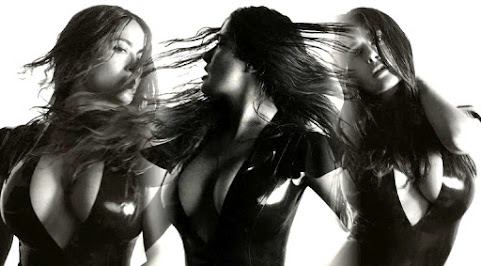 We start the early morning with tribute to Salma's enduring hotness and take a quick peek at pop culture, community news and all manner of content we're checking right now . . .

The busiest county in the Kansas City area just got a boost from a federal judge. And the judge's decision regarding the Sprint and T-Mobile merger bodes well for the future of commercial real estate in this county, according to a snapshot report from JLL.

Two weeks ago, the Kansas City Business Journal announced the 30 projects given a Capstone Award for projects completed in 2019. Now, KCBJ has unlocked the list of honorees so everyone can view it. Click through the attached slideshow to view photos of each project.

City employees in Roeland Park will soon have six weeks of paid parental leave, thanks to a new policy passed by the city council. The Roeland Park City Council voted unanimously to implement a policy allowing birth, adoptive, and foster parents to take six weeks paid leave if they're full time employees who have been [...]

Hide Transcript Show Transcript ANYONE ELSE ON THE PLANE SICK? HERE'S HOW. YOU ARE ALWAYS PULLING CLEAN AIR IN, AND NEVER ANY CONTAMINATED AIR CAN ESCAPE. KRIS: WHEN DEAN GRAY SAW THIS IMAGE RECENTLY ON THE NEWS. WE COULDN'T BE MORE PROUD. KRIS: AND WHY NOT.

The Foreign Correspondents' Club of China condemned China's decision to expel three Wall Street Journal journalists over a new coronavirus op-ed published by the newspaper that the authoritarian country deemed racist. "Simultaneously revoking press credentials of three correspondents is an unprecedented form of retaliation against foreign journalists in China," the FCCC said in a statement.

It's Finally Time for the High-Stakes Democratic Debate Everyone Has Been Waiting For Bloomberg Is the Crisis, Not the Cure The Democrats' Inexcusable Ignorance on Mexico How I Fought Bloomberg on Stop and Frisk-and Won Conservative activist Kaitlin Bennett arrived on the campus of Ohio University on Monday to film candid interviews with students about Presidents' Day.


Man arrested for threatening to kill Schiff, Schumer over impeachment


There's a new Major in town

Hide Transcript Show Transcript A U.S. CITIZEN. HE HAS SUCCEEDED IN BOTH. HIS U.S. CITIZENSHIP MEANS HIS FAMILY FROM VENEZUELA CAN TRAVEL TO THE U.S. TO SEE HIM PLAY. IT IS AWESOME. ONE OF THE BEST THINGS TO HAPPEN TO MAKE. LEN: PLAYING IS WHAT HE IS LOOKING FORWARD TO.

Patrick Mahomes and his longtime girlfriend Brittany Matthews are still enjoying their Super Bowl victory. Fresh off leading the Kansas City Chiefs to a win over the San Francisco 49ers, Mahomes recently posted a touching tribute to Matthews on social media. Here's a look at how Mahomes and Matthews are celebrating the offseason.

FAIRWAY, KS (KCTV) - We're coming down the homestretch of February, just 10 days left until we flip the calendar to March. The weather pattern suggests we are in for a bumpy ride over the next week and a half. That means March could come in like a lion.