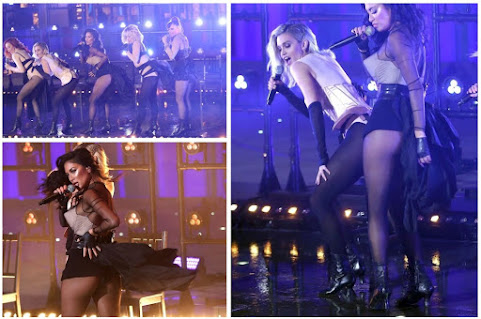 True, most people don't know who the Pussy Cat Dolls are but that doesn't stop them from inspiring our early morning conversation and consideration of pop culture, community news and info from across the nation and around the world . . .

A Kansas City real estate agent is warning about a bold and unique scam targeting both agents and potential renters. Re/Max Heritage agent Olanda Nicholas says a potential buyer used her services to show a home in Kansas City to people looking to rent, with no intention to buy the property.


FOX4 Teen Vaping Town Hall: Discussing a problem prevalent in all of our communities

KANSAS CITY, Kan. - FOX4 is teaming up with doctors and researchers from The University of Kansas Cancer Center and Kansas City, Kansas Public Schools for a town hall on the impacts of vaping on teenagers. You can watch the town hall live on this page beginning at 9 a.m., or the FOX4 Facebook page.

KAUFFMAN STADIUM. THERE'S NO LIFE INSIDE THE OLD FRITZ'S IT'S 75TH AND METCALF IN OVERLAND PARK PLOWBOYS BARBECUE IS OPENED UP ITS THIRD LOCATION INSIDE THE RENOVATED SPACE FRITZ'S CHILI SHUT DOWN IN 2018 WHEN THE OWNER DECIDED TO RETIRE PLOWBOYS DECIDED TO EARN HER FRITZ'S CHILLY BY PARTICIPATING NATIONAL CHILLY DAY.

Don't cha wish your TV performance could just go ahead without a glitch? That might be what The Pussycat Dolls were thinking anyway, when they suffered a major technical issue while appearing on The One Show . The recently reformed girlband were set to sing their new single React on the live BBC programme on Wednesday.

With Bernie Sanders looking more and more like the potential Democratic presidential nominee, the good people at the Center for Politics at the University of Virginia have released their first take on what the electoral map might look like in a matchup between the senator from Vermont and President Donald Trump.

The U.S. Securities and Exchange Commission (SEC) has charged actor Steven Seagal for unlawfully promoting a cryptocurrency investment scheme claiming to be "the next generation of bitcoin."

It has a 5.5kWh battery under the floor that can run for 44 miles on a single charge -- you can simply plug the EV into any standard 220v outlet and wait three hours to fill its battery. You can also only drive up to 28 mph.

DAMIEN WILLIAMS WILL APPEAR ON JIMMY KIMMEL LIVE TONIGHT. KANSAS CITY! LET'S GO! LET'S GET IT! HALEY: CAN YOU TELL HE WILL NOT BE ALONE? IT WILL BE JOINED BY EMMA STONE STREET. STONESTREET SAYS AFTER THE SUPER BOWL, THERE IS ONE THING HE WANTS.

Democrats in the Missouri House are ramping up their efforts to pass legislation prohibiting discrimination based on sexual orientation or gender identity. The Missouri Nondiscrimination Act, known as MONA, was filed weeks ago but has yet to have a public hearing.

by: AP Wire Posted: / Updated: TOPEKA, Kan. - The Kansas Senate has approved a bill that would allow on-the-farm sales of raw milk so long as farmers have a label on their containers stating that the product is unpasteurized. The vote Wednesday was 37-3.

KANSAS CITY, Mo. - Nearly 200 medical marijuana dispensaries will open later this year in Missouri. But with a workforce that has little to no experience, some who are vying for jobs are trying to get a leg up on the industry.

who doesn't like to start their day with pussy?