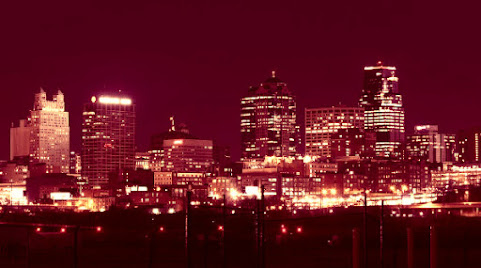 Legal moves and pious chatter about reduing Kansas City crime in 2020 has proven ineffective as this town has already recorded 20 murders to start this divisive presidential election year.

KANSAS CITY EMERGES FROM BLOODY WINTER 2020 WITH LITTLE PROGRESS IN THE FIGHT AGAINST CRIME & HOMICIDE!!!

The holidays are over, Valentine's Day love is now in the past and tempertures are starting to warm up.

To worsen the situation, the topic of local control puts police at political odds with the overriding progressive sentiment among KCMO leadership who are only united in their opposition to Prez Trump.

And so, tonight we highlight recent crime news and pray for peace as Kansas City's most violent time of year is nearly underway.

by: FOX 4 Newsroom Posted: / Updated: KANSAS CITY, Mo. - For most people, the Chiefs parade and pep rally on Feb. 5 was a day of happiness and celebration. However, 16 people ended the day with more frustration than fun.

Almost $30,000 worth of supplies, including six ATVs, were stolen from a nonprofit organization's shed this week.Deer tracks line the snow nearly everywhere at the Gardens at Unity Village. But tire tracks Wednesday morning were suspicious.Six ATVs, owned by volunteers, were locked up inside the shed.

OLATHE, KS (KCTV) -- Olathe police are investigating an armed robbery that happened early on Saturday. According to the authorities, the robbery happened at 3:10 a.m. in the 13900 block of S. Mur-Len Road. A man wearing a mask, a black hoodie, and black pants entered the business armed with a knife and demanded money.

by: Brian Dulle Posted: / Updated: KANSAS CITY, Mo. - A 39-year-old Grandview man is facing multiple charges in connection with the kidnapping, assault and rape of three women in separate incidents in 2019 and 2020. Jackson County prosecutors on Sunday charged Kevin W.

Authorities say more than half a dozen tips have come in over the last 10 years related to the Valentine's Day murder of John Valdivia, but investigators still need more information.Greater Kansas City CrimeStoppers and the TIPS Hotline said in a release that authorities still need more details on Valdivia's death, which happened on Feb.


2 people shot in KCK, suspect in custody after gun battle with police

by: FOX 4 Newsroom Posted: / Updated: KANSAS CITY, Kan. - Two people have been shot and a suspect is in custody after a shootout with police near 11th and Quindaro Friday morning. The incident started mid-morning on Valentine's Day just south of Quindaro Bouldevard.

KANSAS CITY, MO (KCTV) - Lamonte McIntrye is finally being acknowledged and compensated for his wrongful conviction, but it comes more than two years following his release from prison. McIntyre and his legal team say justice will be complete when responsible parties are held accountable.

LEAWOOD, Kan. - A proposed bill in the Kansas Legislature would classify "Peeping Tom" crimes as sexually motivated crimes, requiring people convicted of such crimes to register as a sex offender. A Leawood teenager named Emily, who attends Shawnee Mission South High School, is one of the driving forces of that measure.

LENEXA, KS (KCTV) -- Police said a 15-year-old led them on a chase Friday morning that ended on Interstate 35 when officers halted his stolen car with stop sticks. Lenexa police responded around 5:30 a.m. to a report of stolen vehicles at the Quiktrip near College Boulevard and Pflumm Road.

KANSAS CITY, Mo. - Mayor Quinton Lucas is serious about his campaign promise to pardon thousands of non-violent offenders in Kansas City, Missouri, who have been convicted of marijuana possession or paraphernalia. "I think, frankly, this is just us carrying it out probably three years too late," Lucas said.

As always, thank you for reading this week we hope to have more for the morning update . . . STAY TUNED!!!

T, outreach and pardons aren't really the solution. You are smart enough to realize that. The only real hope is the topic you write about almost every day.

KC's only real chance of reducing violence is simply to move lower income people out of town and into the east suburbs. That has been the plan for some time, only now you're finally starting to see some progress.

The new stadium is the best part and what should really increase the urban turnover.

^^^ great theory boomer. Did they teach that to you at the University of Chicago sometime in the 50s. That economic model of scarcity is stupid and it only comes from half educated creeps who can only pretend to be educated on the Internet. Smarter people know that bunk doesn't work in the real world.

This is why Leawood will always be nicer. Sorry biscuit eaters.

8:58 Detroit is coming out of Bankruptcy, And the riverfront is ROCKING. KC, not so much.

Kansas City has way more queers and homosexuals than Detroit That makes us a lot worse city than Detroit. Also, I don’t think Detroit has ever had a weak homosexual mayor to deal with.

^^^ you seem to think a lot about having sex with men. What do you think that says about you? Weird.

Regarding KCMO Homicides
According to actual statistics from the KCPD, what demographic is responsible for the great majority of both homicide victims and perpetrators? The answer is Black Males, age 17-30, and it's been that way for years.

Gun control measures are predominately about stripping away people's rights, keeping them under government control, and perpetuating their status as societal victims.

Mayor "Selfie Q" is a Liberal/Progressive SJW who never met his biological father, was raised in a dysfunctional family, afforded an excellent education thanks to a charitable White Institutional Racism, was all set up to live the good life on the East Coast, but returned to KC on a futile mission to play savior to those who never asked for his help.

If KCMO is the only major city in the country without municipal control of their police force, and you believe that's a positive, what are the odds that all other cities are wrong?

Are you also advocating that KCMO give up control of all municipal departments? Why is the KCPD so unique? And why is KCMO City Hall sitting on their hands, while every year the Fire and Police budgets grow like a metastatic cancer that is now on the verge of bankrupting the city?

Mayor Lucas knew what the situation was when he ran for office. He obviously is incompetent. IMPPEACH LUCAS NOW!

Didn't San Quentin Donald Ludicrous promise to disarm all of the wife beater in Kansas City, which was suppose to stop every Homicide for eternity? Perhaps he got too buys trying to get his face in front of another television camera, for self-glorification, and forgot what he promised to do. Or, perhaps he has no ability beyond running his do-little mouth. His first six money sucking months in office don't seem to have produced any worthwhile results.

WIN! LOSE! VICTORY! DEFEAT! Is that what it's all about with you chuck? Constantly thinking your views superior above all others?

8:17 his views are definitely superior to your triggered responses, question, why does chucks truths trigger you so badly?


Tells is like it is said...
Removing Police management from the state, and placing it in the hands of the corrupt 12th & Oak crew would utterly destruct local law enforcement. Blaming cops for the high murder rate is nuts. Political reluctance simply refuses to come to grips with the stats in the previous comment. Bloomberg's Stop & Frisk worked before he caved to pc nonsense. Of course, being the prick he is, he now cries bullshit tears for his past sins.