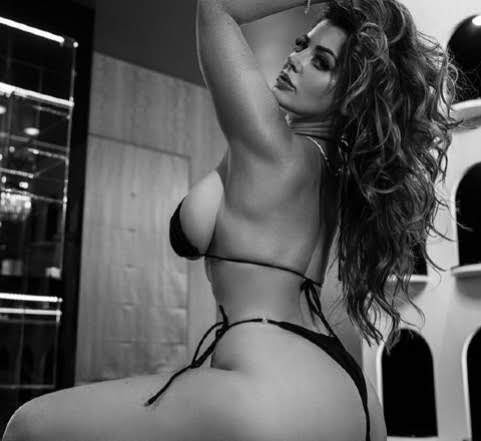 With millions upon millions of social media fans and movie crossover projects, adult actress Sophie Dee reminds us the pr0n is pop culture and pop culture is pr0n. Accordingly, the provocative performer inspires this educational, informative, newsworthy fair use look at local headlines and current trends from across the nation and around the world:

KANSAS CITY, Mo -- In just two weeks, the Democratic presidential primary candidates will be in town, making their pitches to Missouri democrats in a last-ditch effort to gain votes ahead of the March 10 primary vote. The event, scheduled for March 8, is not a debate or a forum.

KANSAS CITY, Mo. - Kansas City Fire Department is investigating a house fire in the 56-hundred block of E. 30th Terrace. The fire is out. The cause remains under investigation. At this point, it's unclear whether anyone lives in the home.

There's no dispute on whether Jesus Mesa Jr. killed 15-year-old Sergio Adrián Hernández Güereca. He did. And there's a video of it. In 2010 Mesa, an on-duty U.S. Border Patrol agent who was at the border in El Paso, Texas, shot Hernández at least twice - once in the face.


Over 1,300 complaints were sent to the FCC about Shakira and J.Lo's Super Bowl halftime show

Families all over America gathered on Super Bowl Sunday to watch the Kansas City Chiefs battle the San Francisco 49ers, turning one of America's most beloved sports events into a cheerful family affair.

With the Lenten season near, Catholics immerse themselves in 40 days of abstaining from sweets, technology, alcohol and other luxuries.But did you know that Catholic monks in the 1600s brewed beer specifically for a liquid-only Lenten fast?

No Snow After All


Light precipitation this evening with snow staying southeast of KC

I always heard that, if you took your Christianity seriously, you should give up something of great importance to you for Lent.

So, years ago I gave up Religion for Lent.
Best decision I ever made.

Hey Tony, you fucktard! Finish up your bullshit Stalder post so I can rag on him. Get your snout out of those tacos and get to posting! DANCE MONKEY, DANCE!

The Morning Dumbing Down Links

The travelling DNC sideshow event will probably cost you $1000 or more to get in. Sponsorship will be even more.