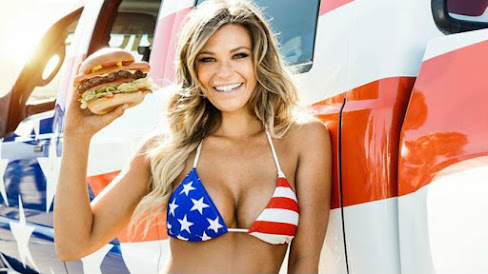 Like all of the Internets and mainstream news, most of the stories are sketchy at best and just offer entertainment for locals living quiet lives of desperation.

However, today a bunch of hateration against a controversial Kansas City restaurant made the front page of Reddit according to some very resourceful and thoughtful denizens of this blog communiyt. We notice this place is REGULARLY TARGETED BY INTERNETS DENIZENS and that's mostly due to their tense relationship with hipsters vs. old school clientele.

More likely than righteous foodie consumer advocacy and/or a public health warning . . . This is more of an indication of generational culture war inside the Kansas City loop as the working class is forced to make way for the new gentry financed by their parents.

It other words, it's mostly B.S. as Reddit is great fun but it's mostly garbage and their chatter regarding local eateries isn't even as reliable as the Trustworthy Reviews from 500 Assh*les that typically make or break most local restaurants.

This is what gentrification looks like, the owners probably don't even know they're under attack online.

Rich little twits can be cruel. They see a business that has been in KC for 50 years and think it's a nuisance and not a tradition.

Not every place can serve sushi and kale smoothies..

Yeah, I saw this one. Unknown, unnamed guy quits his job because he's fighting for the integrity of chicken strips that are going into the fryer anyway. Highly doubtful.

Ummmmm ... TONEEEEE you just included the irrelevant joke vid but forgot to tell us whether it's Marriot or Crown Plaza.

^^^^ this guy has been fired from both. Keep it your pants, chappy!

Hey everybody if you don't want to look at Reddit, the post is about Captain Taco - one of TKC's sponsors.

I love their nalga wings! Delicious!

could someone please provide a link to the reddit thread in question?

Not every KC tradition is worth preserving.

Do your own research and stop being b*tches. Obvious that TKC doesn't really care about your social media whining. Sometimes it's good. I like how they locked up that creeper from Rockstar Burgers. But just because an employee got into a fight with a manager is no reason to try to bring a restaurant down. Obvious takeover ploy.

Links are lame,log off of Chaturbate and do a Google search

^^^ I think Grip just got himself put on a watchlist. Good luck buddy! I don't think you're as good at the Internet as you think.

Then why did he post this, Greaseo? What you say makes no sense.

Quick,
Under
A
Falling
Ford!

Also, sending Tony a an e-mail to delete it you sleaze. Maybe you deserved to get FIRED! Not the other way around.

Gosh, Grippo, being Tony's right-hand "man," being able to interpret his very thoughts and feelings, must be an exciting lifestyle. What's it like being so close to the powerful? Is it fun moderating some comments and driving right past others that are ten times worse? Was this the best job you could get? What's it like dealing with Chuck Lowe? Is he cute? Have you been out to his house yet?

I really like how Anton's deals with shitty comments, they just blow that crap right off and usually say something snarky to the reviewer.