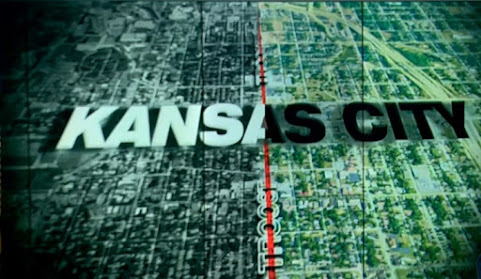 A classic and constant conversation has a bit of nuance this time around that's still mostly unmentioned . . .

Hint . . . MAGA might not be so happy about this one either given that poor whites are moved out right along with minority neighbors because the only color that matters is green.

Still, the talk of this town's de facto segregation persists in this latest update:

"Kansas City has a racial dividing line that has left a legacy of segregation. KCTV5 News is taking a closer look at how the line was drawn and what’s being done to integrate and develop neighborhoods."

They failed to mention that the koloreds don’t want whitey on their side of the line, those pesky little facts.....

Wash, rinse, repeat. Everyone over kindergarten age in the KC metro has heard the story of the racial dividing line, namely Troost. Must be a slow week at channel 5.

What I can never seem to understand is how gentrification is bad. Yes I know the value of property goes up and "people can't afford to live there". Except, If they are home owners then they benefit from the increased value. Now the problem is that they refuse to spend the money day to day that it takes to maintain a property and that causes a decline in value of the area. You can't have it both ways. If like a responsible owner you keep your property up, it looks nice and the infrastructure is solid you gain. Yes tax assessments increase but so does value that you own. If you let the place fall down around you then yes you lose. You can not just buy a home and let it deteriorate and expect that you will get our money back when you sell. That is not gentrification that is stupidity and being irresponsible.

I'm sure that's your experience but it's actually that all normal people despise Nazi scum.

You assume you will always have the upper hand. But maybe you will be able to understand in the future if and when people with more money than you decide they need more land and bigger homes and you are priced out. I'm sure you are incapable of self awareness of your priveledged arrogance so we will just have to accept your servility to your class betters until that day.

A person who already lives in a gentrifying neighborhood is not priced out, he is priced in. The value of his property could double or triple while he just sits and watches TV. At some point he will decide to cash in by selling the house and moving to a cheaper neighborhood, where the same thing might happen all over again.

Except, while one waits for their property to increase in value, Frank White will double, triple his un-affordable property taxes.

And possibly endure a forced sale if maintenance cannot paid for. The facts of gentrification are well proven, but going by some of these idiotic comments, some people are eager to make some money off the misery of their neighbors.

If you can't keep up your house you should move to someplace you can afford. Gentrification has nothing to do with that.

So it be ok with you for billionaires to buy up everything and kick your servile ass into a squalid refugee camp.

seeing quentin in this sweater vest, all I can say is, "wow."

if cleaver lasts too long we may forget about bow tie. if cleaver goes too soon then sweater vest hasn't had time to ripen his claim on the congressional seat.

either one would be VASTLY better than cleaver. thx.

12:26, while I’m sure you shine in your Drama 101 class, your argument here is feeble. If you have something that others (in your post, “billionaires”) are willing to pay for, I’m guessing you won’t end up in a refugee camp unless you enjoy that lifestyle.