WRAP IT UP!!! KANSAS CITY EARNS TOP RANKING FOR STDS IN MISSOURI!!! 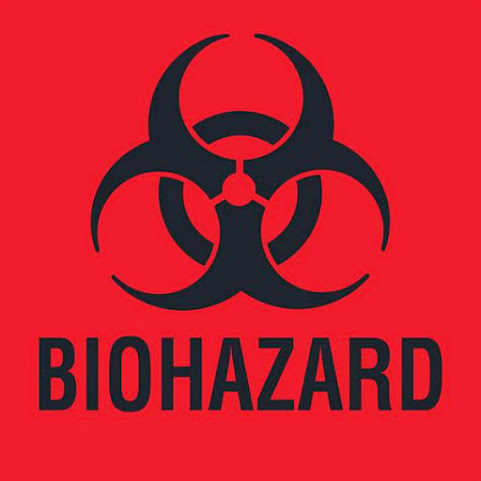 Kansas City ranked higher than any other place in Missouri in a recent survey of to 100 American cities suffering the most cases of sexually transmitted diseases.

To be fair, the numbers might reflect better healthcare and reporting in addition to a more "thriving" Internets hookup culture among this town's hipsters.

A new study ranked four Missouri cities in the top 100 U. S. cities for cases of sexually transmitted diseases. The study was done by the organizers of Innerbody. com. It used data from the Centers for Disease Control and Prevention and the U. S. Census.

We have a lot of homosexuals and fat tattooed bar sluts spreading diseases. That’s why I only fuck married Joco women

VD and homicides!
Who says KCMO isn't a vibrant progressive urban place with lots of momentum?
Worth at least a selfie or two from smiley selfies Lucas.
Maybe if the electeds ignore the infrastructure for a couple more years, KCMO can be first in potholes too!


That's gross. Do people know how dirty it is to have sex with someone they don't know? How do you know if they wash their butt good? Gay guys do you know if that penis has poop on it from someone else? Think about the poop that is spread from gay guys. YUK

Sounds pretty much on par for KC.
6:18, I’d say it’s more likely that you have a collection of blow-up dolls that you like to pretend are from JoCo. And 6:53, you run the same risk when you back door your old lady. And don’t say you never have.
You both should also know that there are other gay sex acts besides butt sex even though that’s where your minds like to stay anchored.

In the new Progressive, permissive America, it's a totem, a mark of pride to have Herpes sores the size of the sand traps at the British Open on your dick.

Anything goes and while we all breathlessly await legislation from the new Socialist President elected in 2020, that will - even more dramatically, "Fundamentally Change" America according to the will of the "New Demographic", we can all take selfies of the buboes we acquire from the plagues engendered by the fetid squalor and filth in Democrat cities and compare them to the sores in our crotches.

It's a brave new world.

Washington D.C. at the top of the list, followed by 9 other Democrat run cities. Nasty.

^^^Not true. Most of them have no Religion.

^^^^^ Well, they do get almost as much action as Catholic Priests or Evangelical Preachers or Black "Revrundz"!
But the Priests and Revrundz do get the young ones!

The majority of new infections are in the Black/Hispanic/Gay population. Somehow, I'm sure that White Supremacists are to blame.

White supremacists and Evangelicals are some of the biggest cocksuckers in the population. It's no wonder the STD's are spreading like wildfire in both those communities. Closeted Nancies the whole lot of them!

If only every nigger and queers dick on the planet rotted off no more niggers at least. We’d still have the queers for cannon fodder or throw them off buildings for fun

So 1.3% of the entire population of KC are pathetic, diseased individuals, got it.

'cause all the BROs endorse the Down low.