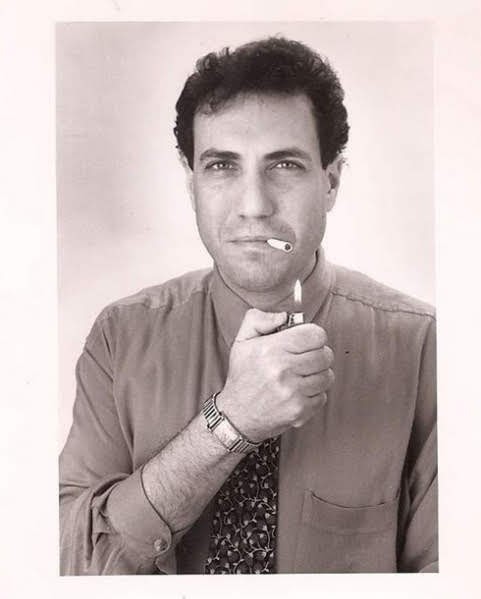 Most of the social media posts remembering Kansas City journalist Charles Ferruzza have been maudlin, self-absorbed garbage hoping to garner shares, likes and sympathy over somebody else's demise.

People who knew Ferruzza near the end could see his health deteriorating, listened to his very sad stories about visiting his sick mom and commiserated about his declining capacity to continue his work coupled with the very real need for cash that simply was no longer available in the local journalism game.

And so, this blog post is very much about the death of journalism in Kansas City that's more personal than political regardless of the partisan rantings that usually accompany the topic.

Charles Ferruzza was a casualty of community journalism. Had he picked a more lucrative and stable endeavor, it's likely he would still be alive today. The death of the local industry has created quite a few entertaining indignities suffered by haughty scribes knocked down from their privileged positions but Charles was one of the VERY FEW who managed to keep his dignity intact during harsh times . . . Again, this was probably his undoing.

And so the tone of this post and our response to all of of the saccharine Kansas City social media trash that has already evaporated hopes to remember the cutting wit of Mr. Ferruzza and how he was gracious, charming, affable but just as ruthless and mean as any Midtown columnist who ever merited the loyal readership of Kansas City.

Since one of the foundations of this blog is curation of better content than found ANYWHERE else, we want to highlight the BEST local tributes to the beloved local author, of which there are sadly only a few . . .

Again, at this late hour we are confronted with the reality that life is short and I'm not really interested in any more commentary on this topic for the moment.

The history of Kansas City is filled with notable characters and Charles Ferruzza was more remarkable than any of the people who bothered to memorialize him.

And so, the written word and local reporting continues to evolve after the death of Charles Ferruzza. Sentimental souls will cling to their memories until those are finally stripped away as well. Some of his mediocre colleagues seem to hope that their work in journalism and the "first draft of history" provides some greater meaning amid sadness but the rise of technology has quickly moved mankind toward POSTHISTORY and the conclusion of human developments and understanding. Still, even the cold calculations of physics inform us that energy can neither be created nor destroyed and as flawed, phony, cliché or fake as so many of the recollections of Charles Ferruzza have been; they exist in spite, in defiance of the void he leaves/joins and the big deadline everyone confronts in the end.
Posted by Tony at 1/31/2020 11:59:00 PM