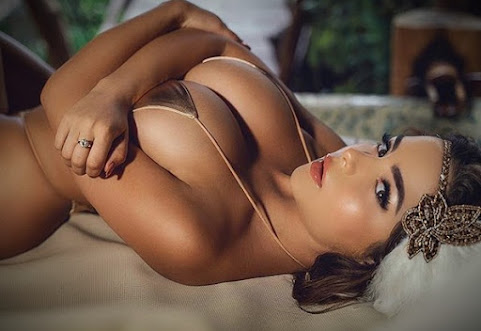 ST. LOUIS (KMOV) -- The Chiefs and 49ers will face off in Super Bowl LIV, but it appears the Kansas City team is America's favorite. BetOnline.ag tracked Twitter data, focusing on the primary fan hashtags for each team, such as #GoNiners and #ChiefsKingdom.

BLUE SPRINGS, Mo. -- Trash troubles have garbage bags piling up and dumpsters overflowing, and it's not just one company behind the mess. Driveways across Blue Springs are starting to look like dump sites. "It's a little frustrating, right?" WCA customer Lonnie Smith said.

KANSAS CITY, MO (KCTV) -- Authorities continue to seek help in regard to a 2017 murder of Dominique Byers. Police say while a number of tips have been received, additional information is requested to assist in the investigation. Tuesday marks the three-year anniversary since Byers was found dead from an apparent gunshot in a parking lot near 6600 Blue Ridge Boulevard.

Demi Rose has posted a heartfelt tribute to her late parents on social media, seven months on from the tragic death of her mother. The Instagram star shared a photo of herself wearing a crucifix necklace as she told her 12.5million followers that she is 'healing' after a tough year.

In 2005, Joe Biden's brother bought an acre of land with excellent ocean views on a remote island in the Caribbean for $150,000. He divided it into three parcels, and the next year a lobbyist close to the Delaware senator bought one of the parcels for what had been the cost of the entire property.

Former national security adviser John Bolton is making it hard on Republicans in the Senate who want to act as if President Trump has done nothing wrong in his dealings with Ukraine.


The Coronavirus Is A Black Swan Event That May Have Serious Repercussions For The U.S. Economy And Job Market

A black swan event is a term used on Wall Street that refers to a rare and unpredictable occurrence that is beyond what is expected and has severe consequences. It's derived from European explorers who had previously thought that all swans were white and only white, as that was all they knew.

The US Food and Drug Administration is giving the maker of Purell products a stern warning: Stop making unproven claims that over-the-counter hand sanitizers help eliminate Ebola, MRSA or the flu.

MIAMI - Andy Reid probably didn't realize it when he strolled into Brett Veach's office in late spring of 2016, but there in front of him was the direction of his franchise. The guy holding the clicker was its future off the field, and the player on the screen its future on it.


The Best Places to Take Pictures in Kansas City

Hide Transcript Show Transcript BOBBLEHEAD. CRAZY THAT THAT KEEPS ON GOING. WINTER KEEPS ON GOING IN KANSAS CITY, STARTING THIS MORNING WITH COLD AND CLOUDY CONDITIONS. WIND CHILL VALUES IN THE 20'S. YOU MIGHT SEE A LITTLE BIT OF FOG ON YOUR DRIVE. THE CLOUDS WILL HALT ANY WARM UP.

^^and yet the majority of the country want the Chiefs to win. Weird.

And you know this how?

When the barista showed off her pair of Demitasse, espresso sales perked!!!

If Joe Biden is corrupt, does that mean Donald Trump isn't?

I wanted to vote for a woman in the Democratic Primary, but the only one left is Warren & she's too crazy; as is Sanders. Biden is too feckless. At this point, it looks like I'm going to vote for Bloomberg because he's not afraid to take on the NRA & end this terrorist, traitorous organizations stranglehold on our country.

Regardless of who wins the primary, I will be voting against Donald Trump's Dictatorship.

^^^Well lucky for us, you're nobody! Chiefs in a romp!

TOP PHOTO PROVES IT!
Half a Rose is better than none!

8:53 There is no dictatorship in the us you silly monkey, go fling some poo or no bananas for you!