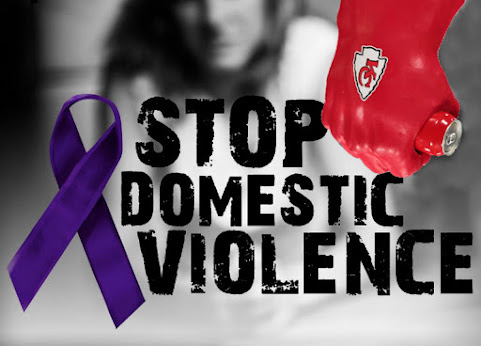 Local news isn't asking tough questions about the Kansas City Chiefs but other local news outlets have been vicious in their criticism.

"Don’t root for the Chiefs. Not this Kansas City team that has Tyreek Hill, Terrell Suggs and Frank Clark, very good football players who have done very bad things."

The horrific past remembered . . .

"You’d think after ex-Chief Jovan Belcher murdered his wife before killing himself at the team facility in 2012, they’d steer clear of violent types. Instead, they’ve gone the other way."

The column is sour grapes garbage directed at deplorable Pats fans but that doesn't mean the claims can't be documented and open for debate:

Sporting News: Tyreek Hill's timeline of trouble: From a domestic violence arrest in college to child abuse investigation with Chiefs

And info about the star of the defense . . .

NBC ProFootball Talk: Frank Clark would prefer that we not mention his domestic violence incident

Everybody loves a party. Mostly just an eat and drink festival. The occasion is that big of a deal.

I think it eliminates all women from the party. Why do you want cheer men who have been in trouble for domestic violence?

I need women to fuck and cook for me. I definitely don’t need them to tell me which team I should root for.


It will only ruin the party for those who suffer from the abuse. I had a friend that would get violently mad if the Royals lost a game. His sister said it was really scary. As for the players I'm sure they do the same thing. That's why I don't support these people or their making millions and being abusers and also Anti-American. It's just not family friendly anymore.

^^^Go watch Maude then loser. Stay off a thread about football so you don't get triggered. Bitch.

Funny foam fist. I have that at home. Only cost about 7 bucks but I had to disinfect it.

Chimpy getting mad! Maybe he wants a peanut.

Because not watching tv will protect us from psychos? Because objecting to violent attack is "triggered"? People making insane codependent excuses for abusers should get professional help to get out of their situation. That includes people who make excuses for sports stars.

Yes, you got the right. No go away.

INCEL perverts off our streets!

I agree with 0936: hometown pride is more important. It doesn't matter how big of criminals these 3 (or anyone) may be off the field; they do amazing things now for the Chiefs! I believe when they become less than stellar performers, they will get cut, and their domestic issues will no longer be excused.

no on cares. They just pretend. Kobe Bryant admitted to raping a woman and he's been canonized in the last 48 hours

Put it all in perspective, unless you bet on the game, work for the Chiefs or your last name is Hunt, you got nothing on the line but a parade. I wouldn't get too worked up about it.

Oh Chimpy. You have a bucket and a banana! Lol

10:05 makes good point. I have seen people just freaking lose it if the Royals or Chiefs lose. We might all just be shocked at how many women are victims to abuse after a local ball team loses. But way to many seem to be willing to make someone who wouldn't care if they were dead or alive even richer. Kids need new shoes but screw that the Chiefs are going to the Super Bowl and we need to party and buy up anything with a Chiefs logo on it instead.

Blah blah blah...I expect you'll be out on Monday after the game, at all the orphanages and children's hospitals passing out shoes then? Give it a rest idiot. You played yourself.

A beautiful woman who takes more punches than you said...

The drumbeat unification a chiefs win brings to the "heart"-land overshadows our violent divisions because people are sick of high-level abuses of power, under which they got no shot at all. But not without shining a light on said divisions and RELATABLE everyday abuses of power & trust, upon which MOST MEN (yes, YOU) capitalize, snagging at least an economic "chance" on the backs of unpaid female domestic labor (your mom, your wife, your etc so save your breath--point made).

Women recognize their ultimate economic interests are (still) most likely to be realized as decorative attachments on the arm of abusive patriarchy. They'll be there, in tribe colors, with their mouths shut. Do not underestimate the violence of female complicity--especially against their less economically-secure "sisters" LMAO. Unless the moment translates into a photo op for individual attention, they don't give a f*ck.

But what the hell do I know you slow lame f*cks. All words, no action. Stretch, sigh, YAAAAWWNN. F*ck it: GO CHIEFS

^^Yes, what do you know? You could've saved time and shoved that silly post up your gaped ass instead of boring us to death with it. Do that next time! Dolt!

Oh Chimpy. So active today! Did you get a new bush pig to cuddle? Lol

Beautiful woman who TAKES MORE PUNCHES THAN YOU said...

^ What's your argument??
Don't mean to be rude, but I can't even see it

when's the last time YOU took a punch to the face in front of your kid said...

How dare this be posted !! While we mourn the Death of Kobe Bryant ( rape ), as "probably the most important Man ever " . As one person stated on the Tele. Same tele that gives us our Gods and puppets.

Tyreek should be in jail. Kobe should have been in jail. Rape is rape and child abuse is child abuse just because you're the star of the team is no excuse to not face jail time like any other citizen would. Only in LA would anyone care if Kobe went to jail. Tyreek should have been charged and faced a ban from the NFL. That's what the Chiefs get for hiring these misfits.

And yet we're not. Weird.

This evil little town does not deserve to win. Mark my words.