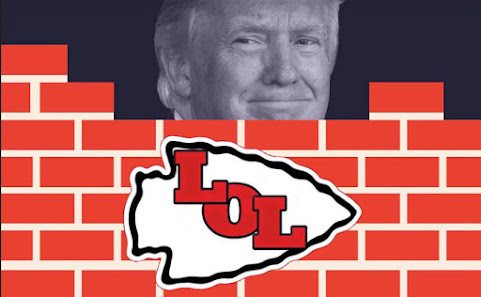 Much to the dismay of local conservatives, Prez Trump has already picked sides against the Kansas City Chiefs.

The President of the United States congratulated the Tennessee Titans on their win over the Baltimore Ravens on Saturday night.

Right-wing fanboys waited for it but there wasn't any love for KC from the White House.

The Commander-In-Chief seems to be much more excited about Tennessee's team than the EPIC comeback story of the Kansas City Chiefs.

LOOK FOR LOCAL PROGRESSIVES TO LATCH ONTO THE KANSAS CITY CHIEFS IN DEFIANCE OF THE PREZ AND TO SCORE POLITICAL POINTS!!!

Again, the team has a great many right-wing fans and they've been online asking the Prez for a bit of acknowledgement. So far, nothing. 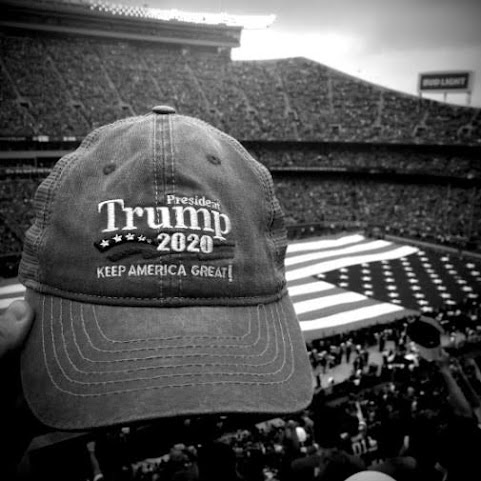 However, the Mayor and most of KC's leadership are devoutly Democratic Party supporters and KC proper has always aligned itself with the Democratic Party candidate over the course of modern history.

LIKE IT OR NOT, THE KANSAS CITY CHIEFS AREN'T PREZ TRUMP'S TEAM AND THIS FACT ISN'T LOST ON THE "MANY SIDES" OF LOCAL POLITICAL DENIZENS!!!

Over the course of the next few days, expect this fact to be exploited as progressives align themselves with the team and their legion of fans.

I'm betting that a lot of people in Tennessee think that the President cursed their team.

They never had a shot against Mahomes & Kelce.

He was just trolling DC sports fans. Not an ounce of sincerity in that pudgy orange turd.

Nope. I mean Tennessee. They're going to LOSE! AND LOSE BIG!

Trump is a professional troll of the highest order. He doesn't care about the NFL, the flag or the teams. I agree with @11:10. He's just tweeting to get a rise out of people and couldn't care less about the outcome. Nothing but a sideshow to him. This is just another popularity contest. The biggest reality show of them all.

So if the Titans beat the chiefs. Trump wins?

Now that I think about it, he wasn't just trolling DC sports fans. That was his crybaby comeback for being booed at the World Series game.

this will make super bowl win for chiefs that much better. Titan chumps will be embarrassed.

I thought Trump was boycotting the NFL and those knelling sons of bitches.

I'm glad Trump can clear his busy schedule of tweeting, golfing, and attending sports events to weigh in on this topic. Where does he find the time...

He was only getting back at the city of Baltimore, a rat infested city. Anybody remember the back & forth social media crap when he called the city rat infested?

And it worked on you, clearly.

Because no other president has ever commented on a highly popular sports event ever!

Rat infestation being the least of that city's problems.

Hey Kerouac(1:10AM), you said the Texans were AFC Championship bound??? You also said Baltimore was Super Bowl Bound?!?! You also said the Chiefs were one and done???? What happened???? Why are you always wrong. Also, why do you suck so much dick? Also why are you up at 1:10AM-Lonely? Is the dementia slowly taking over? Thinking of killing yourself? All of the above?

Nope. The only crimes the impeachment circus could come up with were things they had to invent for the occasion. The crimes you mentioned are actual crimes. 'Abuse of power' and 'Obstruction of Congress' are made up.