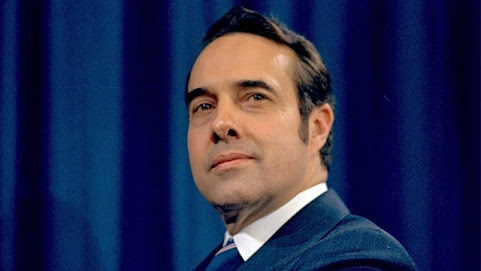 Quick note and the latest sign that the Kansas GOP establishment would rather win than confront a divisive national culture war debate and spend donor cash strengthening the ratings for Fox News.

"Kansas Republican icon Bob Dole has endorsed Rep. Roger Marshall’s campaign for U.S. Senate, a major boost to the congressman who holds the same House seat Dole had at the start of his political career."

Tony, kind of a snarky commentary about the age of the photo.

ANYBODY BUT DOLE!
Please just sit down and shut up, you are irrelevant!

Dole was a loser. He had a chance to be President. He lost to Clinton.

Bob is right.
Kobach will lose.

Dole should have been President.

How is this guy still alive?

Bob Dole is as senile as a 20 year old poodle.

He has no clue what's going on.

He's a loser.. Typed by people that have nothing and are nothing. Now that is some funny shit.

1976 - lost on an incumbent Republican Presidential ticket as Vice President
1980 - lost to not 1, not 2, not 3, not 4, but 5 Republican hopefuls in his first try for the Presidency
1988 - lost to HW in his second try for the Presidency after losing New Hampshire, South Carolina, and every Super Tuesday state
1996 - lost in a landslide to Clinton with the lowest national vote share for a Republican since William Miller and lowest percentage voter turnout since 1924

The rest of the establishment

And yet he is rich and you are not. Weird.

Write this down: Republicans win being conservative. They don't win being middle of the road. Dole, McCain, Romney and Ford have proven this.

I'm all in for Kobach, fuck the haters.