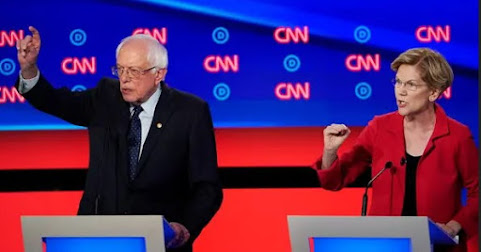 Kansas City ladies march against Prez Trump this weekend but there will be two distinct groups that couldn't unify their efforts.

The Pitch offered some hard to decipher reporting on the disagreement with even more typos than a typical TKC post. But the sitch is pretty simple to understand:

The white lady march is on The Plaza. 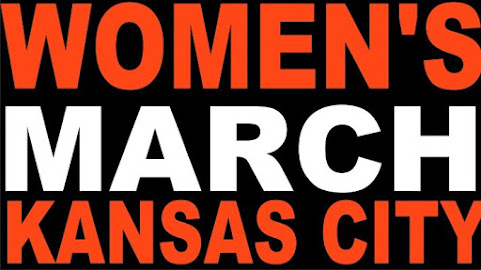 Meanwhile, the LGBT and minority march for women is on the East side . . . 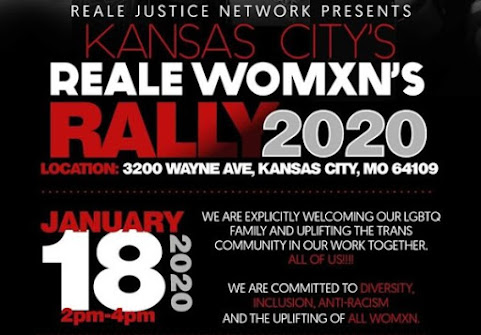 Behind the scenes and via social media, the debate has been divisive and personal.

Allegations over inclusion targeting "Becky & Karen" are met with cutting passive aggressive tones, understanding and endless listening sessions . . . There seems to have been a battle roayle over who will play the political victim most effectively this weekend.

And this local tumult is indicative of the latest ruckus involving progressives and more gender culture war politicking.

Kansas City progressives now confront gender issues and a war of the sexes as Bernie Bros are tagged as sexist for not letting Women for Warren on top.

Sadly, despite all of this debate over equality it's unclear if either candidate can beat Prez Trump.


He Said, She Said


Elizabeth Warren: Bernie Sanders told me a woman would not be elected president

Elizabeth Warren on Monday acknowledged reports that Bernie Sanders told her in a private chat that a woman would not win in a presidential general election. Warren released a statement about their December 2018 conversation after CNN reported earlier Monday that Sanders warned her a woman would not win the presidency.


Bernie campaign slams Warren as candidate of the elite

"I like Elizabeth Warren. [optional]" the script begins. "In fact, she's my second choice. But here's my concern about her." It then pivots to the criticisms of Warren. The Sanders campaign did not challenge the authenticity of the script, but it declined to comment. The Warren campaign also declined to comment.

No Friends In Politics

At Tuesday night's Democratic debate in Des Moines, all eyes will be on Sens. Bernie Sanders (I-VT) and Elizabeth Warren (D-MA) as their once seemingly warm relationship has quickly turned icy.

It's not unclear if they can beat Trump. They CANNOT beat Trump. Both of them won't carry the rust belt states that have now united behind the only guy on stage to kill a terrorist.

Not really that sad.

Don’t these idiots realize trump is the best thing that evar happened for them? Not very smart are they.

^^^ Trump is not the best thing that happened to women by a long shot. It will be a pleasure to watch Senator Warren teach him some manners.

Try some of those nasty tactics that you used against Hillary with her and you'll get voted out even quicker. It's time for a rematch with women. Trump and his deplorables will lose.

Tedious, repetitious and will mean zilch next Nov.


Bernie slams warren as candidate of the elite???? Really Bernie? Now that's funny and people should look at that and his mansion he bought after his 2016 loss! With who's money???? Democrats and some RINO's are now the party of global elite when they use to be for the working man. Just remember voting has serious consequences, if you vote democrat you are voting for globalism and that's not the life you want to live. Bernie disguises it as everything is going to be free. Socialism has NEVER WORKED for the average person on the contrary.

"Sadly, despite all of this debate over equality it's unclear if either candidate can beat Prez Trump."

It doesn't matter who the candidate is because Trump will defeat himself, if he's still in office.

However, beware the cirlular firing squad.

The Misogynist is happy to see you fight each other.

Except that millions of women voted for Trump, and will again.

Lieawatha is toast anyway. After Mayor Pete called her out on her never-ending bullshit in the last debate, she's been fumbling through fake victimhood narratives trying to not look like a zillionaire elite. Bye bye Fauxcahontas.

Competing marches on the Plaza and East Side? How about if they meet up at Troost and settle this like the screeching harpies they are. There Will Be Hair Pulling.

RE: "Elizabeth Warren: Bernie Sanders told me a woman would not be elected president"

1) Elizabeth Warren is a proven habitual liar.
2) Obama stated that he would remain neutral in the nomination race UNLESS it appeared Sanders would win.
3) Team Clinton hates Sanders as well.
4) With few days remaining before their caucus, Bernie Sanders has been leading the polls in Iowa.
5) Democratic Party controlled-media (New York Times, Washington Post, CNN, ABC, CBS, NBC) are coordinating this DNC attack upon Sanders to prevent him winning in Iowa and gaining momentum.

The Democrats will inevitably nominate a WHITE MALE as their candidate. YES, the party that talks ad nauseum about diversity, inclusion, equity, lifting minorities, etc., WILL NOMINATE A WHITE MALE TO REPRESENT THEIR PARTY.

And if you're a WOMAN, a person of COLOR, a MINORITY group member who identifies as a Democrat, you WILL support a WHITE MALE in 2020. CONGRATULATIONS HYPOCRITE!

Women think with their pussies and not their brains. Probably a good thing, but either way they are unqualified to be president.

I'd make an effort not to call other Candidates childish "Third Grade Bully" names if I was a supporter of a Whoremongering Draft-dodging Gutless Mentally-deficient Senile Abortion-buying Con Man Cowardly Thief named Trumpelstiltskin!

Didn't Bernie earn a Bronze Star in Vietnam like you did?

Besides, you guys love abortion!

Saying that this menagerie is "confused" is putting it mildly and being very kind.
Low-information one-issue selfish people who DEMAND what THEY want and can't even get along and work with others in "the movement".
The women's march quickly deteriorated into infighting among black women, the Jewish contingent, and the self-appointed "leaders" looking for publicity and opportunities to cash in.
Typical of "organizations" that quickly are kidnapped by the most extreme elements and rush over the cliff.
Irrelevant to pretty much anything.

I do hope this was not posted by a Trump supporter.

Lying cunt I hope Bernie takes this bs to court

Women are too emotional to lead a country, but a good president needs a good women by his side.

I love it when extreme left wingers have the circular firing squads that Obama predicted.

Two things can be true at once.

A) Trump lies.
B) Warren lies.

Glad to be of service.

A paid (((Sanders))) campaign organizer has been recorded on video calling for Gulags and violence for right-wingers. He is also recorded saying that "cities will burn" if Trump is reelected and that right-wingers are "terrified of Antifa". I think the young man was just dehydrated. I wonder what Tony's readers think.

Hey chuck, wow! That describes you every day!

Holy cow, it's almost like the left is full of insane drama queens or something.

The left has taken all the fun out of political discourse. Use to be a fun subject to debate in the lunch rooms of America until the left got all butt hurt. I have old friends that cannot speak intelligently after hearing the word Trump. So crazy......

I find it ironic that the party that preaches understanding and acceptance don't get along within their own party. As a former democrat it is terrible to think they have become the least tolerant haters in our political system. Trump by process of elimination for me.

Dems only concern is beating Trump -its personal to the DNC, they think they can only do that with a white male to pull off some of the redneck vote in the upper midwest. The're not worried about losing the minority, women or pussy vote. They need redneck boy votes, and they think Biden is the only one who can get them, even if Biden is merely a poor man's Trump. Biden will be the nominee the same way Hilary was the nominee in 2016, the die has already been cast.

It's amusing when the left starts to eat its own in the victim Olympics.

Demosleazeballs not playing well together.

Where are all the hot sluts when we have a women’s march? It’s always just a bunch of fat ugly bull dyke lesbians.

And yet she didn't scam affirmative action. Weird. She didn't even claim to have bone spurs or cheat vendors or... .

You should know that she definitely used a fake ethnic status for career advantage for decades, then lied about it, then embarrassed herself with a DNA test, then sort of apologized. It's almost worth it all just to see her continue to fumble over it.

But if you don't like that lie, how about the one where she claimed she was fired for being pregnant, despite people who were there denying it as well as documentary evidence to the contrary. She doubled down on that 9ne too.

Anyway, why worry? You're stuck with Biden for better or worse.

Yeah, 7:47, Warren's a lying sociopath, yet your idol Trump is a paragon of virtue LOL