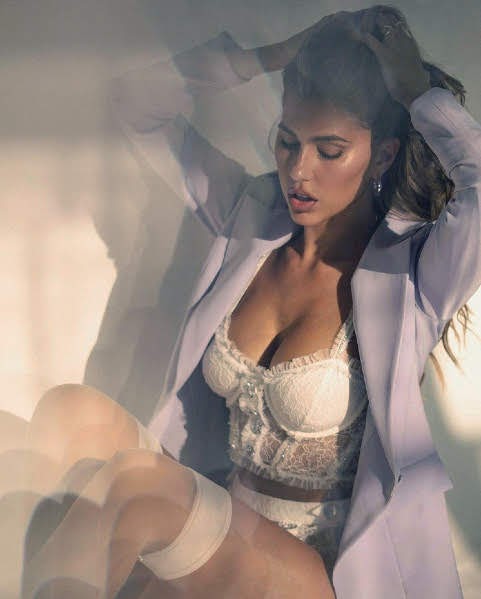 We start the midweek with pop culture fashion hotness, community news and important items from across the nation and the world . . .

KANSAS CITY, Mo. -- Northeast neighbors are concerned about an increase in violent crime following an early morning homicide near Budd Park. The park is less than a block away from Denver and Smart Streets, where a man was shot and killed just after midnight the morning of Tuesday, Jan.


Voters to decide on sales tax increase in April

Personal items that belonged to people who were victims of sex trafficking are on display at University of Missouri-Kansas City . . . Each piece is part of The Apathy Effect exhibit, which aims to show people sex trafficking and exploitation in a real way. https://www.kshb.com/news/local-news/umkc-exhibit-shows-reality-of-human-trafficking

KANSAS CITY, Mo. - The Chiefs playing in the Super Bowl means more business and big bucks for local private jet companies. John Owen is the president and CEO of Airshare, a fractional ownership private jet company based out of Lenexa.

WASHINGTON - President Donald Trump's impeachment trial is shifting to questions from senators, a pivotal juncture as Republicans lack the votes to block witnesses and face a potential setback in their hope of ending the trial with a quick acquittal.

Just Flu Back From China

More than 200 Americans fleeing the deadly coronavirus outbreak in Wuhan were headed to California on Thursday after a stopover in Alaska as the death toll in China jumped to 132. The Alaska Health Department said screenings have been completed on the 201 passengers from Wuhan, the epicenter of the virus outbreak, who were aboard a flight that stopped at Ted Stevens International Airport in Anchorage to refuel.


Democrats are already bracing for a 'hostile' Trump transition

Democrats are bracing for the possibility that if President Donald Trump loses the 2020 election, he and his aides will bungle a smooth handover of power - and maybe even try to outright sabotage the transition.


The best ways to avoid the flu

When winter comes, you can expect two seasonal crazes: holiday madness and flu season. While both are contagious, only one actually poses a risk.We talked to Christopher Mason, a geneticist at Weill Cornell Medical College, and Joe Bresee, the chief of Epidemiology and Prevention at the Centers for Disease Control, who shared the following tips for staying healthy.

The TV show that helped make investing in wild and innovative startup ideas a household conversation is looking for new talent and opportunities in Kansas City. ABC's "Shark Tank" is planning an official casting call 10 a.m. to 5 pm. Friday, Feb. 21 at the OHUB.KC Ecosystem Lab in the historic 18th & Vine District.


Chiefs items so popular at Made in KC

Hide Transcript Show Transcript AND IT IS NOT STAYING ON THE SHELVES. KELEIGH GIBBS SHOWS US MUCH OF THAT GEAR IS FLYING OFF THE SHELVES JUST AS QUICKLY. THE WHOLE WEEK HAS BEEN CHIEFS STUFF ALL OVER THE PLACE. KELEIGH: JUST DAYS AWAY FROM SUNDAY FUNDAY, AND FANS ARE STOCKING UP ON EVERYTHING CHIEFS AND MAHOMES.

We have some light snow moving through the area this morning, leaving snow on the roadways. Please plan for extra travel time for your morning commute. The snow moves out mid morning at the latest and we'll be left with lower 30s this afternoon.

The dimwits have completely lost their god damn minds! Hahahahaha!

The funny thing is that no matter what Bolton says it’s only just his opinion, his quote from the leaker was, and this is a recurring theme with the dimwits, “he was concerned” concerned doesn’t mean jack people. In the end his testimony doesn’t matter, the dimwits for some reason think it’s the bombshell of all bombshells of evidence, it’s not. Of the 27,000 bombshells from the dimwits that they have claimed against President Trump since he took office there still isn’t one crater. Will you people evar learn?

When Dr. Del Toro found that all of her male patients had hypertension and increased pulse, she called it "white-coat syndrome"!!!

The witnesses may be called to testify, but that does not mean that they will be allowed to. The Administration will claim executive privilege and, in McGann's case, attorney-client privilege to block the testimony. Justice Roberts will ultimately have to decide who's right.

^^^^^ Then it's already decided, you can't get much further "right" than Roberts is!

Trump's entire "career" has been littered with carnage and wreckage after every one of his Business Failures, why should his Failed Presidency be any different?

He's going to feel "betrayed" by the American People and will try to get as much vengeance as he possibly can on the entire Country.

It has always been known that the Senate would not vote to remove him from office. The whole point of this exercise was to bring his crimes to the light of day making his re-election, & that of every Republican, more problematic. The Republicans in the House & the Senate are afraid to speak out against him because they need his supporters to vote for them, too. Of course, some of them have sold out & hitch themselves to his bandwagon, while others just go along to get along.

9:09 is correct. When he loses in November, he will claim it was because of massive voter fraud, & call on his supporters to come to Washington & protect him, & keep him in power. He may even declare a national emergency & declare martial law.

Our Constitution is hanging by a thread. We are in danger of losing our Republic.

^^^^^^Man are you ever one dumb motherfucker!

^^and yet he's entirely correct. Weird.


National Betting sites..where odds are determined by people actually putting their money down ( instead of just yapping) list President Trump as a YUUUGE favorite -140 vs. Crazy Bernie at 4-1 , and Creepy Joe at 4 .5-1

McConnell now says he has enough votes to block more witnesses..great - we won't have to listen to sore loser scammer Dolton's yapping.