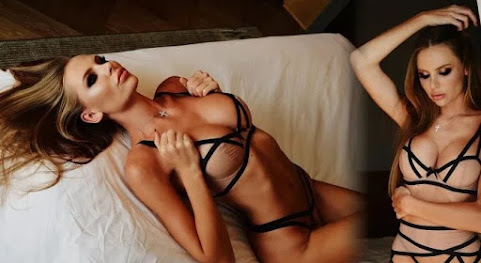 
More than 200 restaurants participating in this year's KC Restaurant Week

It's a favorite event across the metro with a fantastic motto: Dine out and do good. KC Restaurant Week is well underway with hundreds of local restaurants offering special menus with proceeds going to benefit the Don Bosco Centers.The event has been happening for 11 years, and it's been getting bigger each and every year.For Restaurant Week 2020, 218 local restaurants are jumping on board.

WHITEHOUSE, Texas - Chiefs quarterback Patrick Mahomes is going to be getting some extra love from his hometown this Friday, January 14. As the Chiefs head into the AFC Championship against the Tennessee Titans, the town of Whitehouse will celebrate a "community-wide Chiefs Day," according to several public organizations.

A request by Cerner Corp. to sell off a portion of its Innovations Campus bookmarked for retail and mixed-use has been retracted after the massive health care software company couldn't come to an agreement with the Tax Increment Financing Commission of Kansas City.

No Dice For Speaker Nancy


Nancy Pelosi gambled and lost on the impeachment delay

Speaker Nancy Pelosi's announcement Tuesday that the full House would vote on sending the articles of impeachment against Donald Trump to the Senate this week -- a move that will formally trigger the start of the trial against the President in the upper chamber -- amounts to a stark concession that her plan to delay that action for nearly a month failed.

New video footage from a security camera surfaced on Tuesday that shows two Iranian missiles being fired at a Ukranian passenger plane, resulting in an explosion that killed all 176 passengers on board. The news comes after Iran claimed to have accidentally shot down the airliner minutes after it took off from Tehran International Airport on Wednesday.


Canceling Student Debt Is Easier Than It Sounds

Sen. Elizabeth Warren, D-Mass., has pledged to cancel up to $50,000 of debt for 95% of student loan borrowers if she is elected president. Sen. Bernie Sanders, D-Vt., has proposed an even more generous plan if he's elected. Both are bold, controversial pitches that would have a hard time making it through a divided Congress.

KANSAS CITY, Mo. -- Thieves stole thousands of dollars worth of electronics from a childcare center in Kansas City over the weekend. Sharlonda Riley, owner of La'Tim's Little Angels, said she's dedicated her life to bettering the city's east side and taking care of its children.

KANSAS CITY, MO (AP) -- Russell Stover Chocolates plans to close some facilities and stores nationwide but the expected loss of about 400 jobs will be offset by new jobs resulting from expansion in other areas, the company announced Tuesday.

Inspired by a video series created by music reviewer Anthony Fantano, Robert Rimpson's weekly series takes a look at hot takes, unpopular opinions, wacky predictions and more from fans. That the Titans have the Chiefs' "number" and Andy can't beat them- Julia Meader (@jmmeader) January 14, 2020 In this case, c an't is a very strong word.

Kansas City is painting the town red ahead of Sunday's big game. The Chiefs host the Tennessee Titans at 2:05 p.m. Sunday at Arrowhead Stadium in the AFC Championship Game with a trip to the Super Bowl on the line.

Free the nipple on TKC!


Nancy Pelosi knows she has a bogus impeachment and she's trying to drag it out as long as possible. The same thing they said Trump was doing about killing a terrorist in Iran. Democrats new slogan "Death to America" borrowed from Iran. Oh and DID YOU SEE the VIDEO with Bernie Sanders people saying if Trump won city's would burn. See the video on you tube under the title "Video has democratic operative fired." It's hysterical. And to think they accuse us of being intolerant. One guy was even stupid enough to say the the democrats were the party of working people. They haven't been for working people for years now.

She looks like a DST Systems Inc client services girl I knew, and knew well!