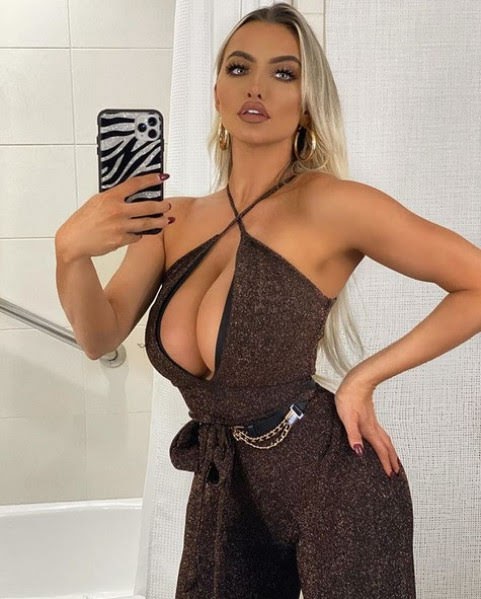 We start the morning with more than a handful of pop culture goodness, community news and then grab interesting items from around the globe for the purposes of education and enlightenment . . .

"They made me a fan and I'm from California," said Aubrey Eitland.The California transplant named her Overland Park cakery Water to Wheat."People go crazy for the Chiefs," Eitland said.Her latest creation is a chocolate, Italian meringue butter cream Patrick Mahomes cake."I got it, basically, from his hair and his headband and just looking at Patrick Mahomes," Eitland said.Like his throws, it's pretty sweet.

The United States government approved the T-Mobile/Sprint merger without fully investigating whether the deal's anti-competitive harms can be offset by merger conditions, state attorneys general argued in a court filing. The US Department of Justice and Federal Communications Commission both found that the merger would harm consumers, a group of states that are trying to block the merger pointed out in a court filing last week.

Missouri Attorney General Eric Schmitt's office has filed a lawsuit against Vinelanders Community Land Trust Inc and its owner, Alice Goodlow, alleging the charity took money from thousands of Missourians without providing promised homes to any of its members.The lawsuit, filed in Jackson County Circuit Court, alleges Goodlow and the trust used money solely on organizational expenses and conditioned members to give money to the trust for their future appliances and furnishings.Kristy Mitchell was a member Vinelanders for two years.


Were there ever slave graves on KCI land?

There's a persistent rumor in local circles that part of Kansas City International Airport was once a slave graveyard. The topic crossed Flatland's radar when an anonymous contributor asked the curiousKC team to see if there is "any truth to that."

Hotness In The News


Lindsey Pelas Leaves Little To The Imagination In A Thong

Model Lindsey Pelas got racy in revealing underwear in her latest Instagram story, where the 28-year-old, Louisiana-born model flaunted her derrière in the cheeky photo and video. In the photo, Lindsey had her back - and her curvaceous backside - to the camera as she looked over her shoulder and took the picture in the mirror.

INDIANAPOLIS (WISH) -- The relationship between increased social media use and poor mental health is a major issue affecting adolescents and teens across the U.S. However, a recent study out of Brigham Young University suggests high usage rates may not be the culprit after all. "It's not necessarily time spent


The stage is finally set for impeachment's dramatic, divisive endgame

The imminent final act of America's impeachment ordeal will be played for far higher political stakes than might be expected given the all-but-guaranteed acquittal of President Donald Trump in his trial in the Republican-led Senate.

KANSAS CITY, Mo. -- Matchbox Twenty announced a new tour Monday, and it includes a stop in Kansas City. The band will bring their 2020 tour to Kansas City's Starlight Theatre on Sunday, Sept. 6, 2020. The show will feature special guests The Wallflowers. Tickets for the show go on sale Friday, Jan.

His gravestone simply reads, "Isaac Stern, Fiddler." Born July 21, 1920, he became one of the most celebrated musicians of his lifetime. This year, institutions around the world - including the Kansas City Symphony - honor his contributions.

Weather On The Way


Tracking a parade of storms

You're right. That is more than a handful of news. Ya bastard.

Slave graves, no. But there are Indian graves there...I remember my grandfather saying that as late as the 1940's there was still above ground markers of their presence.

I love the article about Bruce Watkins...yes, blacks have done much to make Kansas City what it is today!