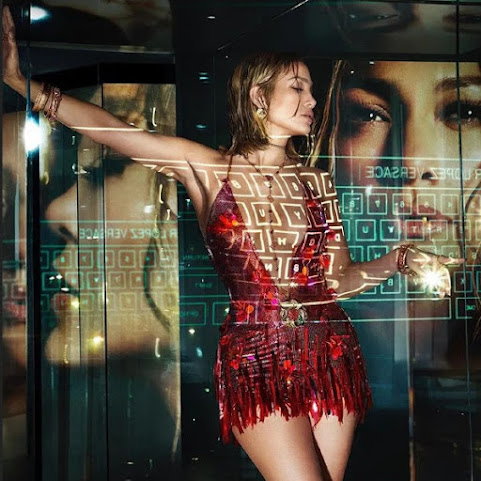 Right now we select some of the most interesting items to share with our most KICK-ASS BLOG COMMUNITY DENIZENS from pop culture, community news and nationwide slap fighting . . .

Photo of Harry S. Truman, courtesy Missouri Valley Special Collections, Kansas City Public LibraryOne of the great forgotten changes in American politics over the last hundred years is the transformation of the Democratic party. A century ago, Democrats were the conservative white Southern party, pictured in cartoons as Colonel Sanders-type gentlemen in white suits.

Just nine days after an activist investor targeted Evergy Inc.' s lack of commitment to renewable energy, the Kansas City-based utility announced plans to boost its wind energy portfolio and highlighted its plans to reduce its carbon footprint. Evergy (NYSE: EVRG) announced that it's in the process of adding 660 megawatts of wind energy to its portfolio.

A group called Missourians for a New Approach is gathering signatures to put the issue of adult-use marijuana on the November 2020 ballot. The group said the effort is being supported by the same backers who helped pass the medical marijuana constitutional amendment in 2018.


Kansas considers requiring 'In God We Trust' in classrooms

TOPEKA, Kan. (AP) - Conservative Republicans are pushing for a law requiring government buildings and schools across Kansas to post the national motto of "In God We Trust," an idea critics say is part of a broader effort by the Christian right to promote their religious beliefs in public life.

MIAMI - Jennifer Lopez and Shakira will make double history Sunday during the Super Bowl's 12-minute halftime extravaganza - it's the first time two Latinas star on that stage and the first time the two global superstars perform together. Before that, Gloria Estefan has been the only Latina to headline the famous halftime show.


Jennifer Lopez stuns in new Versace campaign: 'I am so excited'

Nearly 20 years after wearing the iconic green Versace dress, Jennifer Lopez is reuniting with the fashion brand as the face of its 2020 campaign. The singer, 50, made the announcement via Instagram on Saturday, sharing several photos of herself in the season's new designs, including a pantsuit play on the iconic green dress.


'No blank check for war': House votes to curb Trump's ability to strike Iran, other targets

WASHINGTON - The House voted Thursday to sharply limit President Donald Trump's ability to launch a military strike against Iran and to repeal the 2002 law that authorized the Iraq war, which has been used as justification for other U.S. military operations.

The State Department on Thursday told Americans to not travel to China because of the deadly coronavirus outbreak in the country. The agency issued a "level four" "do not travel" advisory because of the virus, which has infected 9,600 people in the nation and killed 213.

The world's favorite hippo has made her Super Bowl pick. Or at least she attempted to Thursday afternoon at the Cincinnati Zoo.Fiona the Nile hippopotamus, now 3 years old, attempted to pick between the Kansas City Chiefs and San Francisco 49ers.The portly princess was placed in front of two enrichment items, each emblazoned with the logo of a Super Bowl team.

Iced Out In Meth Town

INDEPENDENCE, MO (KCTV) - On Thursday, the Kansas City Mavericks announced that John-Scott Dickson has been relieved of his duties as the team's head coach and director of hockey operations. Dickson was in his fourth season with the Mavericks in those two roles.

Cowtown Warmup On The Way


Friday will be cloudy with high near 40 degrees

Temperatures will fall back into the upper 20s. We could see a few flurries fly tonight and early Friday. The rest of the day will be cloudy.

^^^ LOL! Too bad you never were relevant.

^^^ Your Momma didn't think so!
She went away smiling, and hating the dumbass you think was your Daddy even more!