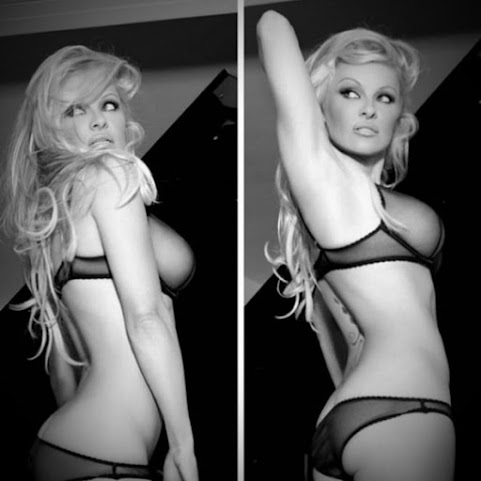 Right now we celebrate classic Pamela hotness, pop culture, community news and more info from across the nation and around the world. Take a look:

Hide Transcript Show Transcript BACKUP DAY IS THURSDAY, BUT WEDNESDAY IS THE TARGET. THIS'LL BE VERY SIMILAR TO BUT NOT EXACTLY LIKE THE CITY'S HUGE 2015 CELEBRATION WHEN THE ROYALS WON THE WORLD SERIES. THE ROSEMANN ARCHITECHTURE FIRM ON GRAND IS PLANNING FOR NEXT WEDNESDAY.

The free program is built to educate children long before the step into a classroom, or even walk. https://www.kshb.com/news/local-news/parents-as-teachers-program-boosts-childrens-development

A new effort by a coalition of Missouri policy-focused organizations aims to give Show Me State entrepreneurs a voice among legislators, as well as renew funding for an agency known for providing meaningful cash injections to Kansas City startups.

ST. LOUIS (KMOV.com) -- The State of Missouri is getting one of the worst ratings in the country from the American Lung Association in the group's new report on the State of Tobacco Control. The lung association gave Missouri an "F" in four categories, including tobacco prevention and control program funding, tobacco taxes, smoke-free air, and minimum age.

Pamela Anderson has no regrets about her secret wedding to movie producer Jon Peters. The former Playboy playmate, 52, took to her Instagram to reflect on how she feels about tying the knot to Peters, 74, earlier this month. PAMELA ANDERSON SHARES FIRST PHOTO WITH HUSBAND JON PETERS "#Honeymoon You never regret saying yes," she wrote with a red rose emoji.

A newly constructed portion of the US border wall tumbled into Mexico Wednesday afternoon amid high winds, a report said. Panels from the wall broke free from their concrete foundation, which had yet to set, in Calexico, California, US Customs and Border Protection Agent Carlos Pitones told CNN.

India has officially confirmed that at least one case of the coronavirus has reached the country. The Ministry of Health and Family Welfare confirmed the country's first case in Kerala, a southwestern coastal state. The government body said in a statement that the patient is a student at Wuhan University in China and has been isolated in a hospital.

KANSAS CITY, Mo. - Battling cancer can be the toughest battle of a person's life, but Thursday night, one organization hopes art will help ease the process. Gilda's Club Kansas City is hosting an art therapy class for cancer patients and their families. The objective is for patients to paint their healing place.


Many teams played at Municipal Stadium

Michael Bushnell Northeast News Located at 22nd and Brooklyn, Municipal Stadium was the home to many professional sports teams long before the Harry S. Truman Sports Complex was completed in 1972. Kansas City's Municipal Stadium opened July 3, 1923, as Muehlebach Field and was home to the Kansas City Blues and the Negro National League Kansas City Monarchs.

KANSAS CITY, Mo. -- Break out the selfie stick. A local paint company is joining the Chiefs frenzy ahead of Super Bowl LIV with a new mural in the Crossroads. The artwork, found on the side of Made in KC, is made of two parts.

Hide Transcript Show Transcript NICK: IT IS A SIGHT TO SEE. SITE TO SE HERE -- A SIGHT TO SEE WHO WOULD BE THE SUN. THE NEXT FEW DAYS WILL BE COLD AND CLOUDY BUT THIS WEEKEND WILL BE A WONDERFUL WEEKEND FOR WEATHER IN KANSAS CITY.

Pam cashes out and KC chills for another day.

Symbolic of just how effective the Great Wall of--where was it?--Colorado is. Our tax dollars at work.

You know what they say about celebrity marriages, "5th time is the charm!!!"

Greatest City in The World

^^ Tat's because she has been "rode hard and put away wet", many, many, many times!

Despite Politician's lies, it's become obvious that we'll never be able to get Mexico to pay for the Wall, but can we at least pay them to prop it up?

^^I think that they would rather we stop buying drugs & selling guns.

Get on your monkey meds Chimpy. Lol