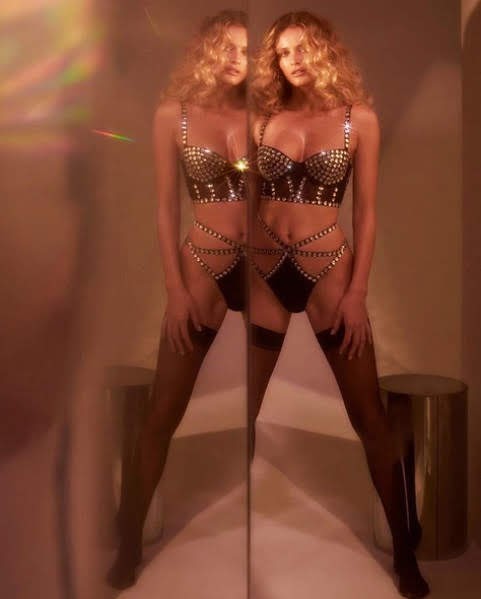 We start this #TBT with the old school "jackpot" VS stylings and then review a bit of pop culture, community news and more . . .

KANSAS CITY, Mo. -- If you haven't been there in a while, you might get turned around trying to park at the historic City Market. That's because there's a major renovation happening right now, which has torn up part of the street and parking spaces.

Two starving dogs found abandoned at Wayside Waifs animal shelter are on the road to recovery. According to the shelter, the animals, named Henry and Louie were found Thursday, Jan. 2. They were emaciated and suffering from urine burns, infected sores, and upper respiratory infections. https://www.kshb.com/news/local-news/dogs-abandoned-at-animal-shelter-making-slow-recovery

Jeffrey Hall is worried about our well-being. "I think this is a really serious social concern. I think there are a lot of reasons to believe that loneliness is on the rise," says Hall, a communications professor at the University of Kansas.

Robbie Guard sees a green opportunity in Missouri's newest industry - medical marijuana. He runs the Cape Girardeau office for MRV Banks. The 13-year-old institution has just three locations along the Missouri side of the Mississippi River. As a relatively young bank with a small footprint, it struggles to bring in new accounts.

Society's standards of beauty - set forth by supermodels - are becoming more unattainable, new research suggests. Victoria's Secret models, otherwise known as "Angels," have become progressively thinner during the past two decades while the average woman's waistline has increased, according to "Unattainable Standards of Beauty: Temporal Trends of Victoria's Secret Models from 1995 to 2018" published in the Aesthetic Surgery Journal in November.

Entertainment (Photo by Theo Wargo/Getty Images for Victoria's Secret) Martha Hunt definitely got everyone's attention Wednesday when she dropped a couple of pictures on Instagram revealing that she and boyfriend Jason McDonald are engaged. The 30-year-old Victoria's Secret model looked amazing as she posed for the beautiful selfie showing her rocking a diamond engagement ring.


Prince Harry and Meghan Markle are hypocrites - abdicate or stay!

How's this for quitting your job: Abandon every aspect you hate, while continuing to reap all the benefits you love. This, in effect, is what Prince Harry and Meghan Markle have done.

After a week of tremors, many fear their homes will crumble if there's another earthquake By Luis Valentin Ortiz SAN JUAN, Puerto Rico, Jan 8 (Reuters) - Puerto Rico's power grid crept back to service on Wednesday after it was shut down entirely as a safety measure on Tuesday amid a storm of earthquakes including the most powerful to strike the Caribbean island in 102 years.

The declaration comes after the 86-year-old justice, who has risen to an iconic status among liberals in recent years, dealt with a series of health issues over the past 12 or so months.

Hide Transcript Show Transcript YOU KNOW SEEING TRAVIS KELCE POST WITH A PUPPY DOG NO ONE IS GOING TO BE MAD ABOUT THIS, YEAH HE'S GOT THAT PUPPY DOG SMILE, LITERALLY.

Winds are picking up once again and will remain strong ahead of our next system. The low won't be a cold one, it will drop into the mid-40s. A few showers are possible Thursday.

I think the "jackpot" is referring to something beside the coin-like design. Also, KC reports on the well-being of dogs too frequently.

^^^ Hey, some of us like the fact that Tony keeps us informed of the doings of Ivanka Trump and Kim Kardashian!


That Meghan Markle is a full blown sociopath. She has done nothing but tear that family and her own apart. She saw a wimp with mental issues and took advantage of him. She did what all sociopaths love to do and that is go to the media before anyone in the Royal family knew anything about it. They should have never let her into that family she was a prostitute on Epstein's Island and has caused trouble for the Royal family from day one sticking her tongue out at the cameras stealing money for her mom, she even threw hot tea on a women and the Royal family had to apologize and pay to get them out of that mess. She's a sick person and a dirty s**t always in dirty clothes she is GROSS! Glad she is OUT! Oh and there is no baby!

^^^Wow.
You care much more about these two than you should.

7:04: You spend WAY too much time reading tabloids. Get a life. Yours, preferably.

When the casino high-roller was provided a complimentary escort for the night, he ended up going "all-in"!!!

@7:04, if " Meghan Markle is a full blown sociopath", what label do we put of Americans who give a fart in a whirlwind about England's Royalty?

Oh Chimpy. Learn more than a few words! Stop trying to act human and get back to amusing us! Lol

I want to give props to RGB. I am almost always against her rulings but I am very happy that she is cancer free. I would not wish that disease on anyone. Not even the guy that shouts out to Chimpy.