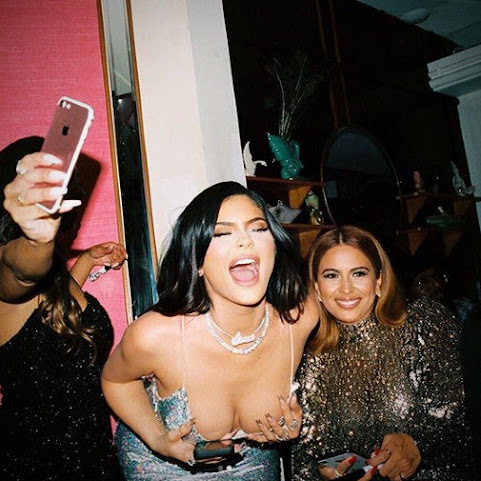 Tonight we share a glance at more than a bit of pop culture, community news and a few more items that have attracted our attention.

KANSAS CITY, Mo. - Missouri's two biggest cities saw a jump in homicides in 2019, and if that wasn't bad enough, an alarming number of killers got away with it. St. Louis and Kansas City have among the highest homicide rates in the U.S. St.

KANSAS CITY, Mo. (AP) - A Missouri man whose conviction was overturned after he spent more than two years in prison is suing the federal public defender's office. Thirty-year-old Aaron Winters says in his lawsuit that his public defender told him to plead guilty even though he was innocent.

A crime spree Thursday that left a suspect dead and the car salesman he allegedly shot badly injured renewed safety concerns at car dealerships and a sporting goods store. The violence started around 11 a.m. on Thursday when 26-year-old Jeffery D.

Star of Keeping Up with the Kardashians , Kylie Jenner posted a New Year's Eve picture that revealed exactly when the tequila kicked in. The young mom, who doesn't normally have a habit of drinking, let loose for this New Year's Eve party.

Kylie Jenner has been accused of cultural appropriation after debuting hair twists in a never-before-seen photo shoot. The Keeping Up with the Kardashians star shared the image on Friday, showing her in the look, which is commonly known as a protective style in the black community.


Bloomberg rises to third place alongside Warren in national poll

Former New York City Mayor saw a 6-point bump in the latest Hill-HarrisX survey of the Democratic presidential primary. The nationwide poll, which was released Friday, shows Bloomberg up from 5 percent to 11 percent support for the nomination nationally. The former New York City mayor is now in a dead heat for third place with top-tier candidate, Sen.

Olathe-based Tea-Biotics has been building out its new production facility and soon will bring key equipment online. It's also testing a new franchising concept in Kansas City. Take a look inside the kombucha maker's new facility and its two taprooms:

KANSAS CITY, Mo. - Future brides and grooms had a chance to meet more than 200 vendors who could help with wedding day plans. The 2020 Winter Wedding Show is being held this weekend at the Kansas City Convention Center.

There's no such thing as cultural appropriation.

We will never have a women President as long as women hate each other.

“Missouri's two biggest cities saw a jump in homicides in 2019, and if that wasn't bad enough, an alarming number of killers got away with it. St. Louis and Kansas City have among the highest homicide rates in the U.S.”

Why are they acting like they’re surprised by this? This isn’t new, it’s been going to hell since 2011 which coincides with the arrival of Petersucker and sLIE, they know who the problem is but won’t deal with those people. These dimwit run cities think people are stupid and will believe this bullshit.

Byron, you’ve never had a woman, at all. You’re a retard.

Voting should be serious business taking the future of our country into consideration not how to help people. That is why women should not be allowed to vote, they are too soft hearted and emotional to make hard choices about a nations survival.