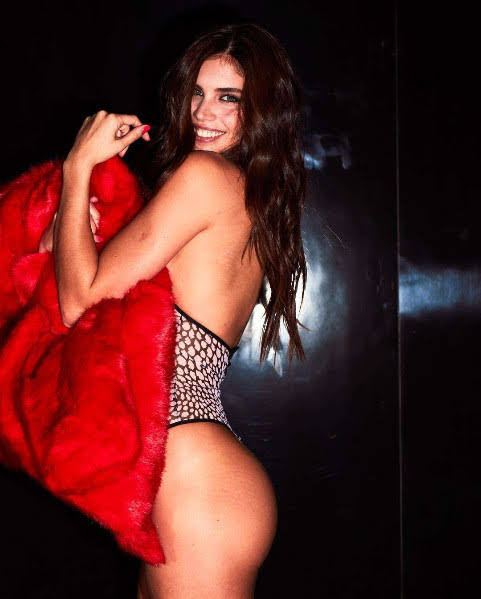 Buses in the largest city in Missouri are on track to offer free rides. Officials with the Kansas City Area Transportation Authority (KCATA) plan to phase out the system's $1.50 fare in the coming year, in a move to remove at least one barrier standing in the way of riders choosing the transit system to get to jobs, run errands and more.

LEE'S SUMMIT, Mo. -- The Lee's Summit Underwater Rescue and Recovery team has been helping local law enforcement agencies around the metro since the 1960's. Now the group is struggling to find the funds to keep helping after a huge budget cut.

KANSAS CITY, Mo. -- A preschool teacher who's on the verge of retiring recently learned he's going to the Chiefs' big game. For nearly 42 years, Rudy Liggins has selflessly poured his time and energy into his work at the Children's Place in Brookside.

Shares of L Brands jumped Thursday after a big analyst upgrade of the owner of Victoria's Secret and Bath & Body Works. L Brands stock price rose 3.02% to $20.58 after an analyst at Barclays boosted her rating on the retailer's stock by two notches to overweight.

The impeachment trial resumes at 10 a.m. EST. Refresh this page for updates. WASHINGTON - Now it's Donald Trump's turn. After three marathon days of impeachment testimony from Democratic House managers on why the president should be convicted and removed from office, Trump's legal team will have equal time to make its case to senators starting Saturday.


Huge rally as Iraqis demand US troops pull out

Huge crowds have taken to the streets of Iraq's capital, Baghdad, to demand that US forces leave Iraq. Powerful Iraqi Shia cleric Moqtada al-Sadr earlier called for a million people to join Friday's march, close to the US embassy in the capital. Iranian-backed militias were among those protesting in the city.

WASHINGTON - President Donald Trump told mayors from across the country that Washington is ready to help. The President invited nearly 200 mayors to the White House on Friday to meet with administration officials like Jim Carroll. Kansas City Mayor Quinton Lucas was among them.

Goat-naming rights are at the center of a friendly wager between the Kansas City Zoo and San Francisco Zoo & Gardens.The zoos said that if the Chiefs win the Super Bowl, a goat at the San Francisco zoo will be named after Patrick Mahomes.

If you ask Travis Kelce, he says he never wants to leave Kansas City. The Chiefs tight end talked to reporters before leaving for Miami to participate in Super Bowl LIV activities, and the five-time Pro Bowler said he'd be quite content to finish out his career with the Chiefs.


Saturday will be cloudy with some breaks; high near 38

Hide Transcript Show Transcript HAS BEEN AS COLD AS 15 BELOW IN THE 1800S. HERE IS A LOOK AT OUR FORECAST TODAY. PRIMARILY THIS GUY IS FULL OF CLOUDS BUT I THINK THERE WILL BE BRICKS IN THE CLOUDS AND YOU WILL BE ABLE TO SEE SLIVERS OF BLUE AT TIMES.

PANTIES OFF is the rule in my house.

Frank is so effing stupid, he can’t even give the lsmo underwater rescue team $50,000 to keep them going, I hope frank drives into a lake and freezes to death because he shut these guys down..... over $50,000, wow.

And yes, panties off is an excellent rule!

Be sure to check the Star for information about Trump's defense arguments. Look for it on page A-6, below the fold, two paragraphs at most.

Sara prepares to strip out of her panties for the pre-game party at 8:07's house!!!

Trump's "defense" seems to consist solely of "Look what Biden did!".

This is really about the November Elections.

Oh you who work and make a living will be the ones who will pay for those who thumb their nose at you while collecting every government benefit they can scam the system for like that WV resident Funkyshit.

To many assholes sucking off the taxpayers tit. Get to work, make you own money and spend it however you want. Want a new fancy office building, then go get a loan like I did when I wanted to build a new house.

^^^So true. Like all the banks that got bailed out and all the developers, streetcar constructors, and so on who always have their hands out!

Guilty of what, exactly? The impeachment charges aren't statutory crines.

3:14 Social Security Benefits are benefits paid for through our FICA taxes. To be eligible for SDI, you must have worked at least ten years. The amount you receive is a function of the amount of taxes that you paid.

People receiving the benefits they earned are not living off of the government.

These are my benefits that I paid for with my FICA taxes.

This is why Trump "loves the poorly educated".

That, & they are too poorly educated to understand that he insulted them.

The Dems wanted Trump impeached before he even became president. It's sickening at how much taxpayer money they've spent trying to pin BS charges on the man. They believe the ends justify any means, which only serves as another indicator of their lack of honesty and integrity. Shifty Schiff, Nadler, Pelosi and the other members of that side of the aisle have wasted enough of our hard-earned money on the BS instead of coming up with their own ideas on how to help America. All this while Trump has boosted the economy, job growth, the military, border security, lower taxation and American pride. It's also why this Independent voter (voted for Obama) is ready to vote for Trump in 2020. A lot of my Indie friends are ready to do the same thing.

Where is Trump's big infrastructure bill? He promised to stop spending trillions on overseas wars and fix America's roads, bridges and airports.