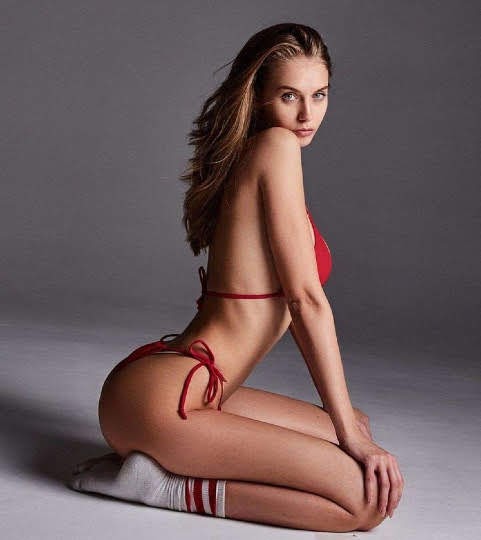 We start this morning with pop culture goodness and tribute to a rising star hottie who already has an International management deal. And then we highlight community news info and a few more items of interest . . .


Community to hold fundraiser for man shot during crime spree

BLUE SPRINGS, MO (KCTV) -- A husband and father is recovering after he was shot at work during a crime spree that ended with a Clay County deputy shooting and killing the suspect. As KCTV5's Emily Rittman shows us, the push to support the victim and his family is already underway.

A New Zealand fashion blogger has taken a stand against a culture that promotes a "new year, new you" by sharing a series of "real" bikini snaps online. Meaghan Kerr recently took to Instagram to share the photos with fans, captioning the post: "Just a rad fat babe, living her life, laughing and having fun at the beach."


Pelosi says she will 'soon' transmit impeachment to Senate

WASHINGTON (AP) - House Speaker Nancy Pelosi said Thursday she will "soon″ transmit the articles of impeachment against President Donald Trump, but warned that Senate Republicans are rushing to acquittal without a fair trial. Pelosi brushed back GOP claims that Democrats are afraid to send the impeachment case to the Senate.

Taco Bell is upping the ante in its pay and benefits, offering some managers six-figure salaries and giving workers paid sick days for the first time. Starting Jan. 1, Taco Bell began offering workers in all its corporate-owned restaurants at least 24 hours of paid sick time a year, the company announced Thursday.


Arrowheadlines: Patrick Mahomes feels that he has improved in the last 12 months

"I feel that I'm [an improved quarterback], 100 percent," he says. "I mean, obviously the stats aren't the same. I don't have 50 touchdowns, 5,000 yards, or whatever it was. But as far as positive plays vs. negative plays, I've done a lot more, just being higher on positive plays and not putting myself in negative situations."

It was an expectant moment when Spencer Lott first slid his hand into an old puppet once used by Fred Rogers on the beloved children's TV series "Mister Rogers' Neighborhood." A moment later, he was filled with an all-encompassing sense of wonder.

Like the good news section but here's a suggestion: It's really FANBOY Friday.


Pelosi will give the articles of impeachment to senate only to have senate vote it down. Nice try Pelosi not going to happen.

Look how excited that Lezak gets when he looks at 13.9 inches.

@TKC, you clickbait SOB. Real bikini my ass. Good thing I didn't eat breakfast this morning and only had alcohol in my system.