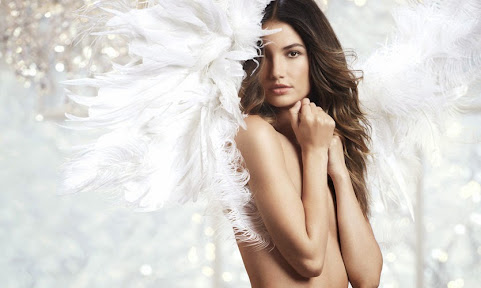 Lots of info worth a peek in the metro and across the nation . . . Here's our afternoon update for our most dedicated readers:

KANSAS CITY, Mo. - The Kansas City Barbeque Society has named it's 2019 winning pitmasters. Over 2,600 pitmasters from across the United States and in 42 countries competed in the KCBS 2019 Team of the Year chase, and the opportunity to be recognized as some of the top barbeque pitmasters in the world.

KANSAS CITY, Mo. - The Kansas City Royals have announced the 2020 season's promotions and special events, which include "Grateful Dead Night" and the return of the Hawaiian shirt giveaway. The Big Slick celebrity softball game is slated for June 5, while other special events range from Salute to the Negro Leagues on May 17 to Girls Night Out on Aug.

Los Angeles Lakers legend Kobe Bryant is among five people killed in a helicopter crash in Calabasas, California, a source confirmed to ESPN's Adrian Wojnarowski. The crash comes one day after Bryant was passed by Lakers forward LeBron James for third place on the NBA's all-time scoring list.


Dershowitz changes his mind on impeachment requirements, argues crime must be committed

As President Trump's impeachment trial moves into the defense phases, Alan Dershowitz on Sunday said that he has changed his mind on whether a crime is needed to remove a president from office in a reversal of his stance during the impeachment of President Bill Clinton in 1999.

Seven Swans Crêperie Popular food truck Seven Swans Crêperie has found a permanent home in the former Sylvia's Deli space in the Westside neighborhood. After two years operating in a kitchen with wheels, chef-owner Kate Bryan is taking the opportunity to spread her wings.

Sponsored content: Buying or selling a luxury home tends to be a more nuanced process because of the quality and level of detail that comes with a $750,000+ price point. "Luxury homes across the KC Market-they're works of art that have to be marketed and displayed properly," says Mike Frazier, the president and CEO of...

Adam shitless is a complete and utter waste of a human being, he’s a lying sack of shit who is starting to become unhinged because he can’t keep up with his own lies and the lies of his party. The dimwits reign of power and greed is coming to an end, and it’s about time.

^^And you support Donald Trump because he isn't "a lying sack of shit who is starting to become unhinged." That's funny.

Everyone takes a helicopter to their daughters b-ball game. Not everyone is allowed to buy their way out of a rape case either.

Mike Frazier, the president and CEO of ReeceNichols Real Estate.

^^^ And his minions in the Jackson county assessment department.

Well, Dershowitz and Lindsey Graham were both adamant twenty one years ago that "there needs be no crime to Impeach" - guess now they're both (along with the entire GOP) advocates of one standard of Law for Republicans and a completely different standard for Democrats.


Chucky Schumer campaigned for the Senate in 1998 on a pledge not to impeach or convict Clinton, CNN noted, and he gave several television interviews in 1998 and 1999 in which he described the Senate as “quite different from a jury” during impeachment trials.

“We have a pre-opinion,” Mr. Schumer said on “Larry King Live” in January 1999, referring to himself and two newly elected Republican senators who had voted on impeachment as House members in 1998 and planned to vote in Mr. Clinton’s Senate trial. “This is not a criminal trial, but this is something that the Founding Fathers decided to put in a body that was susceptible to the whims of politics.”

And demorats are commies so....

Byron is running out of the meds we pay for. Happens EVERY month.

Mostly true. And all true of humanoid dog shit trump.